A TRIO of UFOs have been unearthed in archived NASA Space Shuttle photographs, an alien life conspiracy theorist has claimed.

And the trio were seen and photographed from NASA’s Space Shuttle, during the STS 32 and STS 61 Shuttle missions.

I believe they have a high probability of being alien craft

The first object discussed was spotted in a photographic burst outside of the Space Shuttle STS032 mission as it orbited over the ocean.

Waring said: “This object is moving fast as you can see the clouds moving in the background.

“The UFO is flat, metallic, black and also facing the Space Shuttle’s window at intervals. 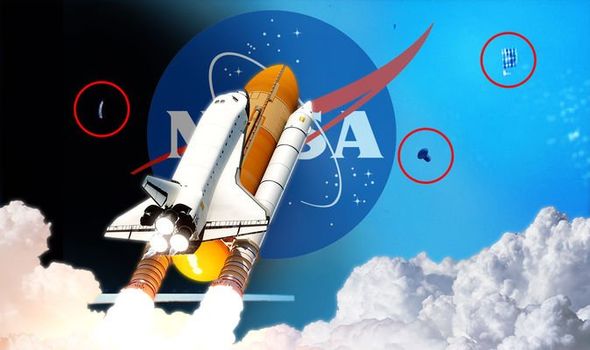 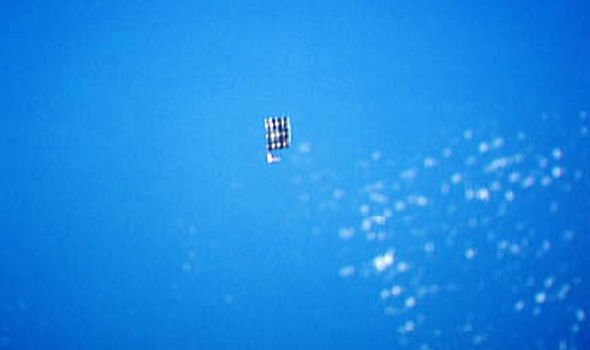 “Were this an UFOs? I believe they have a high probability of being alien craft.

“Those unknown objects would require their own propulsion to keep up with these speeds.

“To say this is simply a Space Shuttle solar panel fragment therefore sounds a little ridiculous.

“The anomaly would have to be matching the NASA spaceship for enough time for the seven photo sequence to be shot.”

Waring reveals the map location indicates the anomaly was shot over the east coast of South America.

The NASA site also reveals the image was shot on a Hasselblad – one of the best quality cameras available.

The next anomaly was captured by the STS 61 Space Shuttle mission, and is described as a “very long, jellyfish-like object” by the conspiracy theorist. 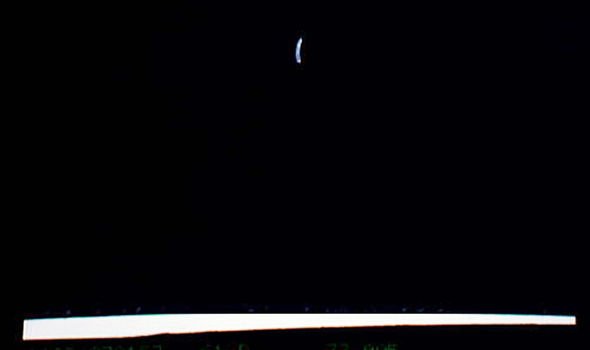 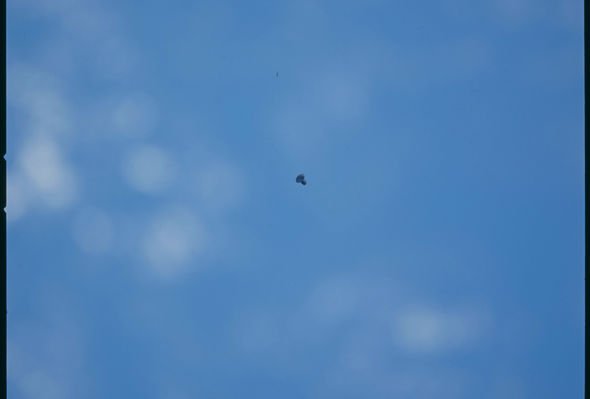 This is thought to have been photographed in the depths of space by the Shuttle.

The eerie object, when viewed in context off the full image, show a slither of Earth glowing white against the blackness of space.

The next object, captured on the same NASA mission is believed to have been viewed from the Space Shuttle window.

The bizarre anomaly is considered to be smooth, metallic with no discernible seams.

Waring addresses the inevitable claims the UFO is in fact a screw or nut. 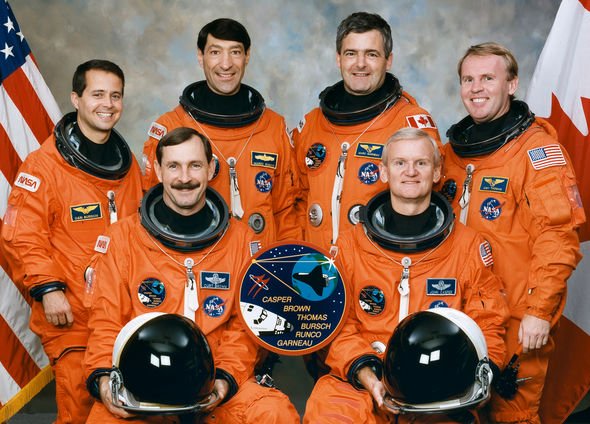 He said: “Screws have lines across the bottom and they also have a line at the head – this one does not.

“At the most, if this a part of the Space Shuttle, this would be a rivet, an object resembling a screw.

“However, the mystery object does not have any lines on it.

“It is curved instead on its base, and rivets are not meant to have this feature.

“So I have no explanation for this or the other objects capable of dismissing them as UFOs.”