AN “ALIEN CITY” has been discovered in an archived NASA photo of the Moon’s poles, a UFO hunter has controversially claimed.

Scott Waring took to his etdatabase.com to expound on the alien conspiracy claims, which he claims closely resembles a previous purported find. He said: “What we are looking at are structures on the Moon’s polar region. “I have seen such white shiny spot before on dwarf planet Ceres.”

Ceres is the largest object in the asteroid belt lying between the orbits of Mars and Jupiter.

These alien structures are almost impossible to see, yet they are there

He added: “These alien structures are almost impossible to see, yet they are there.”

Zooming into the NASA image, he continued: “You can see areas where the top part of the Moon been peeled off and buildings are visible underneath.

“A lot of viewers claim such images are a product of pixilation, but it is not.” 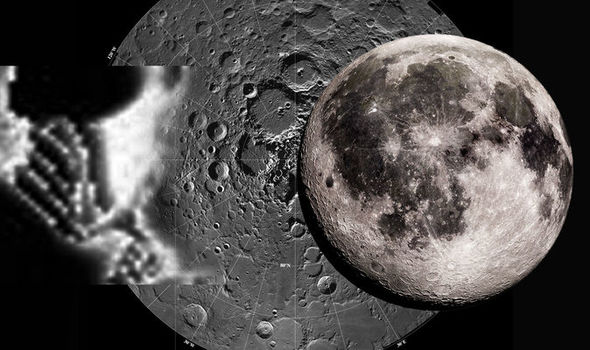 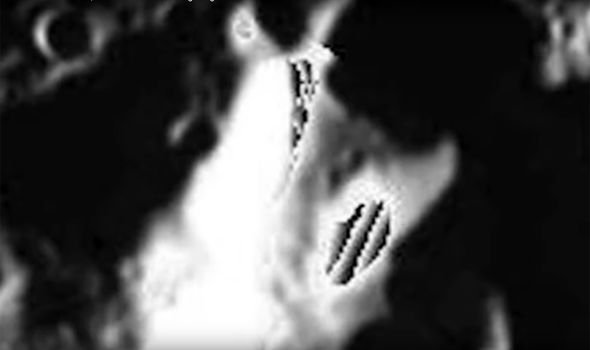 He said: “You can see it is a polar region and as we are looking at it.”

The alien life enthusiast claimed the inner circle of the original NASA photo is always invisible from Earth.

He said: “The dark shadowy spot in the centre is something we can’t see.

“And the little spots that resemble pixilation are actually structures.”

Waring then adds some darkness to sections of the photo to help see the strange lunar anomaly more clearly.

He said: “Look at that, it is like a giant alien air vent, leading to an alien base below the ground.

“It is not an air vent, of course, but is more likely a doorway.

“Or it could be an entrance to some sort of space port.”

The circular lines on the original NASA photo are then used by Waring to contrast between pixilation and the lunar anomalies.

Waring moves on to examine bizarre bubble-shaped lumps in an other section of the old NASA photo. 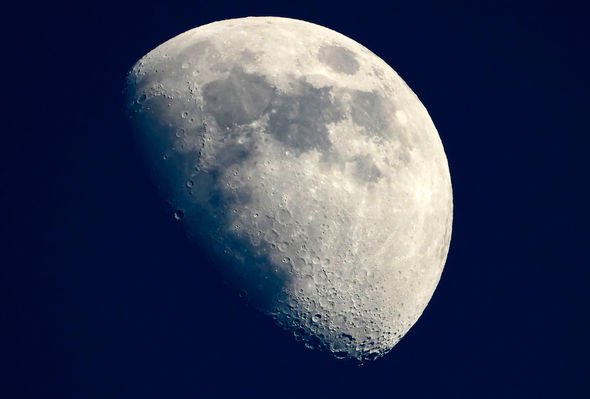 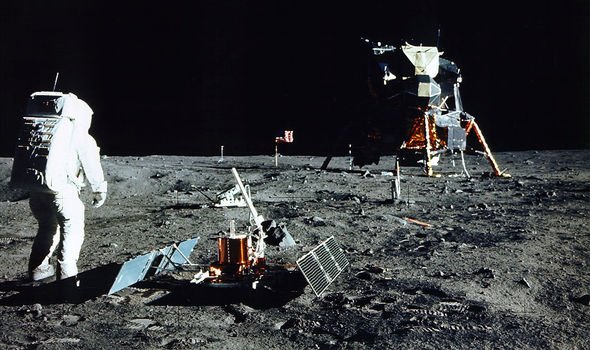 He said: “Now, these ones are black and stand out really well.”

“I will have to add some colour in order to make them more visible.

“I hate doing this, but it is the only way to see the structures in detail

Waring believes its is only a matter of time until humans mimic such sophisticated construction.

“When we imagine an alien city, we see structures like our own, but in 1 million or even 1 billion years are humans really going to make such structures or are we going to change everything about them?”

YouTube viewer George Mair appeared to be convinced, writing: “An amazing find Scott it looks like a giant city of some sort? Definitely intelligently made structures?

And Paul Blake was also impressed by the highly dubious discovery, adding: “Amazing Scott, we wonder how much longer can NASA and Gov keep these obvious images under wraps?”