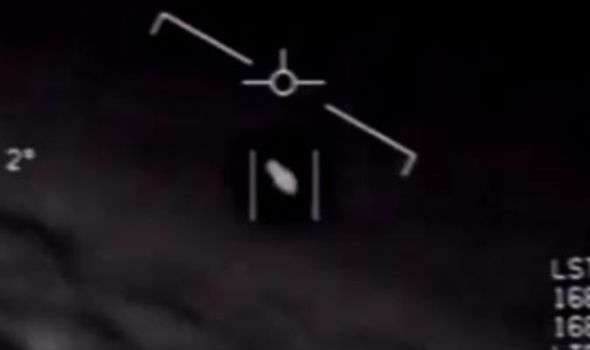 A FORMER US Navy commander has recalled the moment he witnessed a mystery aircraft vanish in front of his eyes.

The Pentagon has officially declassified three videos taken by US Navy pilots that show “unidentified aerial phenomena,” which some claim are UFOs. Former US Navy Commander David Fravor claimed he witnessed the aerial phenomena during his time with the US Marines. He told the Fighter Pilot podcast of his potential sighting of an aircraft that resembled a UFO.

Former Commander David Fravor said: “We are looking to see where this thing is at and it looks like there is something like a seamount under the water.

“I see this little white object. It is randomly moving around.

“It first looked like a 7-47 aircraft, size-wise, pointing to the east. 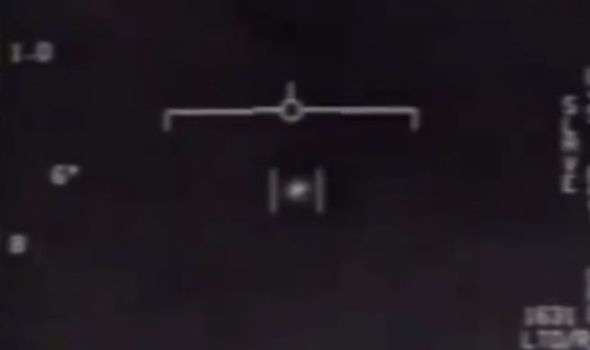 “The little white tic-tac is what we referred to it as.

“It wasn’t changing its direction. The first thing we thought was, ‘Oh it’s a helicopter’.

“I go, ‘What the hell is that?! It literally looked like a tic-tac.”

Explaining he wanted to investigate the object further, Mr Fravor said he flew downwards to meet it.

But the object suddenly vanished, leaving the former Commander and his fellow servicemen baffled.

He said: “We get down towards it and the thing starts mirroring us. So we are in a slow descent and it’s coming up.

“As we approach it and there is about 3,000 ft of altitude between us, the thing rapidly accelerates and then – poof – it is gone as it crosses our noses.

“It just disappears. I was pretty weirded out.

In the past, NASA scientists have provided a much simpler explanation for all of the UFO sightings.

Former NASA engineer James Oberg stated that most sightings are “space dandruff” in front of cameras.

Mr Oberg said: “I’ve had enough experience with real spaceflight to realise that what’s being seen in many videos is nothing beyond the ‘norm’ from fully mundane phenomena occurring in unearthly settings.”

In the past, NASA has put previous sightings down to pareidolia, a psychological phenomenon when the brain tricks the eyes into seeing familiar objects or shapes in patterns or textures such as a rock surface.