UFO watchers have bizarrely accused Elon Musk of a cover-up, after an anomaly described as an “alien craft” this month hurtled past one of his SpaceX rockets.

The SpaceX video appears to show an unidentified object streak past a Falcon 9 rocket at the exact moment satellite JCSAT-18/Kacific1 is released into space. Self-proclaimed ET expert Scott Waring took to his etdatabase.com site to speculate about the bizarre anomaly, first spotted by YouTuber Willease.

Mr Waring said: “You can see a large white disk about a metre across shoot past in a curved trajectory under and past the SpaceX satellite.

“There is no way an object could curve its path in space.

“Only an intelligently controlled or living organism could achieve such a curve.

“This is 100 percent proof aliens are watching SpaceX missions so closely they could touch them.” 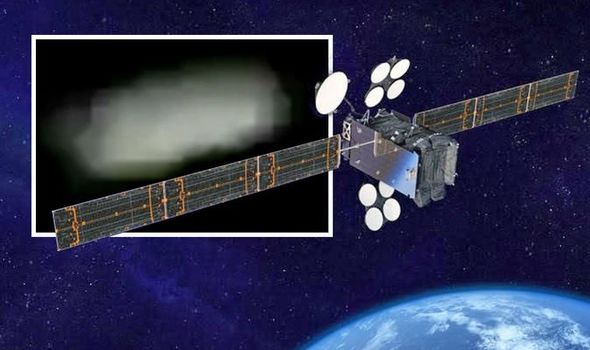 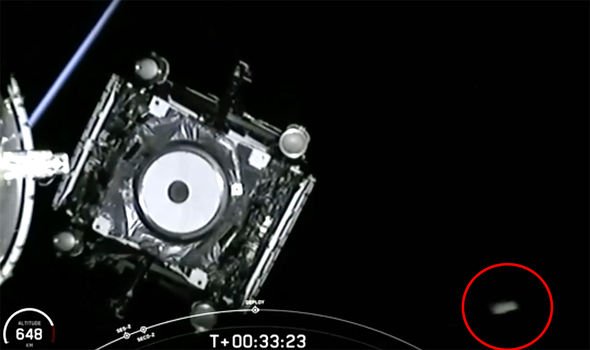 He said: “I don’t understand why Ellon Musk is keeping this a secret from the public.

“Has he been threatened by National Security in order to stay silent on the matter?

“I guess as a businessman, Elon Musk has to make some tough decisions.

“The US government could easily close him down overnight.

“And that would mean billions down the drain and bankruptcy.”

It was this week announced how NASA would provide SpaceX more than $22.6 billion (£17.2 billion), falling short of the agency’s request for lunar lander development.

The JCSAT-18/Kacific1 satellite was deployed approximately 33 minutes after liftoff. 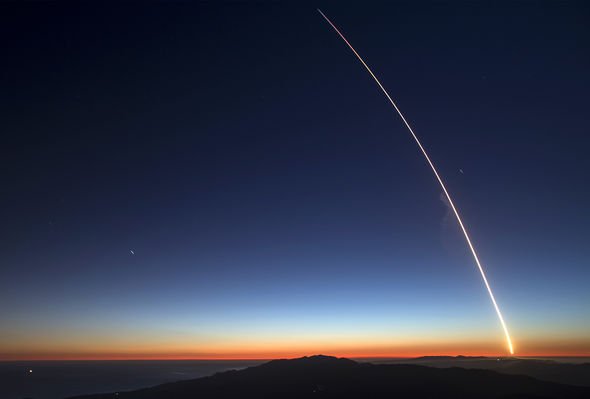 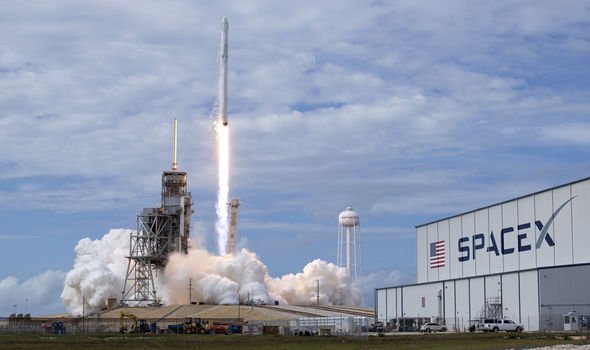 The Falcon 9’s first-stage booster, previously used for NASA cargo runs to the International Space Station (ISS) in May and July, landed on the Atlantic drone-ship Of Course I Still Love You almost nine minutes into the mission, returning to Earth for the third time.

Youtube viewer Ken was clearly impressed by the SpaceX footage, writing: “A white UFO has a curved flight path coming from left bottom to right side of screen! What is going on here?

“No debris or meteor like object can fly a curve in such a short distance!

“Gravity forces of planet earth or the moon affect slower and on longer ranges as far as I know.”