UFO space bases have been sighted on Mars, sparking claims of a NASA cover-up, an alien life conspiracy theorist has claimed.

The bizarre Mars anomalies spotted on Terra Sabaea were shot in high definition by the NASA Mars Orbiter. Self-proclaimed alien life expert Scott Waring took to his etdatabase.com blog to discuss his findings.

Waring said: “I have found some alien structures in a Mars photo.

These are absolute proof aliens exist, yet NASA has never addressed what these objects and others are

“These are absolute proof aliens exist, yet NASA has never addressed what these objects and others are.”

One structure is purported to be a two-tier black base sitting at the centre of a crater.

He claimed this is an image of a “disk” sitting in this huge Mars crater, adding: “There appears to be a giant crevice underneath the alien structure. 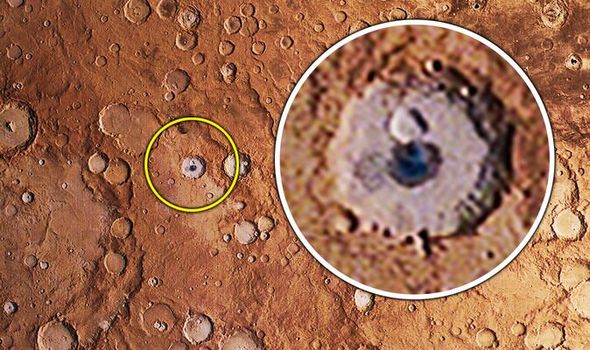 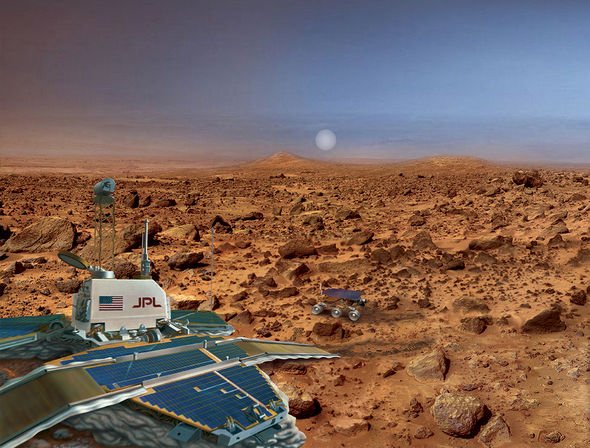 “It seems pretty unique to me and it seems like a giant disk has landed in the centre.

“This alien disk must have landed at a 25 degree angle inside the crater.”

Waring then goes on to examine some of the other strange “structures” nearby.

The next unusual feature found in the desolate Martian landscape is described as “a building listing at a 45 degree angle”.

He said: “The left hand-side is disguised by some of the Red Planet’s regolith, but some straight lines seem to remain visible.”

The provenance of a third area indicative of alien influence is also speculated about.

Waring said: “This is absolutely mind-blowing – this structure appears to have two tiers and it is sitting in the centre of this crater.”

The purple colour of the Mars anomaly does appear to be different from the surrounding craters. 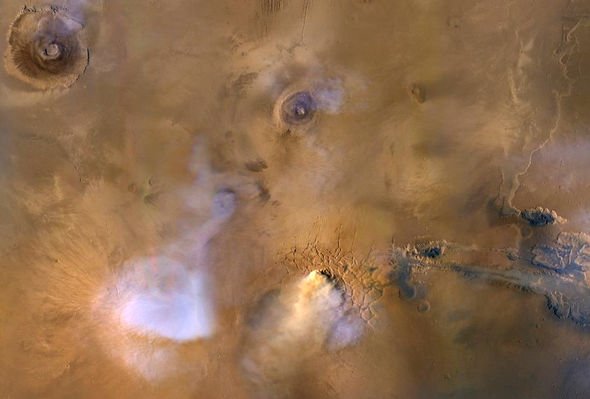 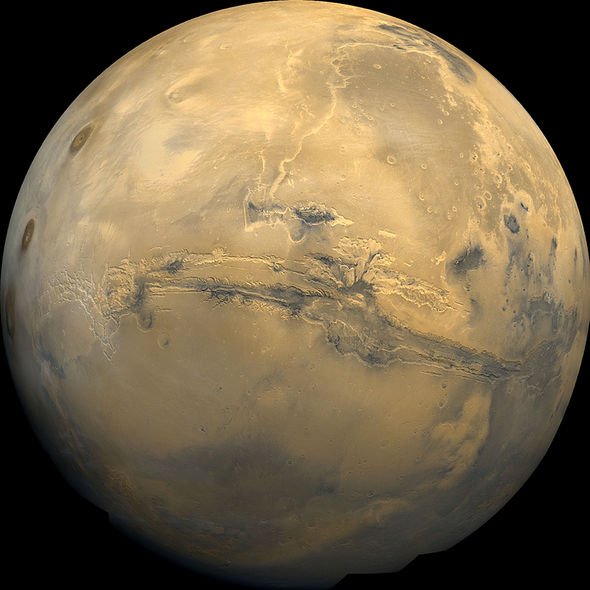 He said: “This crater’s colour is unlike anything around it. Do you see anything nearby that is this colour? No.”

The crater is estimated to be six to nine miles (10 to 15km) across.

This would make the supposed extraterrestrial base at least two miles (4km) wide.

Waring then presents a close-up version of the bizarre black dot sitting at the centre of the crater.

The anomaly is then examined in negative colour, providing a view of the so-called alien base Waring bizarrely describes as “Vatican-shaped”.

The alien Mars base quickly attracted scores of comments on YouTube.

YouTube viewer Charleen Sampson appeared convinced by the footage, writing: “Very cool finds Scott! The one that looks like a saucer, definitely looks like some kind of opening to inner Mars!”

And Curtis Hill agreed, commenting: “Its hard to tell as NASA mess with the pics so much but some looks like buildings.”