AN ALIEN UFO has been sighted lurking near the International Space Station (ISS) before the video feed was dramatically cut by NASA, an alien life conspiracy theorist has claimed.

The International Space Station is the $150 billion space laboratory in operation orbiting Earth since 2000. Since its launch, the NASA astronauts on board the ISS have made innumerable scientific discoveries, from making medical breakthroughs to improving materials for future space missions. However, a prominent UFO hunter believes the International Space Station has now made its greatest discovery – filming an UFO from up-close. YouTube user Streetcap1 uploaded a video of what he describes as an UFO.

The footage was recorded by US space agency NASA on their ISS live camera on YouStream.

Of Sound Mind And Body

Several points of the angular alleged UFO are clearly visible outside of the International Space Station.

UFO conspiracy theorist Of Sound Mind And Body took to YouTube to commentate on the bizarre footage.

He said: “As you can see, there is a massive object lurking in the background.

“The object is completely illuminated by the Sun and it is very hard not to notice its bizarre shape.” 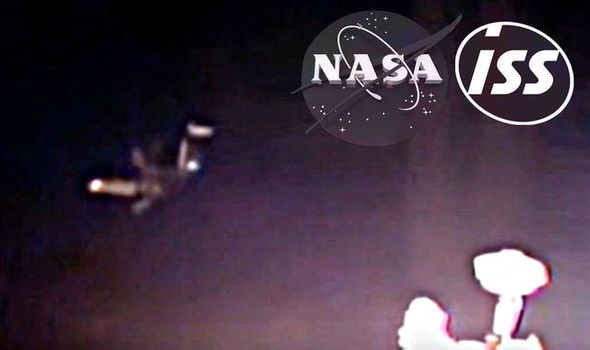 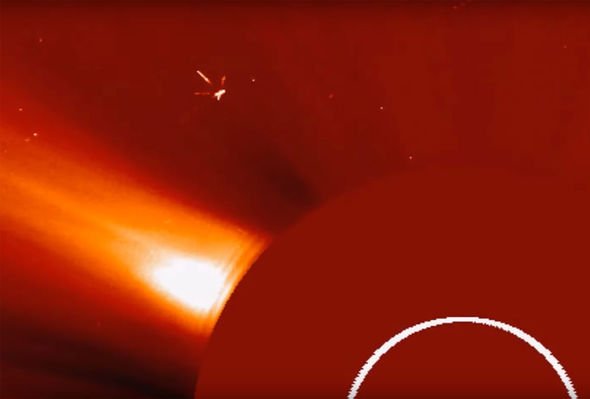 The commentator then proceeds to wildly speculate that NASA deliberately cut the supposed UFO footage.

He said: “After a few moments of the object being completely to in the open for all to see, guess what happens next?

“Viewers were then hit by the infamous NASA blue screen – we say ‘infamous’ due to the number of times it happens when a UFO is seen.”

NASA deletes ISS footage after a few months and this UFO sighting took place years ago, meaning the video cannot be independently verified.

The UFO footage is the re-examined with the brightness and contrast modified in order to exaggerate the anomaly’s features.

The unnamed commentator then continues by revealing the UFO closely resembles other anomalies spotted elsewhere in the solar system.

He said: “The look of this alleged UFO is simple incredible and nothing like this has ever been seen before.

“Well – not exactly. That same year Streetcap1 also uploaded several other videos pointing out that very similar UFO were sighted near the Sun. 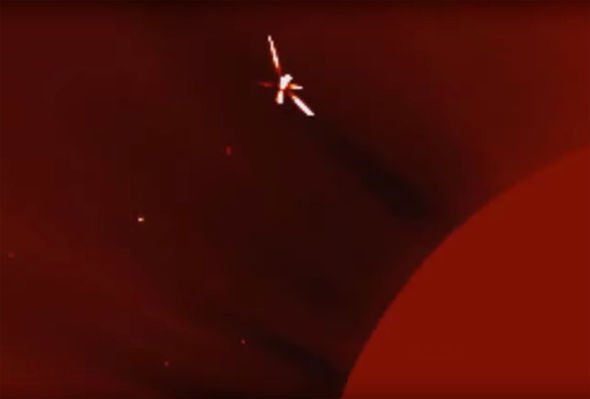 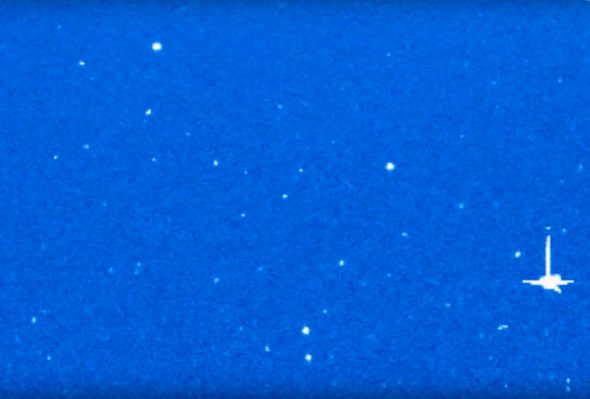 Some of these UFO have been spotted as far way as the Sun, using NASA’s Solar and Heliospheric Observatory (SOHO) website.

And these UFOs appear be similar, if not the same to the one found lurking close to the ISS.

The YouTube commentator finishes by asking: “Could they not all be proof of extraterrestrial visitors to the Sun and outside of the Earth?

“Or are these examples of just nothing at all?”

Self proclaimed UFO expert Scott Waring took to his etdatabase.com blog to speculate on the unearthed UFO footage’s provenance.

He wrote: “The footage shows an extraordinary UFO with a shape unlike anything I have ever seen before.

“The object was recorded on live NASA space station cam and has a very strange appearance.

“It is clear to me that UFOs frequently visit the space station to keep an eye on humanities progress.”

What are the symptoms of the new coronavirus?