UFOs have been spotted near the International Space Station (ISS) during a NASA live stream, with one cosmonaut reportedly heard acknowledging the fleet, an alien life conspiracy theorist has claimed.

Self-proclaimed extraterrestrial life expert Scott Waring believes he has captured the moment a Russian ISS cosmonaut noticed a UFO trio appear on a NASA live stream. Waring took to his etdatabase.com blog to speculate about the conversation with the iconic orbiting space station.

Waring wrote: “This is 100 percent proof NASA knows about alien craft buzzing around the ISS.”

The bizarre footage has been verified as taking place on Wednesday, November 20.

“There is a conversation occurring which really starts bubbling after the alien craft appear.“ 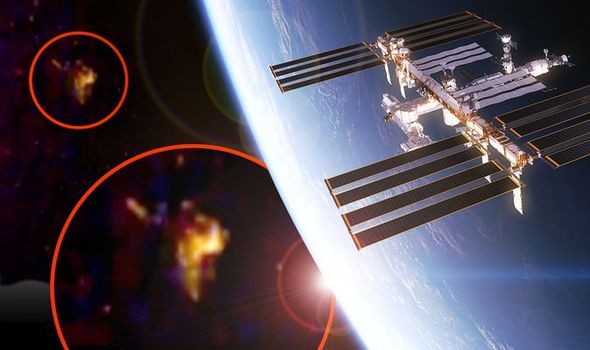 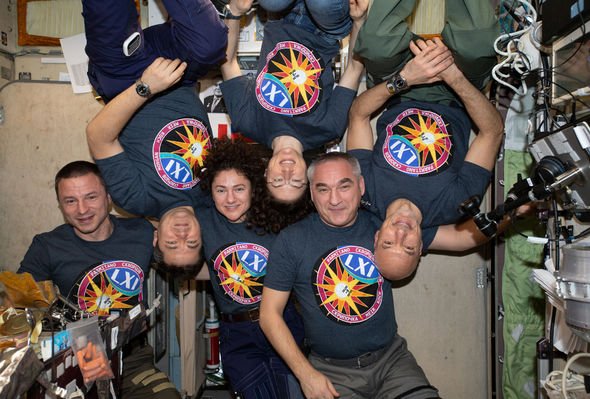 Waring suggests the footage shows up to three different UFOs, each sharing a similar long-tailed design.

Then, 50 seconds into the ISS video clip, part of the L-shaped object on the left-hand of the screen can be seen appearing to bend.

The clip features the voice of a ISS Russian cosmonaut, believed to be either Oleg Skripochka or Alexander Skvortsov.

The crew member is in the middle of an apparently ordinary conversation with ground control, when he is hear say “it’s a ship”, as the bizarre lights arrive in view.

It is at this point a member of NASA ground control can be heard saying: “Copy all, it’s with you, thanks.”

She adds: “Did you do anything that is part of the source maintenance, in addition to what has been reported on?”

Waring claims the NASA ground control cut him off when he spied the alien craft, before he could reveal too much.

He said: “She already saw the alien ships on live cam at ground control.

“She reacted fast, before he could talk about it too much – but he already said the most important thing he could … a ship! 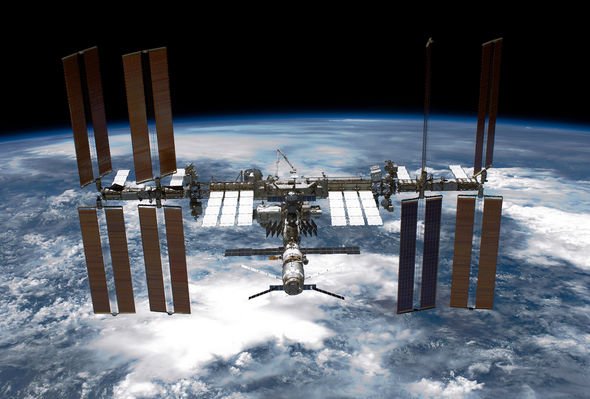 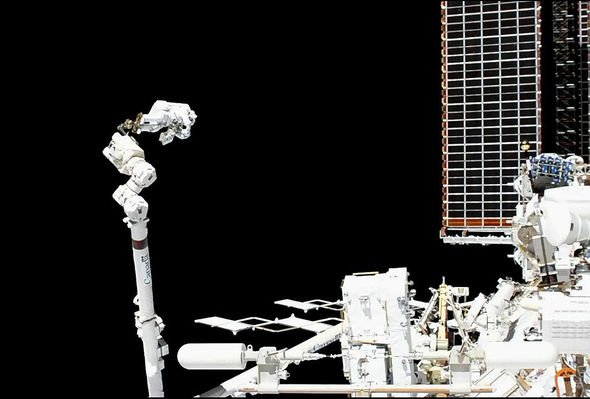 “You see, even he knew it was an alien ship off the bow of the ISS. Eventually going to a red screen with no cam.”

He claims NASA also attempted to cover-up the incident by cutting the live feed soon after the alleged ET encounter.

He said: “Did you notice the video was clear, but when the UFOs appeared, causing a disturbance in the tech and mading the video fuzzy.

“UFOs are known to cause electrical disturbances and to even shut down cars, trucks and watches.

YouTube viewer Holy father appeared convinced, commenting: ”A UFO in the shape of a triangle is clearly visible there.”

And James Miller apparently agrees, adding: “Wow. It is like one huge partially materialised ship. No wonder the astronaut is so nervous – that is as alien as it gets.”

However, GUFON Radio Stream offers a more rational explanation for the supposed UFO encounter, writing: “Isn’t it funny how these objects all move at same speed? 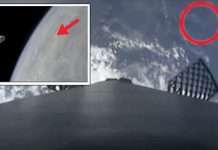