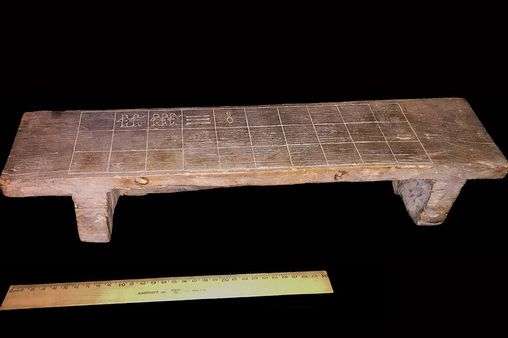 The mysterious board game, called senet, dates back around 3,500 years, according to researchers from Maastricht University

An ancient Egyptian‘board game of death’ has been uncovered that looks just like a Ouija board.

The mysterious board game, called Senet, dates back around 3,500 years, according to researchers from Maastricht University.

While this particular board has been housed in the Rosicrucian Museum in San Jose since 1947, this is the first time that it’s been analysed by experts.

In their study, published in The Journal of Egyptian Archaeology, the researchers led by Walter Crist, wrote: “A game table with markings distinctive of the Thutmoside Period, but oriented like Middle Kingdom and Seventeenth Dynasty boards, it is probably a transitional style.

“It likely dates to the Eighteenth Dynasty before the reign of Hatshepsut, a period to which no other games have previously been securely dated.”

It's believed to date back around 3,500 years
(Image: Walter Crist/The Journal of Egyptian Archaeology)

The researchers believe that Senet was a two player game, in which players took in turns to throw a dice and move five pawns across the board.

While the game was likely played as a form of entertainment, texts from the time suggest the game may have also been used as a way for the living to communicate with the dead.

The board lacks the hieroglyphics symbolising the soul, and instead features the symbol for water.

According to Science, ‘this is thought by archaeologists to indicate some sort of lake or river the Egyptians believed the soul encountered on its journey through Duat.’ 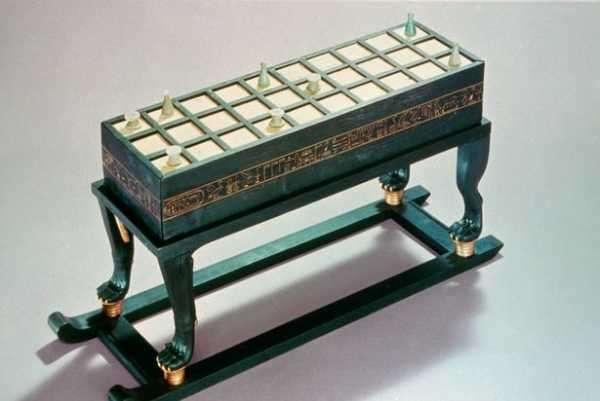 A senet board was found in Tutankhamun's tomb
(Image: Print Collector/Getty Images)

Speaking to Science, Mr Crist said: “It may be one of the first times that this aspect of the journey through the afterlife is visually rendered on the board.”

The researchers now hope to use radiocarbon dating to determine exactly when the board game was made.

They added: “Since the Rosicrucian board is made of wood, radiocarbon dating could possibly help to determine when this box was made, as was recently done with a senet game in the collection of the Arizona State Museum.

“Until such analysis is possible, the board demonstrates what may be a crucial stage in the evolution of the senet game in the New Kingdom.”

UK lockdown latest: Why time is going quickly during lockdown