Home Science and Technology Man catches huge spider dragging his pet goldfish out of pond with... 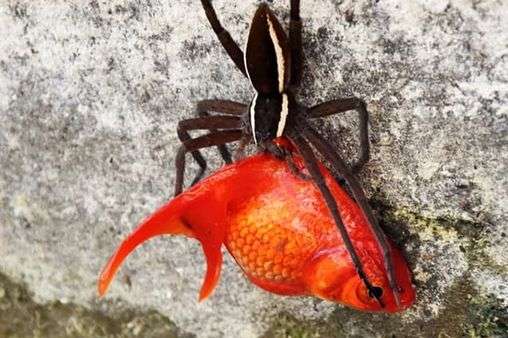 A pet owner was left gobsmacked when he tried to show off his goldfish to his date – only to discover a spider hauling it out of the pond in its teeth.

Terrifying photos show the giant nursery web spider with Cleo the goldfish – named after Geppetto's pet in Pinocchio – dangling out of its jaws as it drags it from the water and carries it up the wall.

The rare moment was captured by tour guide Jérémy Schalkwijk who had taken his date Athina Yalias to see the fish, which he had had for 18 months, in his pond in Barberton, South Africa.

Jérémy claims he watched the arachnid lowering itself into the pool while clinging onto the edge and then hauling its prey up the wall using a combination of its fangs and front legs.

The 33-year-old was blown away by the 'crazy' moment as he believes the fish was double the weight of the determined predator – so he couldn't resist capturing photos of the bizarre sight. 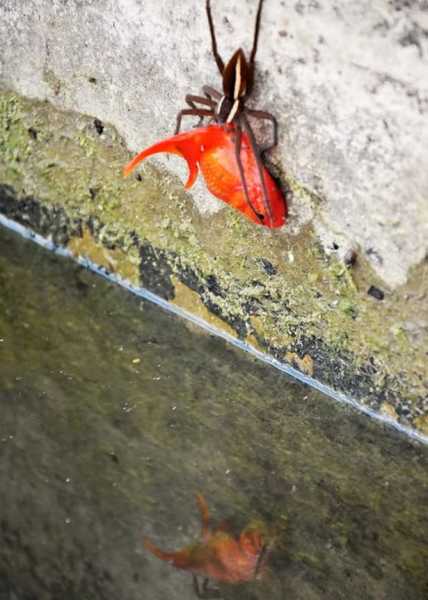 Jérémy, from Barberton, South Africa, said: "It was a crazy, crazy sight. You don't see that every day. I couldn't believe that a spider would be able to carry something twice its weight like that.

"I've never seen something like that before. I knew [the spiders] could fish, but never such a large size. You see it sometimes with small fish like fingerlings, but never with a goldfish. This was twice the weight of the spider."

As Jérémy rushed to show the once-in-a-lifetime shot to Athina, the pair went back outside to watch the spider's next move. 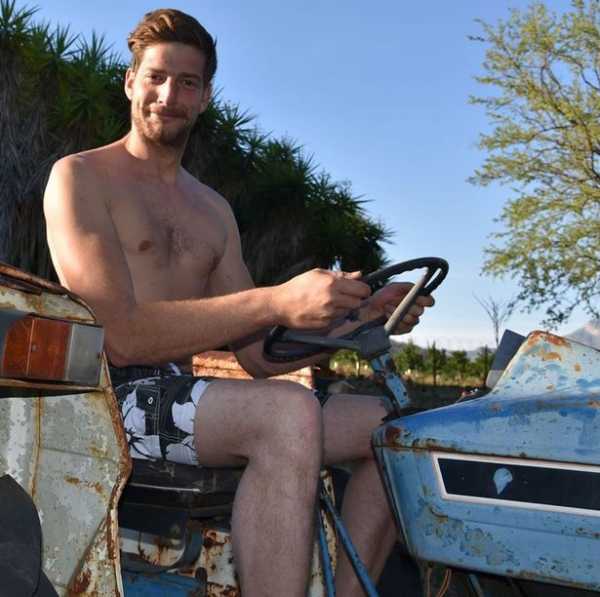 But when they returned, the spider and its prey were 'nowhere to be found'.

Jérémy said: "I spotted this on the second date I had with Athina. She couldn't believe it. She is not a real bush woman so she doesn't have much experience with animals, but she was so impressed.

"When we came back [out] both animals were nowhere to be found. We have a pond with goldfish and I just wanted to show her the fish, then I saw this.

"I could see the spider catching the fish and it had taken it out of the water. The spider can fish if there's grass or a branch above the water, but this was a vertical concrete pond.

"I tried to take the picture of the spider above the water so you can see it's vertical. It would be difficult."

A burst of gravitational waves hit our planet. Astronomers have no...