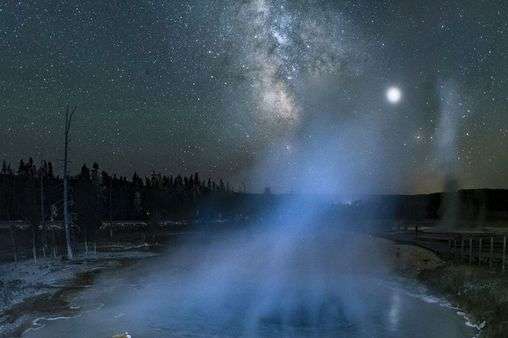 Photographer Lori Jacobs snapped the stunning photo, which has now been featured as NASA’s Astronomy Picture of the Day

The pool of vivid blue water, about 10 meters across, is known as Silex Spring and is located in Yellowstone National Park (Image: Lori Jacobs)

At first glance at this image, you’d be forgiven for mistaking it as a still from the latest fantasy blockbuster.

But the photo is very much real, and shows the Milky Way in the skies of a spring in Yellowstone National Park.

Photographer Lori Jacobs snapped the stunning photo, which has now been featured as NASA’s Astronomy Picture of the Day.

NASA explained: “The Milky Way was not created by an evaporating lake. The pool of vivid blue water, about 10 meters across, is known as Silex Spring and is located in Yellowstone National Park in Wyoming, USA.

“Steam rises off the spring, heated by a magma chamber deep underneath known as the Yellowstone hotspot.

“The steam blurs the image of Jupiter, making it seem unusually large. Unrelated and far in the distance, the central band of our Milky Way Galaxy rises high overhead, a band lit by billions of stars.” 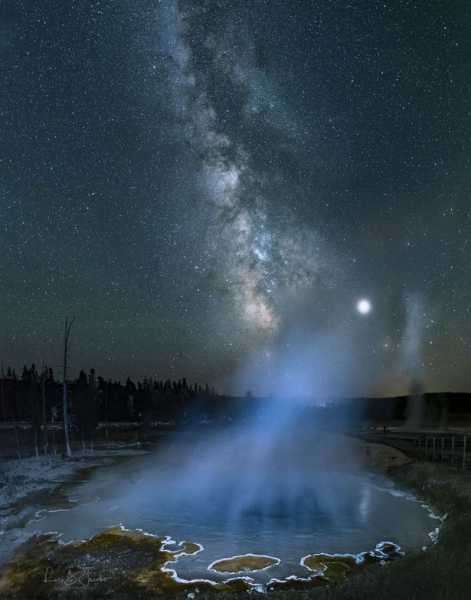 The stunning photo shows the Milky Way in the skies of a spring in Yellowstone National Park
(Image: Lori Jacobs)

Its feature comes shortly after a volcanologist wanted that Yellowstone volcano could erupt at any time, with ‘catastrophic consequences.’

Speaking to Mirror Online, he said: “Yellowstone will erupt again, but it is not known when this will happen or on what scale – volcanoes do not erupt according to a timetable or schedule, and the next major eruption could be far away in the future.”

If Yellowstone did erupt, the consequences would depend on the size of the explosion, according to Professor Branney.

The last large explosive eruption from Yellowstone was about 630,000 years ago, and another similar eruption could be ‘catastrophic.’

Professor Branney explained: “The area in and around Yellowstone would be buried in hot ash from pyroclastic density currents, killing the biota across the region. 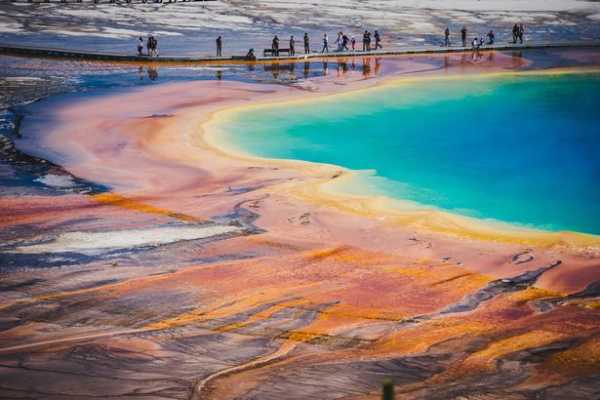 “In time, biota tends to naturally recover from such environmental catastrophes, but burgeoning human populations and infrastructures would be hugely adversely affected.”

While the findings may fill you with dread, thankfully Professor Branney added that Yellowstone is constantly monitored, meaning a large explosive eruption could probably be preempted.

He added: “Should a large explosive eruption occur at Yellowstone, there would probably be some warning, because precursory activity (ground deformation, earthquakes, gas release) tends to escalate before a large magmatic eruption. The volcano is being monitored.”