Home Science and Technology NASA shows what would happen if two planets collided – with ‘catastrophic’... 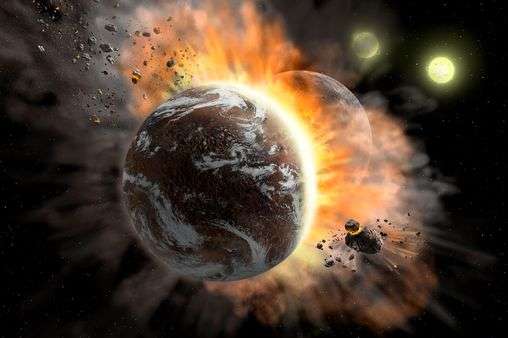 NASA has revealed that two rocky exoplanets are thought to have collided in 2010, with catastrophic results

The idea of two planets colliding may sound like a plot from the latest science fiction blockbuster, but according to NASA , it may have been a reality just 10 years ago.

The space agency has revealed that two rocky exoplanets are thought to have collided in 2010, with catastrophic results.

These planets were in the planetary system BD +20 307, which is around 300 light years away in the constellation Aries.

Back in 2010, NASA detected high levels of dusty debris in this system, suggesting that two planets may have collided.

NASA explained: “Ten years ago, scientists speculated that the warm dust in this system was a result of a planet-to-planet collision. 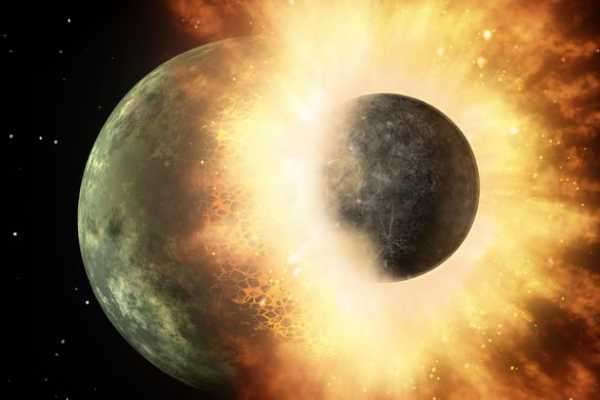 While this may seem unlinked to our own solar system, NASA added that the findings could help to build a more complete picture of our solar system’s history.

It said: “Such a collision could be similar to the type of catastrophic event that ultimately created our Moon.”

The moon formed around 4.5 billion years ago, around 30-50 million years after the origin of the Solar System.

Jan Heldmann, a NASA research scientist, explained: “The moon was formed […] out of debris thrown into orbit by a massive collision between a smaller proto-Earth and another planetoid, about the size of Mars.

“Initially the Moon spun much faster, but because it is not perfectly spherical and bulges out slightly at its equator, the orbit slowed down and eventually became tidally locked — keeping the same face toward the Earth.

“Bulges along the Earth-Moon line caused a torque, slowing the Moon spin, much the same way a figure skater gradually opens to decelerate a spin.

“When the Moon’s spin slowed enough to match its orbital rate, the bulge was in line with Earth, which is why we always see the same side of the Moon.”