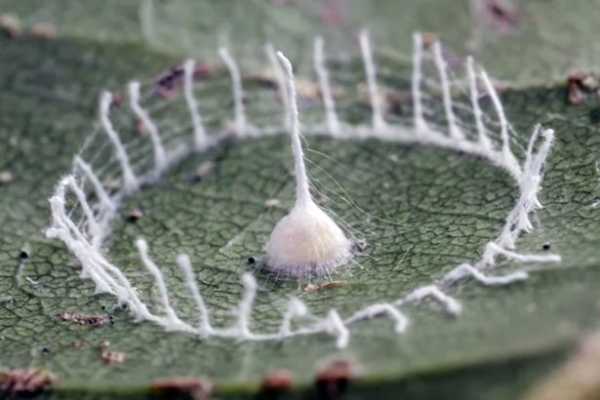 It’s one of the the UK’s most famous landmarks, and now Stonehenge has been recreated – by a spider.

Mr Torres filmed the video during a recent trip to ‘Silkhenge Island’ in Peru, and shared it on his YouTube channel.

He saw not just one, but three ‘Silkhenges’ – strange structures featuring a central tower of silk, with a ‘fence’ of silk spires surrounding it.

He said: “For those unfamiliar with the Silkhenge structure, underneath that middle tower and inside that white ball are several eggs, usually two to four spider eggs, which already makes it  bizarre.

“Why? Because most spiders lay hundreds of eggs at a time, not just a few.”

Meanwhile, the reason for the ‘fence’ around the central tower remains a mystery.

Mr Torres said: “What is it for? Keeping things out? Trapping prey in? Mimicking a fungus on a plant? At this point we’re all guesses.

“Silkhenge is so rarely seen we haven’t been able to take the time to observe it in action, in the wild.”

Several questions remain about why and how the spiders form these structures, and even which species is responsible.

Find your vaping tribe: The cloud chasers, the coil builders and...