Home Strange news Why do some men have red beards, but not red hair? 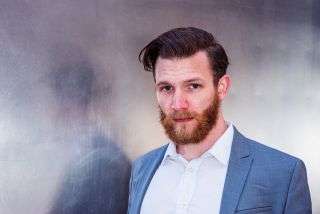 Why does this man have a red beard?

It’s relatively rare to see a redhead — just 1% to 2% of humans are natural gingers. So, you might do a double-take if you see a man sporting a reddish or even a full-blown red beard, even though he is clearly not a carrot top.

What’s the science behind these curious beards, especially among men with dark, blond or even graying mops?

This follicular fluke hasn’t escaped the notice of researchers like Nina Jablonski, professor of anthropology at Penn State University, whose research has focused on the biology of hair hues. “I have observed many, especially younger, men with red beards and red hair and some with reddish beards and light brown, blond or red-blond hair,” she told Live Science.

Most redheads live in Celtic countries such as Scotland, Ireland and Wales, followed by England and the Nordic nations, according to The Telegraph. Perhaps predictably, these red tresses exist because of a genetic mutation. Specifically, a mutation in a gene known as “MC1R,” which controls pigment production in hair cells, among other things such as fair skin, poor tanning ability and pain perception, which may explain why a local anesthetic is less effective for redheads.

Hair color is determined by the ratio of two different pigments; eumelanin is responsible for black tones and pheomelanin causes red ones. People with black or dark brown hair will probably have only eumelanin, or at least it will be the dominant pigment. Blonds, meanwhile, have less of both types of pigment than their darker-haired and redheaded friends. And redheads, of course, have mostly pheomelanin.

One role of the MC1R gene is to code for a protein called melanocortin, whose job is to convert the red pigment into the black one. But if a person has a double mutation in this gene, its resulting proteins aren’t as effective, which lead to red locks.

So, what happens when a person has a red beard, paired with a brown head of hair? The answer has some curious genetics at play, according to Jablonski.

“This will almost certainly be due to the differential expression of MC1R in the follicles of beard hair versus scalp hair resulting in the production of a different mixture of dark brown eumelanin and yellow-red pheomelanin,” Jablonski said.

In other words, the same gene is behaving differently in different parts of the body and that’s probably because there’s just a single mutation of the MC1R gene, rather than a double mutation — meaning that the person is effectively a carrier of the redhead gene.

The phenomenon also occurs in some men as they age — usually as they pass their 40th birthday,  which is probably because the pigment-producing cells in scalp hair and beard hair age at different rates, Jablonski said.

So you don’t have to be young and ginger to have a red beard, but it certainly helps.

Decapitated, kneeling skeleton found in a pit in China linked to...