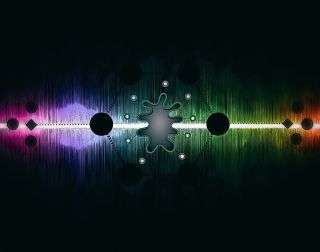 When the bizarre world of quantum physics — where a “cat” can be both alive and dead, and particles a galaxy apart are connected — is merged with computer technology, the result is unprecedented power to anyone who masters this technology first.

There is an obvious dark side. Imagine a world where online bank accounts could be easily hacked into and robbed. But this power can also be turned to good, allowing new drugs to be designed with unprecedented speed to cure disease. To prepare for such a future, many countries are investing billions to unlock the potential of what is called quantum computing. With an eye toward the future, a group of researchers at Fermilab,a particle physics laboratory in Batavia, Ill., has worked with high-school teachers to develop a program to train their students in this emerging field.

This program, called “Quantum Computing as a High School Module,” was developed in collaboration with young students in mind. But it’s also a perfect diversion for science enthusiasts of any age who suddenly have a lot of time on their hands.

This online training course introduces students to quantum concepts, including superposition, qubits, encryption, and many others. These additional concepts include quantum measurement, entanglement and teleportation; students will also learn and how to use quantum computers to prevent hacking. The course is also appropriate for community college or undergraduate students in areas outside of physics, such as computer science, engineering or mathematics, as well as a science literate public. One of the course’s teachers, Ranbel Sun wrote, “It was great to work with a couple of America’s smartest researchers to make sure that the science was right. Combining their knowledge and our teaching experience, we have developed an understandable learning program which bridges the gap between popular media and college textbooks.”

Quantum computing uses the principles of quantum physics, which were developed in the early 1900s. Quantum physics describes the tiny realm of atoms, where the laws of nature seem to be very different from the world we can see. In this microcosm, electrons and particles of light called photons simultaneously act as both waves and particles — a seeming absurdity, but one that is well accepted among scientists.

This non-intuitive quantum behavior has been exploited to develop powerful technologies, like the lasers and transistors that form the backbone of our technological society. Nobel Prize winning physicist Richard Feynman was the first to suggest that computers could be built to directly exploit the laws of quantum mechanics. If successful, these quantum computers could solve incredibly important and difficult problems that are too complex for even the most powerful modern supercomputers to solve. Last year, Google used a quantum computer called Sycamore to solve a problem thought to be virtually unsolvable by conventional computers; a calculation that would take the most powerful supercomputers 10,000 years to finish was solved in just 200 seconds by Sycamore.

The familiar computer on your desk uses a vast array of objects called bits to operate. Bits are basically simple switches that can be either on or off, which is mathematically equivalent to ones and zeros. Quantum computers rely on qubits, which can simultaneously be both on and off at the same time. This peculiar feature is common in the quantum world and is called superposition: being in two states at once. Researcher Ciaran Hughes said, “The quantum world is very different from the familiar one, which leads to opportunities not available using classical computers.”

In 1994, Peter Shor invented an algorithm that revealed the power of quantum computing. His algorithm would allow quantum computers to factorize a number enormously faster than any classically known algorithm. Factorizing numbers is important because the encryption system used by computers to communicate securely relies on the mathematics of prime numbers. Prime numbers are numbers that are divisible only by one and themselves.

However, using Shor’s quantum algorithm, finding these prime factors is much easier. A working quantum computer would make our standard method of encryption no longer secure, resulting in the need for new encryption methods. Fermilab researcher Jessica Turner said, “Quantum computing is a very new way of thinking and will be revolutionary, but only if we can develop programmers with quantum intuition.”

Obviously, any nation state or individual who is able to crack encryption codes will have a huge information advantage. The competition to develop working quantum computers is the new space race.

Quantum computing has the potential to overturn how computers securely communicate: from health care, to financial services and online security. Like it or not, the future is quantum computing. To fully reap the rewards of this quantum revolution requires a quantum fluent workforce. This new program is a very helpful step towards that goal.

The researchers have made their training program freely available.