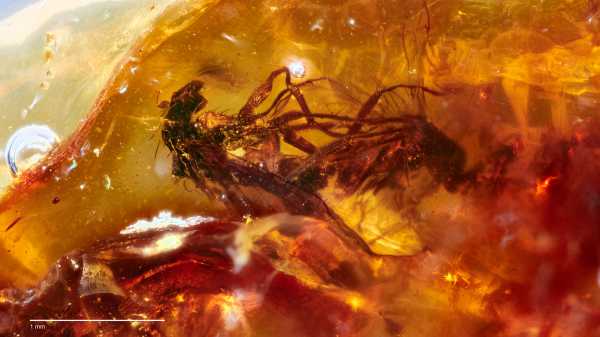 About 41 million years ago, two long-legged flies had just begun an amorous tryst when they were caught fast in sticky sap, which eventually hardened around their joined bodies to form an amber tomb.

The last moments of these mating flies, now locked in amber, offer a fascinating window into life in the Eocene epoch (around 55 million to 34 million years ago), which is part of the Paleogene period. This remarkable “frozen behavior” is one of many amber specimens that scientists recently discovered in Australia; researchers examined thousands of amber pieces from a site in western Tasmania and from other locations in Australia and New Zealand, describing highlights in a new study.

Along with the flies that were “caught in the act,” researchers identified amber samples holding a cluster of baby spiders that may have been newly hatched; plants from forests that once grew near the South Pole; and the region’s oldest known fossil ants. The study authors also found pieces of Australia’s oldest amber, dating to 230 million years ago and originating on the ancient supercontinent Pangaea.

Forming the lower half of Pangaea was an even older supercontinent, Gondwana, which took shape around 500 million years ago. Gondwana then separated from Pangaea about 180 million years ago, breaking away to form what is now Africa, Antarctica, Australia, India, Madagascar and South America.

When scientists examined amber specimens from Tasmanian deposits dating back to much earlier than the Paleogene period, all the way back to the Triassic period (251 million to 199 million years ago), they discovered extinct ferns in the Dicroidium genus, dating to 230 million years ago. Their analysis suggests the amber was part of both Pangaea and Gondwana; it’s now considered the oldest amber found to date in Australia.

Amber this old is rare globally, “so the discovery of Australian amber of Triassic age in the Southern Hemisphere is a major find,” said lead study author Jeffrey Stilwell, an associate professor in the School of Earth, Atmosphere and Environment at Monash University in Melbourne, Australia. 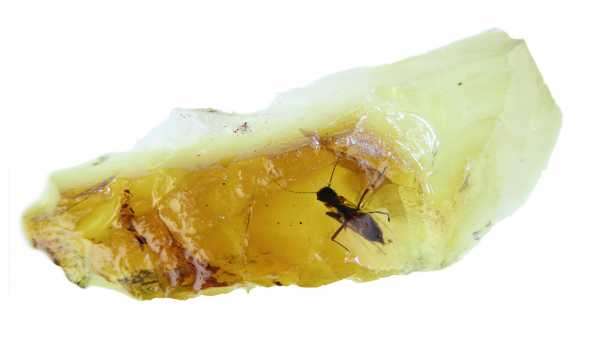 These amber specimens prove that Australian trees were capable of producing sap 230 million years ago, an important clue about a major climate shift during the Triassic that brought increased rainfall to Pangaea, according to the study.

Equally astonishing was the variety of plants and animals preserved in other amber samples, including arthropods such as springtails and midges, fungi, mosses, seeds and leaves, Stilwell told Live Science in an email. The study authors found these tiny traces of ancient life by poring over more than 2,500 amber pieces dating to the early and middle parts of the Eocene.

“The diversity and exceptional preservation of the terrestrial organisms are a huge (and welcome!) surprise to me as a paleontologist,” Stillwell said. “We now have our first definite glimpses of ancient subpolar greenhouse Earth ecosystems, when Australia and Antarctica were attached and situated much farther south in higher latitudes.”

The findings were published online today (April 2) in the journal Scientific Reports.