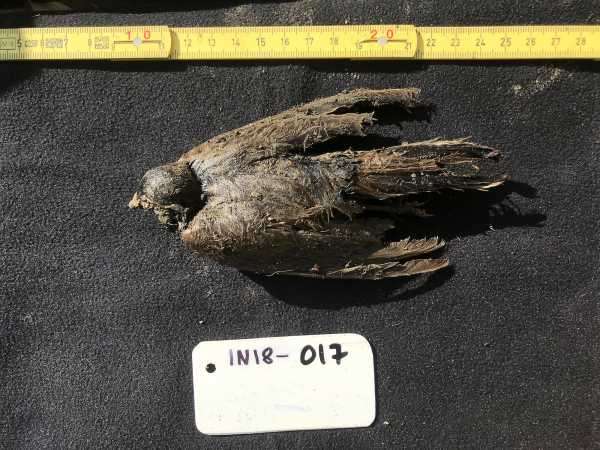 The bird’s frozen carcass was discovered by two men hunting for fossil mammoth tusks near the village of Belaya Gora in Siberia.

For the last 46,000 years, a small bird that died during the last ice age has sat frozen, shielded from decay and scavengers, until two Russian men hunting for fossil mammoth tusks discovered its body in Siberian permafrost.

The bird was in such good shape, it looked “like it [had] died just a few days ago,” said Love Dalén, a professor of evolutionary genetics at the Centre for Palaeogenetics in Stockholm, who was with the ivory hunters, Boris Berezhnov and Spartak Khabrov, when they discovered the bird. 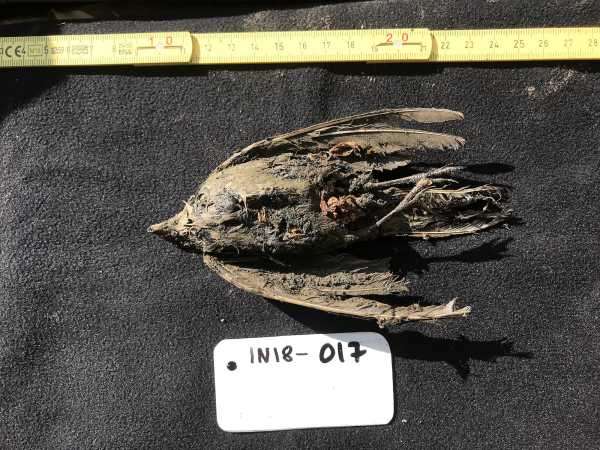 The 46,000-year-old bird’s delicate feet are still in good shape.

When the fossil hunters first uncovered the bird in September 2018, Dalén and his colleagues had no idea of the mystery bird’s age or species. So, Dalén “collected a couple of feathers and a small piece of tissue for radiocarbon dating and DNA sequencing,” he said.

He brought the ice age samples to his lab, where postdoctoral researcher Nicolas Dussex, the lead author of a new study on the bird, analyzed the remains.

Radiocarbon dating revealed that the bird lived during the same time as other ice age beasts, including mammoths, horses, woolly rhinos, bison and lynx.

To discover the bird’s species, the researchers sequenced its mitochondrial DNA, genetic data that is passed down through the maternal line. Although the bird’s mitochondrial DNA was fragmentary — there were “many millions of short DNA sequences,” Dalén said, a common occurrence in ancient specimens — the team was able to piece together these short sequences with the help of a computer program.

Then, the scientists took the finished mitochondrial DNA puzzle and searched for a match in an online database that has the genetic sequences of nearly every bird alive today. The results revealed that the ice age bird was a female horned lark (Eremophila alpestris). 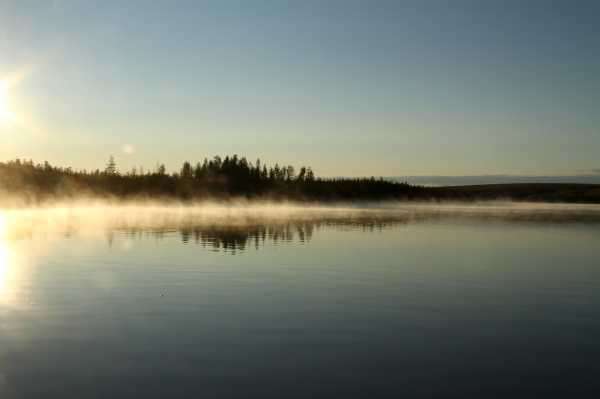 The banks of the Indigirka river in Siberia, near where the ice age bird was discovered. Image 2 of 2 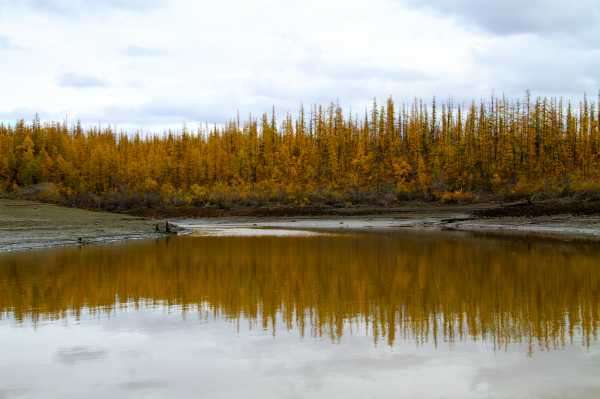 Mist rises off the Indigirka river in Siberia, not too far from where the bird was found frozen in permafrost.

This discovery sheds light on the transformation of the so-called mammoth steppe. When this bird was alive, the land was a mix of steppe (unforested grassland) and tundra (treeless, frozen ground), according to pollen records from 50,000 to 30,000 years ago.

When the last ice age ended about 11,700 years ago, the mammoth steppe transitioned into the three main Eurasian environments that exist today: the northern tundra, the taiga (a coniferous forest) in the middle, and the steppe in the south, said Dalén, the senior researcher on the new study.

Nowadays, there are two subspecies of horned lark: “one living on the tundra in the far north of Eurasia and the other in the steppe in the south, in Mongolia and its neighboring countries,” Dalén said.

It appears that the newly discovered bird is an “ancestor of two different subspecies of horned lark,” he said. As the environment changed, however, the horned lark diverged into the two evolutionary lineages that exist today, Dalén said.

“So all in all, this study provides an example on how climate change at the end of the last ice age could have led to the formation of new subspecies,” he said.

The study was published online Feb. 21 in the journal Communications Biology.