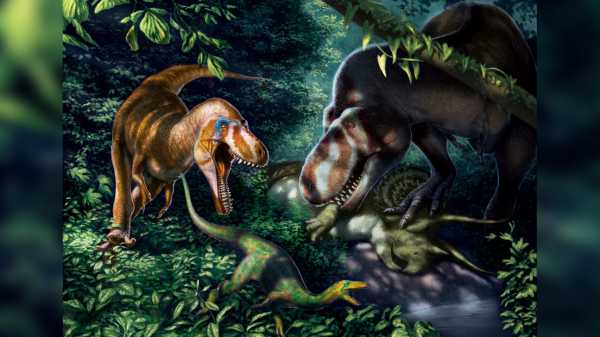 T. rex teenagers were more lightly built and faster than the much larger, lumbering, bone-crushing adults they would grow into.

Two 6-foot-tall dinosaurs, nicknamed “Jane” and “Petey,” have been confirmed as Tyrannosaurus rex teenagers with years of growth ahead of them, and not a pygmy dinosaur species as some had argued.

Microscopic analysis of the bones from the two skeletons, both found in Montana in the early 2000s, determined that they were from two Tyrannosaurus rex juveniles, 13 and 15 years old at death — and not a new species named Nanotyrannus, which has been suggested.

revealed key new details about the growing years of T. rex, the world’s most-famous dinosaur, which lived between 70 million and 65 million years ago.

But by age 20, when they reached the size of an adult T. rex, both Jane and Petey would grow to around twice that height and length, and pack on an astonishing 16,000 lbs. (8,000 kg) of additional body mass, Woodward said. 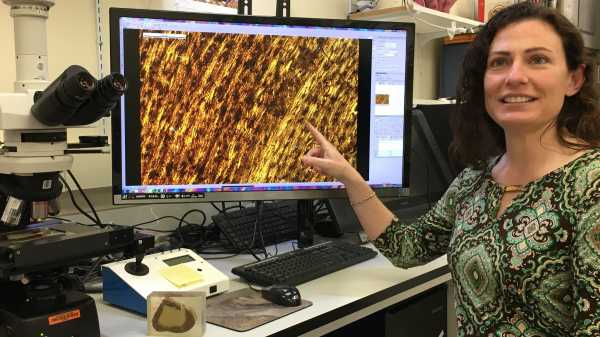 Scientists can determine the accurate age of a fossil from the microscopic structure of its weight-bearing bones — the leg bones in the case of Jane and Petey, Woodward said.

Weight-bearing bones show age rings, a bit like the growth rings in the trunks of trees, which represent a period of slower growth every year and is often caused by a season, such as winter, when less food is available, she said.

The annual age rings on the T. rex leg bones showed that Jane — an almost complete dinosaur skeleton found in the Hell Creek Formation in Montana — was 13 years old when she died, while Petey — a fragmented skeleton found a few miles away — was 15 years old.

The study also revealed that the tissues inside the bones of both skeletons were laid down quickly and almost without orientation, which suggested they were from quickly growing juveniles; adults have more regular bone tissues.

The juvenile T. rex bones also lacked a distinctive outside layer known to scientists as an “external fundamental system,” or EFS, which is characteristic of the bones of adult animals, Woodward said.

Very few skeletons of T. rex juveniles have been found; the analysis reveals important features of the T. rex life cycle. For instance, the space between the age rings on the leg bones is inconsistent in size, suggesting that T. rex could vary its growth rate to allow for years when there was more or less food available, Woodward said. That’s a trait seen in some other dinosaurs and some modern animals, such as alligators, but most animals tend to grow at a constant rate until adulthood, she said. 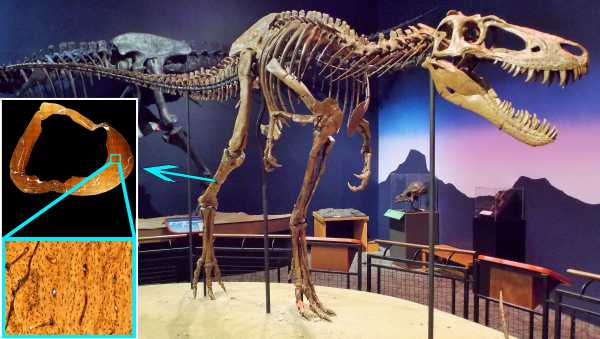 Jane’s skeleton was found in the Hell Creek Formation in Montana and is now on display at the Burpee Museum of Natural History in Rockford, Illinois.

“They are more lightly built, they are not as heavyset, and their teeth are more laterally compressed and more knife-like,” she said.

Previous studies had determined that T. rex juveniles had not developed the powerful bone-crushing bite of fully grown adults, she said.

“The big T. rex could basically just bite into anything, crush the bone and eat it all, whereas Jane and Petey were more adapted to precision bites and cutting into flesh,” she said.

That meant that a T. rex would probably have needed to eat different types of animals as it grew up, she said.

There is still much to learn about Tyrannosaurus rex teenagers; Woodward estimates only about five juvenile T. rex skeletons are known to exist. But more could be hiding out in museum collections.

“When you think of a Tyrannosaurus rex, your image is of a large animal,” she said. “It might be that we actually do have more juvenile T. rex in the museum collections, and it is just that they may have been mistaken for something else,” she said.