Home Animals A Blue Whale Had His Heartbeat Taken for the First Time Ever... 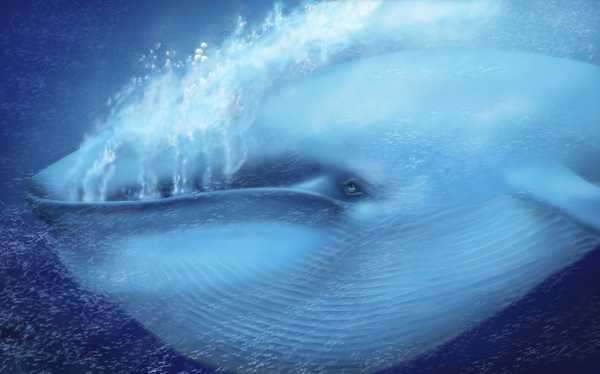 Blue whales are the largest animals to ever live on Earth.

When the largest animals on Earth grab a snack, their hearts skip a beat — or sometimes 30.

That’s what a team of marine biologists found after recording a blue whale’s heartbeat for the first time ever. After suction-cupping a pulse monitor to the back of a blue whale off the California coast, the researchers watched as the gargantuan creature dove and resurfaced nonstop for nearly 9 hours, alternately filling its lungs with air and its belly with schools of tasty fish hundreds of feet below the surface.

, the simple act of catching a bite may push a blue whale’s heart to its physical limits — and that could explain why no creatures larger than blue whales have ever been spotted on Earth.

«Animals that are operating at physiological extremes can help us understand biological limits to size,» lead study author Jeremy Goldbogen, an assistant professor at Stanford University in California, said in a statement. In other words: If a blue whale’s heart could not possibly pump any faster to fuel its daily foraging expeditions, how could a larger animal’s heart pump even faster to fuel it with even more energy?

The biggest hearts on Earth

Blue whales are the largest animals ever known to have lived on Earth. As full-grown adults, blue whales can measure more than 100 feet (30 meters) long, or roughly the size of two school buses parked bumper-to-bumper. It takes a big heart to power a creature that size; while not actually large enough for a human to swim through, as an urban myth claims, one beached blue whale’s heart weighed in at 400 pounds (180 kilograms) in 2015 and looked to be about the size of a golf cart.

Scientists already knew that a blue whale’s pulse must slow down at depth. When air-breathing mammals dive underwater, their bodies automatically start redistributing oxygen; hearts and brains get more O2, while muscles, skin and other organs get less. This allows animals to stay underwater longer on a single breath, and it results in a significantly lower heart rate than normal. This is as true for human landlubbers as it is for blue whales — however, given the whale’s gargantuan size and proficiency at diving more than 1,000 feet (300 m) below the surface, their hearts are pushed to limits far beyond ours.

To find out exactly how much a blue whale’s heart rate changes during a dive, the study authors followed a group of whales they’d previously studied in Monterey Bay, California, and tagged one with a special sensor mounted on the end of a 20-foot-long pole (6 m). The whale was a male first sighted 15 years ago. The sensor was a plastic, lunchbox-size shell equipped with four suction cups, two of which contained electrodes for measuring the whale’s heartbeat.

The researchers tagged the whale with the sensor on their first attempt, and there it remained for the next 8.5 hours as the whale dove down and resurfaced on dozens of food-foraging missions. Most of this time was spent underwater: The whale’s longest dive lasted 16.5 minutes and reached a maximum depth of 600 feet (184 m), while the whale never spent more than 4 minutes at the surface to refill its lungs.

The sensor showed that, at the lowest depths of each dive, the whale’s heart was beating an average of four to eight times a minute, with a low of just two beats per minute. Between these low-tempo beats, the whale’s stretchy aortic artery slowly contracted to keep oxygenated blood slowly moving through the animal’s body, the researchers wrote.

Back at the surface, the whale’s heart rate accelerated to a blistering 25 to 37 beats per minute, rapidly charging the animal’s bloodstream with enough oxygen to support the next deep dive. During these rapid refueling stops, the whale’s heart was working close to its physical limits, the study authors wrote — it’s unlikely a whale’s heart could beat any faster than that.

This natural cardiac limit may explain why blue whales max out at a certain size, and why there have never been any known animals on Earth any larger. Because a bigger creature would require even more oxygen to sustain its long, deep dives for sustenance, its heart would need to beat even faster than a blue whale’s to refuel its body with oxygen at the surface.

According to the study authors, that doesn’t seem possible based on the current data; blue whales may have — now and forever — the hardest-working hearts on Earth.

Two ‘warrior women’ from ancient Mongolia may have helped inspire the...