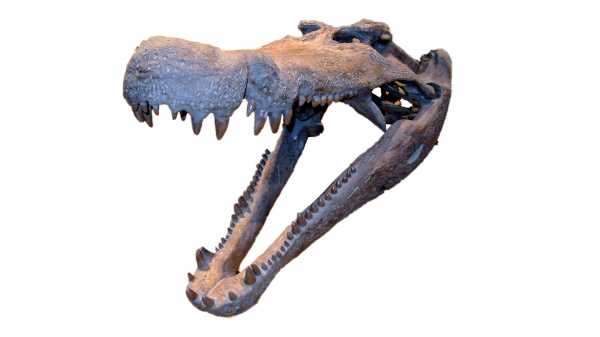 A reconstruction of a Deinosuchus hatcheri skull at the Natural History Museum of Utah.

Known as Deinosuchus, which means «terrible crocodile» in Greek, this lineage of semiaquatic reptiles certainly lived up to its name. They were among the biggest predators in their watery North American habitats, where they lived between 75 million and 82 million years ago. And with bodies at least 33 feet (10 meters) long, they could subdue just about any animal that wandered within reach — including dinosaurs.

Paleontologists had previously identified three species of the terror crocs. But some experts argued that fossil evidence defining the species was incomplete, and that the three species could just be one that ranged across the continent. Scientists recently re-evaluated fossils of so-called terror crocodiles, combining existing species and describing a new one, Deinosuchus schwimmeri, in a new study.

In addition to having banana-size teeth, the newly described D. schwimmeri was «a bizarre, monstrous predator,» said lead study author Adam Cossette, an assistant professor in the New York Institute of Technology College of Osteopathic Medicine at Arkansas State University. Cossette and his colleagues described the new species by sampling fossils from across North America, and by evaluating new terror croc fossils from western Texas, according to the study.

«Until now, the complete animal was unknown,» Cossette said in a statement. The species name honors paleontologist David Schwimmer, a professor at Columbus State University in Georgia (not to be confused with the actor David Schwimmer, who played a paleontologist from the American Museum of Natural History in New York City, in the TV show «Friends»). 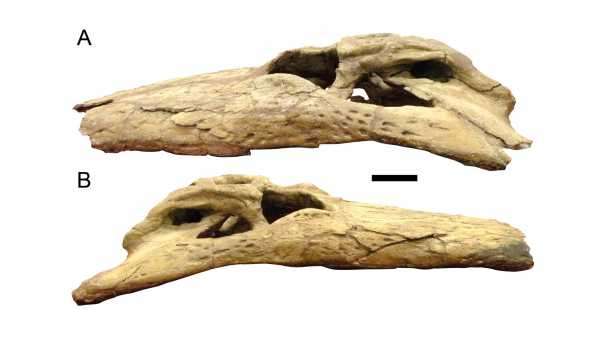 Deinosuchus are crocodylians — the group that includes modern alligators, crocodiles and gharials — and despite the name «terrible crocodile,» the Deinosuchus lineage was more closely related to alligators, the researchers determined. They also found that the species D. rugosus was likely misidentified. D. rugosus fossils (of which there are very few) likely came from two other species — D. riograndensis or D. schwimmeri — both of which were described later but boasted more complete sets of fossils.

The species status of the terror croc D. hatcheri, also based on scant and fragmented fossil evidence, is also questionable, the authors reported.

D. schwimmeri inhabited North America’s eastern shores and the coastal Atlantic, while D. riograndensis and D. hatcheri lived in the West; at the time, the Western Interior Seaway geographically separated the eastern and western species, the study authors wrote.

But no matter the species, «Deinosuchus was a giant that must have terrorized dinosaurs that came to the water’s edge to drink,» Cossette said. 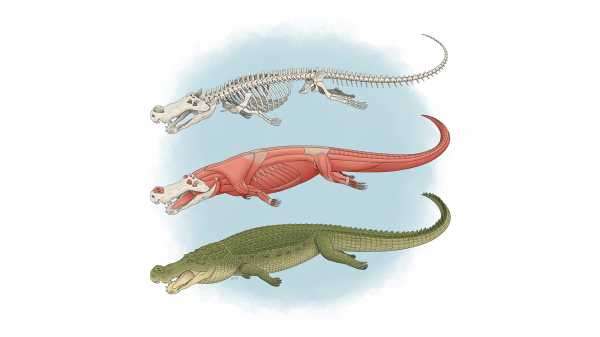 An illustration of Deinosuchus.

While Deinosuchus shared many features with its crocodylian relatives, a couple of peculiarities set them apart. Their broad, elongated heads ended in a bulbous snout — a shape that is unique among this group of reptiles, according to the study. At the end of the snout are two large vents, which are also unique to Deinosuchus.

Scientists have yet to uncover the function of the apertures and snout shape, though they may be linked to thermoregulation, and may have helped the terror crocs keep cool, according to the study.

«It was a strange animal,» said study co-author Christopher Brochu, a paleontologist and professor in the department of Earth and Environmental Sciences at the University of Iowa. The findings were published online Aug. 10 in the Journal of Vertebrate Paleontology.