Home Animals ‘First species discovered on Twitter’ is a parasitic fungus that dines on... 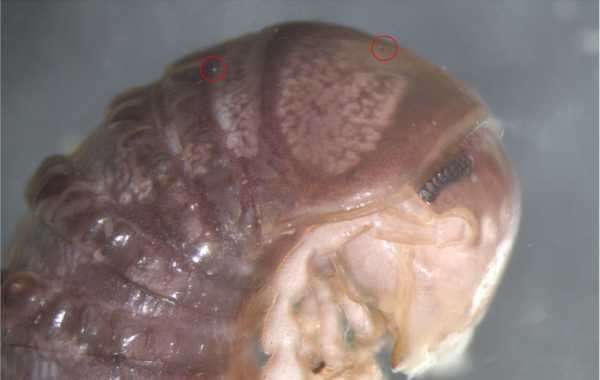 Two white dots (circled in red) are actually a new species of parasitic fungus that lives on American millipedes. Researchers named it in honor of Twitter.

Researchers have discovered a parasitic fungus that sucks nutrients out of the reproductive organs of millipedes. They named it after Twitter.

Meet Troglomyces twitteri. This near-microscopic parasite looks like a larva and is about 100 micrometers long — comparable to the average diameter of a human hair. Each spore spends its entire lifecycle hanging around the genitals of a single male or female millipede. However you may feel about Twitter, the researchers who discovered the unfortunately-placed parasite weren’t trying to throw shade at the social media site when naming this newfound fungus; rather, they were paying homage to how the parasite was discovered.

According to study co-author Ana Sofia Reboleira, an entomologist at the Natural History Museum of Denmark at the University of Copenhagen, the parasite first came to her attention when she saw a colleague share a photo of a North American millipede on Twitter. Two strange, white dots flecked the millipede’s exoskeleton; Reboleira instantly pegged them as parasites.

After examining several American millipede specimens in the museum’s collection, Reboleira and her colleagues found more examples of the novel fungus, which nobody had ever noticed or described before.

“Until then, these fungi had never been found on American millipedes,” Reboleira said in a statement. “As far as we know, this is the first time that a new species has been discovered on Twitter.” 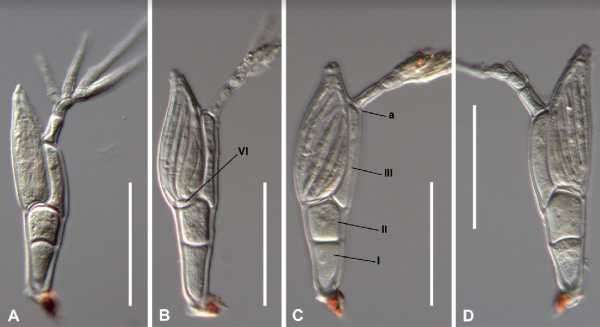 A closeup of T. twitteri. I’d creep into its mentions.

T. twitteri belongs to the insect-loving fungal order Laboulbeniales, and is one of about 30 species in the order that exclusively attack millipedes. With its head buried beneath its host’s exoskeleton and its bum poking into the air, T. twitteri parasites feast on nutrients from one end, while the other prepares spores to infect their next victim. Millipede mating (an intimate affair that can resemble human mating, only with a lot more legs) provides the parasites with a perfect opportunity to spread their spores, likely explaining why the study authors so often detected them near the hosts’ reproductive parts, the team wrote.

While millipede-infecting Laboulbeniales were never seen in North America until now, they have been spotted widely around the world, including in Europe, Asia, Africa, the Middle East, Australia and New Zealand. Many of these species were only discovered in the last six years, leading Reboleira to suspect that there are many, many more of the creepy crawlies out there waiting to be discovered. It’ll take a lot of retweets to find them.

The study was published May 14 in the journal MycoKeys. 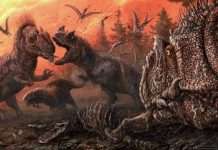 Life after death: Man SEPARATED from consciousness in NDE as ‘time...