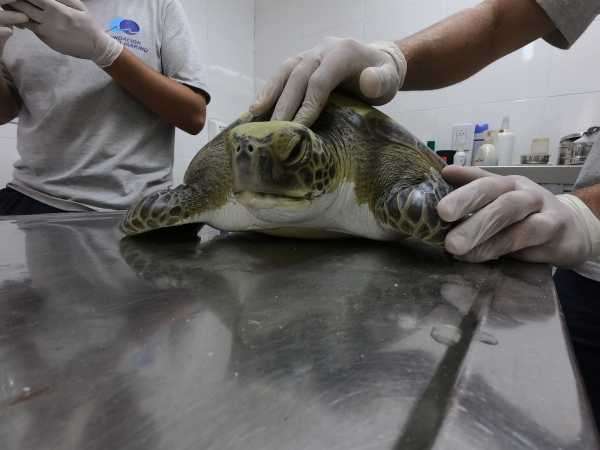 After getting tangled in a fishing net, this green turtle was brought in for rehabilitation.

The phrase “what goes in … must come out” took on a literal meaning for a green turtle that had gobbled up human trash, only to poop it out later with help from a veterinarian.

The green turtle (Chelonia mydas) was initially found tangled in the net of Roberto Ubieta, a fisherman from San Clemente del Tuyú, a town on the Atlantic coast of Argentina. Ubieta, who had received training from the Mundo Marino Foundation on how to help marine reptiles trapped in fishing nets, immediately got to work aiding the turtle.

X-rays revealed that the turtle had garbage in its belly, likely because the animal had mistaken the trash for its natural food, such as jellyfish, sea grasses and worms, the foundation said.

“Therefore, we began a treatment with a medication that favors its peristaltic movements (movements of the digestive tract) and allows it to eliminate what we observed on the [X-ray] plates,” Ignacio Peña, veterinarian at the Mundo Marino Foundation, said in a statement (translated from Spanish with Google translate).

In all, the turtle defecated 0.5 ounces (13 grams) of garbage, the foundation said. 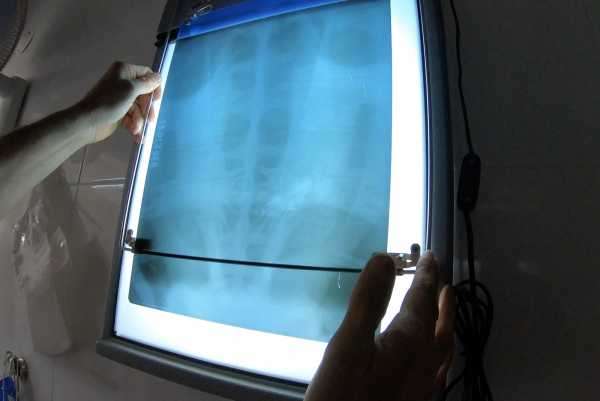 This is the third turtle brought to the foundation this year. The same fisherman found a dead green turtle on Jan. 12. A necropsy (an animal autopsy) of that turtle showed that the animal also had plastics in its digestive system. A third turtle survived but also expelled trash, a piece of nylon bag, in its poo.

Animals that mistake trash for food are at risk of death. Garbage can mechanically block their digestive tracts, as well as take up room so there’s less space for nutritious meals.

“In addition, a large amount of gas could be generated … [as a] product of the accumulated plastic,” Karina Álvarez, biologist and conservation manager at the Mundo Marino Foundation, said in the statement. “Which would affect their ability to dive and immerse, both to feed and to find more suitable temperatures.”

The green turtle, one of the largest sea turtles, is found in tropical and subtropical waters. These animals are endangered, according to the International Union for Conservation of Nature, largely because of humans who overharvest their eggs and hunt the adults, according to the World Wildlife Fund. Green turtles also face habitat loss and are frequently entangled in fishing gear.

Sea turtles aren’t the only aquatic animals to mistake trash for food. Garbage has also ended up inside fur seals living in a remote part of Chile and whales, including a sperm whale that died with a 220-lb. (100 kilograms) “litter ball” in its belly.