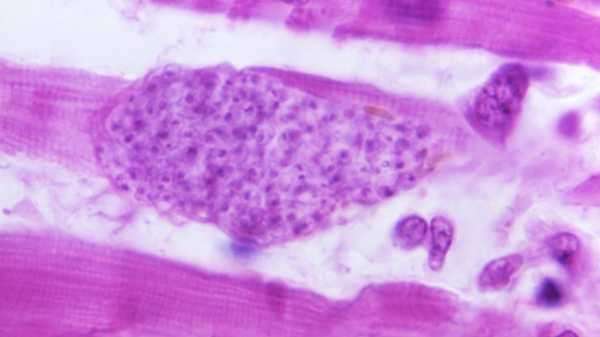 This image of a muscle tissue cell, magnified 1200X, reveals a cluster of Trypanosoma cruzi organisms.

The award-winning movie “Parasite” recently won audiences’ hearts around the world. While that interaction was benign (for most), encounters with real-world parasites are linked to heart disease, and some can seriously disrupt normal cardiac function.

Parasitic infections in humans can lead to myocarditis, a disease that causes heart tissue inflammation. Parasites can also cause pericarditis, an inflammation of the membrane around the heart; and cardiomyopathy, a disorder that impedes pumping and can lead to heart failure, researchers reported in a study published in the journal Clinical Microbiology Reviews.

A microscopic organism called Toxoplasma gondii is responsible for the disease known as toxoplasmosis. It can be transmitted to humans through contact with cats, and may affect up to 2 billion people worldwide (though most develop no symptoms, according to the Centers for Disease Control and Prevention, or CDC).

T. gondii can persist in heart muscle, where it forms tissue cysts that can remain through the host’s lifetime, and heart disease may be linked with chronic infection of T. gondii, researchers reported in the Journal of Clinical Medicine Research. 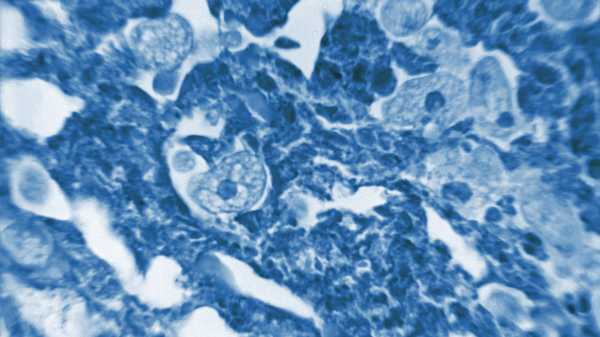 This tissue sample holds a trophozoite — a nutrient-absorbing growth stage in a parasitic organism — of Entamoeba histolytica.

This parasite is the primary cause for amoebiasis, or amoebic dysentery, a colon infection marked by abdominal pain and diarrhea, according to the CDC. But in rare cases this parasitic infection can lead to a serious heart complication known as amebic pericarditis, in which it causes abscesses in the pericardium — the saclike membrane surrounding the heart, scientists wrote in the Journal of Clinical Medicine Research.

People with pericarditis often experience sharp, stabbing chest pain caused by the irritated pericardium walls rubbing against each other, the Mayo Clinic says. 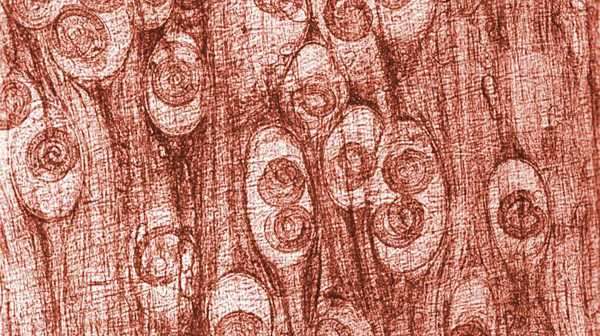 Trichinella spiralis is a parasitic roundworm that targets carnivorous and omnivorous mammals around the world. It infects people who eat the undercooked meat of infected animals, entering the human hosts as larvae-filled cysts and causing the disease trichinosis, according to the CDC.

After a host swallows the cysts, stomach acid dissolves the sac and releases the larvae into the body; eventually they circulate into the blood and burrow into muscles and brain tissue. Severe complications from the parasite can include heart tissue inflammation and life-threatening arrhythmia, or irregular heartbeat, researchers reported in the journal StatPearls. 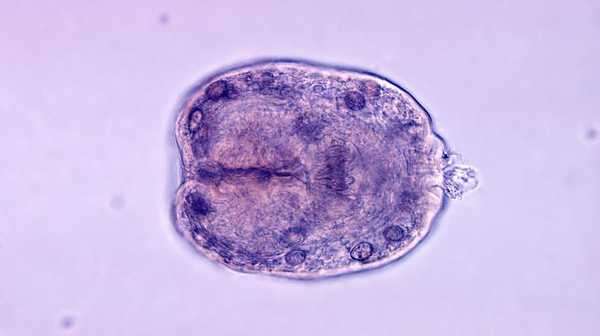 Tapeworms in the Echinococcus genus can infect people when their eggs are ingested after contact with feces from a dog or other canids, scientists reported in the journal Clinical Microbiology Reviews (CMR). The eggs hatch and the six-hooked embryos cross the intestinal wall and travel to organs to form cysts, the CDC says.

Cardiac cysts are rare, but can lead to irregular heartbeat; accumulation of fluid in the sac surrounding the heart; fainting due to high blood pressure; heart attacks and even sudden cardiac arrest, according to the CMR study. 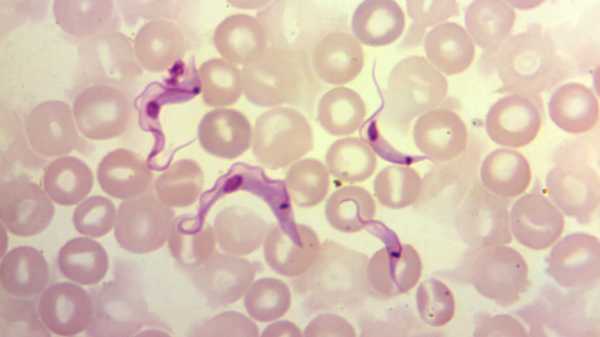 Under a magnification of 1200X, this photomicrograph of a blood sample specimen shows four flagellated Trypanosoma cruzi parasites; this life stage is referred to as trypomastigote.

Trypanosomiasis, or Chagas disease, is caused by the parasite Trypanosoma cruzi, and is transmitted to people through bites from insect vectors, according to the CDC.

In many cases, symptoms can appear 10 to 30 years after the victim was first infected, researchers wrote in the journal Clinical Microbiology Reviews.

Oldest Guts Ever Found May Reveal the Identity of a Mysterious...