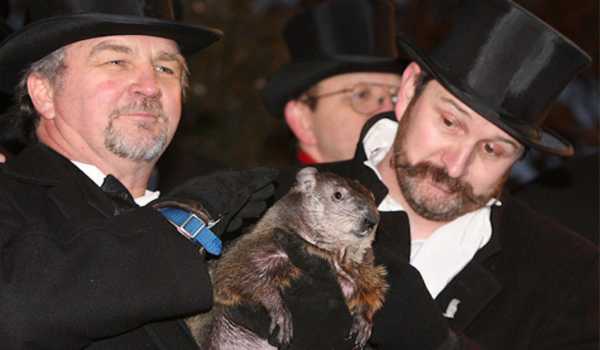 As the legend goes, if Punxsutawney Phil sees his shadow on Feb. 2, six more weeks of winter weather lay ahead; no shadow indicates an early spring. Phil, a groundhog, has been forecasting the weather on Groundhog Day for more than 120 years, but just how good is he at his job?

Not very, it turns out.

According to the Groundhog Club’s records, the various incarnations of Punxsutawney Phil have predicted 103 forecasts of more winter and 20 early springs (including this year). (There are nine years without any records, and even the Punxsutawney Area Chamber of Commerce, which keeps track of these things, doesn’t know what happened to Phil during those years.) Data from the Stormfax Almanac’s data shows that Phil’s six-week prognostications have been correct about 39 percent of the time.

Phil does a shade poorer when you check his performance against actual weather outcomes since 1969, when the accuracy of weather records is less in question, said Tim Roche, a meteorologist at Weather Underground. From 1969 on, Phil’s overall accuracy rate drops to about 36 percent.

The groundhog’s powers of prognostication are slightly better when he doesn’t see his shadow, though. “When Phil predicted a short winter, he was much more likely to be right,” Roche told Live Science. “Out of the 15 times that he didn’t see his shadow and predicted an early spring, he got it right seven times that’s a 47 percent accuracy rate.” (In fact, Punxsutawney Phil seems to have meteorology on his side this year, as warmer-than-average temperatures in the U.S. are expected to hold through February, Accuweather forecasters said.)

And how does that stand up against human forecasters? “If Punxsutawney Phil is right 39 percent of the time, that’s much, much worse than a climatological prediction, Roche said. Even if you flip a coin, you’ll still be right close to half of the time. That’s a 50 percent accuracy rate. So you’ll be better off flipping a coin than going by the groundhog’s predictions.”

Ouch. To rule out the possibility that Roche just has a thing against groundhogs, we checked Phil’s performance with David Unger, a meteorologist at the National Weather Service. It looks like Phil probably won’t be getting a job at the NWS any time soon, either.

“It’s extremely difficult to give an estimate of how accurate climate predictions are,” Unger told Live Science in 2011. “But compared to the terms with which Groundhog Day predictions are made, which are if the weather will be mild or not mild, then if our forecasts are about 60 percent accurate or higher, then we consider that to be a good estimate.”

So there you go. The statistics suggest that you probably shouldn’t pack up your snow gear based on Punxsutawney Phil’s forecast. Then again, what do you expect? Phil is a groundhog, after all.