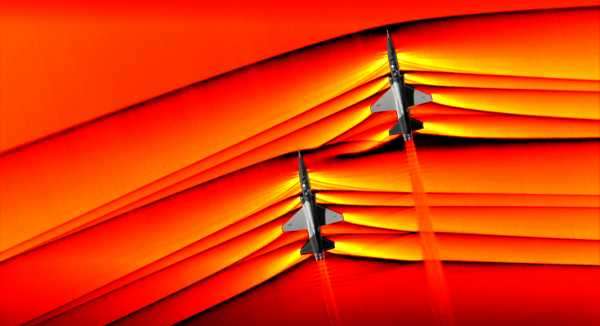 Two U.S. Air Force craft were traveling so fast — quicker than the speed of sound — and so close together that the shock waves emanating from the craft began to merge… and NASA was there to capture photographic proof.

The resulting snapshots are the first-ever photos of two supersonic shock waves (pressure waves) interacting in the air. And it’s quite a sight: It looks as though the atmosphere folded up into a fresh batch of laundry. [Supersonic! The 10 Fastest Military Airplanes]

Snapped by another plane flying at about 2,000 feet (610 m) above the two fast-moving aircraft, the images captured how the shock waves became distorted or curved as they interacted. “We never dreamt that it would be this clear, this beautiful,” J.T. Heineck, a physical scientist at NASA’s Ames Research Center in California, said in the statement. 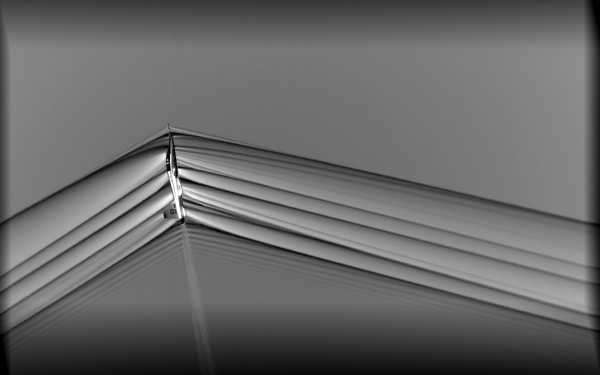 NASA captures a single image of a supersonic shockwave in what they call a “knife-edge” shot.

Their camera was improved from previous models and included a wider field of view with the ability to collect 1,400 frames per second. The photos are part of a NASA flight series aimed at capturing high-quality images of shock waves; these photos will help scientists better understand how the shock waves form and interact. NASA and Lockheed Martin Skunk Works are currently designing an aircraft called the X-59 Quiet Supersonic Technology X-Plane that will not create sonic booms, but rather quiet rumbles, according to the statement.

By understanding how shock waves form and interact in the air, engineers hope to hone the aircraft’s design and, eventually, show regulators that supersonic aircraft can be made quiet, NASA officials said in the statement. These quieter aircraft, in turn, may one day lead lawmakers to lift restrictions on supersonic aircraft flights over land.

Hunters Set to Round Up Giant Burmese Pythons in Florida Challenge