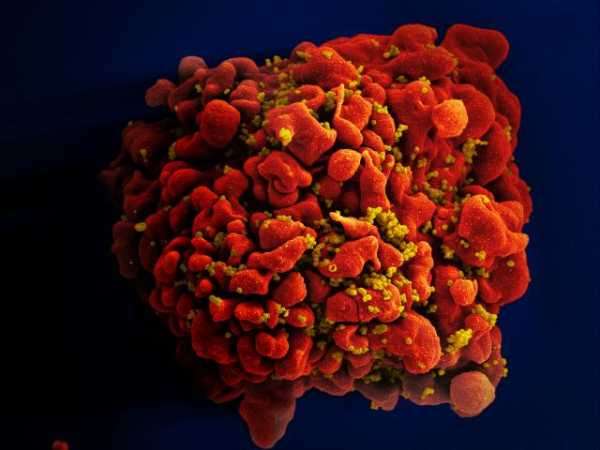 A scanning electron microscope image of a T cell infected with HIV.

The oldest known nearly complete gene sequence from the HIV strain that spread across the world has been found in a tissue sample from the Democratic Republic of the Congo (DRC), a new study finds.

The tissue sample was taken and preserved in 1966, making this HIV sequence 10 years older than the previous oldest genome, which came from a blood sample taken in 1976 in the DRC. Gene sequences like these – which come from before the virus that causes AIDS was discovered in 1983 – help pinpoint the timing of genetic mutations in the virus. Those mutations, in turn, help scientists track the spread of the virus and the timing of when transmission of HIV took hold in humans.

In that sense, the new gene sequence is “very comforting,” said Sophie Gryseels, a co-author of the new study and a postdoctoral researcher in evolutionary and computational virology at the Catholic University of Leuven (KU Leuven) in Belgium. This sequence fits well with researchers’ previous understanding of the timing of HIV’s emergence, she told Live Science.

“This is nice to know, because it means that our evolutionary models that we are always applying to our virus sequence work well,” Gryseels said. “We didn’t have big surprises.”

Based on genetic sequencing of samples of the virus, scientists think that HIV, or human immunodeficiency virus, first found a foothold in humans in Central Africa sometime in the early 1900s, spilling over from chimpanzees. There are multiple strains of the virus, but the ones responsible for 95% of cases worldwide are in a subgroup called HIV-1 group M. More than 32 million people have died of AIDS, the disease caused by HIV, since the pandemic began.

With at least 80 years between the start of transmission of HIV-1 in humans and the discovery of the virus, much of the disease’s early dynamics remain mysterious. Mathematical models of the rate of the virus’ mutation hint at when HIV first began to spread human-to-human, transmission that would eventually turn pandemic. But one big question is when and why HIV-1 group M became so successful, infecting people effectively enough to go global.

Part of the problem is that models that do a good job of calculating the rate of viral change in recent years become less reliable over longer timeframes, Gryseels said. That’s partly because genetic information gets lost over time: Strains die out due to natural selection or simple luck, leaving no mark of their existence on the genomes of currently circulating viruses.

For that reason, discovering an old virus strain is a bit like discovering Archaeopteryx for paleontologists. It’s a missing piece of the puzzle that helps fill in a lineage of evolutionary change.

Gryseel joined an ongoing project led by University of Arizona evolutionary biologist Michael Worobey, and along with other colleagues in Belgium, the United States and DRC, analyzed 1,645 biopsy specimens collected in Central Africa between 1958 and 1966 for the purposes of diagnosing medical conditions. The biopsies had been preserved in the chemical formalin and then embedded in paraffin wax. Using very sensitive PCR methods (similar methods to those used to detect the new coronavirus SARS-CoV-2 in nose-and-throat swabs), the researchers hunted for hints of HIV genomes. They found just one: A sequence in lymph node biopsies from a 38-year-old man.

There are older fragments of HIV out there, one from 1959 and one from 1960, also from DRC. But those pieces aren’t as complete, and thus can’t offer as much information about the virus’ mutations. Those fragments were also from different subtypes of HIV, Gryseels said, which shows that the virus had been circulating for some time in humans before the 1950s.

The researchers will continue to hunt for old HIV genomes in long-ago tissue samples, Gryseels said. It would be ideal to find more samples from the 1950s or 1960s to confirm the results, she said. The next goal is to figure out when HIV-1 transitioned to an accelerating epidemic. It’s possible that some change in HIV-1’s genome made it more efficient, Gryseels said, but more likely that societal changes made the difference. Urbanization rose rapidly during the early 1900s in Central Africa. Between the 1910s and 1950s,  public health campaigns expanded treatments for diseases ranging from sleeping sickness to malaria and syphilis. But many of these campaigns did not properly sterilize needles, which could have spread HIV widely. Decolonization in the 1960s could also have led people to move around or behave differently, which could have helped the virus spread into new populations or transmit more rapidly.

“If we have a better idea of the timeline of when this expansion occurred, we’ll be able to weigh these different hypotheses against each other more efficiently, because they have different times in which they occurred,” Gryseels said.

The researchers published their findings May 19 in the journal Proceedings of the National Academy of Sciences. 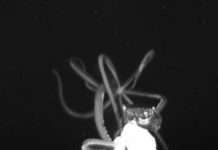