Home Animals These armored sea bugs from a half-billion years ago had ‘disco ball’... 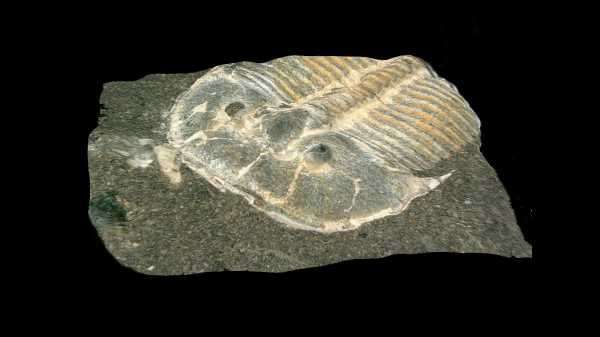 Trilobites — those ubiquitous, half-billion-year-old armored sea bugs — had eyes that were faceted like disco balls. Now, new images reveal that these eyes were remarkably similar to those of bees and dragonflies.

Trilobites were buglike, many-legged marine arthropods that appeared during the Cambrian period (543 million to 490 million years ago) and died out about 250 million years ago. Paleontologists have found many fossils of trilobites’ tough exoskeletons. And while trilobite eyes are sometimes preserved as well and bear a surface resemblance to insects’ eyes, prior analysis merely hinted at their complexity.

Now, for the first time, researchers have described the internal structures that made up the eyes of the trilobite Aulacopleura koninckii, which lived about 429 million years ago. The composition and arrangement of light-sensitive receptor cells in these lenses offered scientists a glimpse into trilobite vision, and also hinted at the early evolution of compound eyes.

Though the specimen was collected in 1846 near Loděnice in the Czech Republic, this is the first time its preserved eye has been imaged using microscopy. The technique revealed optical units called ommatidia, hundreds of which make up the compound eyes in modern crustaceans and insects.

Examining the trilobite’s tiny eyes was challenging; A. koninckii is “rather flat” — about 0.04 inches (1 millimeter) high, the scientists reported in a new study, published online today (Aug. 13) in the journal Scientific Reports. In this species, the two protruding oval-shaped eyes are located on the back of the head and are especially vulnerable to damage; only the left eye of the specimen was still intact when the researchers found it.

In compound eyes, individual lenses — sometimes thousands of them — process visual input and send signals to the brain, working together to form a mosaic of images. And inside the single remaining trilobite eye, the study authors detected structures that are still present in modern arthropod eyes. 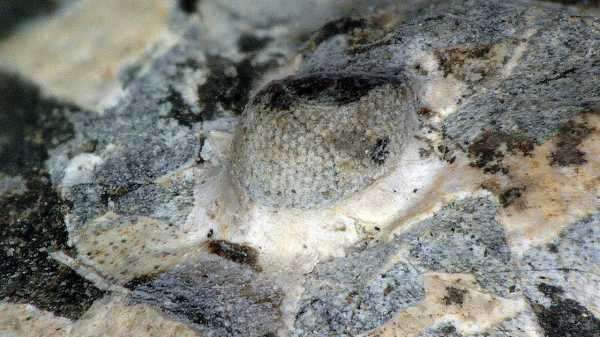 Each of the trilobite’s ommatidia contained eight light-detecting cells “forming a kind of rosette,” the scientists wrote. The cells were grouped around a translucent, light-channelling cylinder called a rhabdom, and a thick lens covered the ommatidia at the top, the scientists wrote. Dark rings of pigmented cells formed a “cellular basket” around the optical units, and there was some evidence of a thin, crystalline cone, “although its shape is not very distinct,” according to the study.

The study found that together, these structures formed “a classical apposition compound eye,” which looks a bit like a disco ball. This type of compound eye is found in insects and crustaceans that are active during the day, such as bees and dragonflies.

A. koninckii was a bottom dweller, gliding over the seafloor and hoovering up particles of organic material. The diameter of the facets, or ommatidia, also told scientists about the trilobite’s habitat, said lead study author Brigitte Schoenemann, a paleontologist in the Institute of Biology Education at the University of Cologne in Germany.

– These bizarre sea monsters once ruled the ocean

Compound eyes with large ommatidia help animals navigate low-light conditions. But A. koninckii’s eye facets each measured just 0.001 inches (35 micrometers) in diameter — on the smaller side for compound eyes. This meant that the trilobite “surely was day active and lived in shallow, light-flooded waters,” Schoenemann told Live Science in an email.

The number of facets in each eye gave A. koninckii’s mosaic vision a “resolution” of about 200 “pixels,” which would have been sharp enough for it to navigate obstacles and avoid cephalopod predators, she said.

Even the earliest trilobites, dating to about 522 million years ago, show signs of having complex compound eyes, Schoenemann said. This type of eye likely evolved much earlier, perhaps in shell-less creatures that didn’t fossilize, she added.

The scientists’ findings show that the vision of most modern day-active insects and crustaceans “is an enormously old and effective system, quite unchanged since our trilobite,” Schoenemann said.