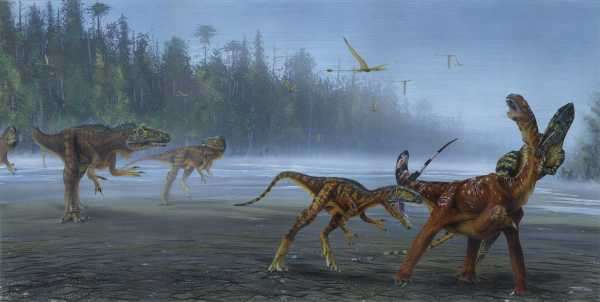 This illustration shows a pack of the newly discovered Allosaurus jimmadseni attacking a young sauropod.

Paleontologists have discovered the skeleton and radioactive skull of a previously unknown species of Allosaurus. The fearsome two-legged dinosaur sported 80 sharp teeth and horns over its eyes when it lived about 155 million years ago in what is now Utah.

But researchers didn’t know any of these details at first; originally, they found only the dinosaur’s skeleton but not the head. Even so, the block of rock that encased the skeleton was so massive — it weighed 6,000 lbs. (2,700 kilograms) — that paleontologists had to use explosives to remove the fossils and a helicopter to transport it.

, A. jimmadseni lived on the semiarid flood plains of western North America. This dinosaur is the oldest species of Allosaurus, outdating Utah’s better-known Allosaurus fragilis, which helped make the Allosaurus the state’s official fossil. 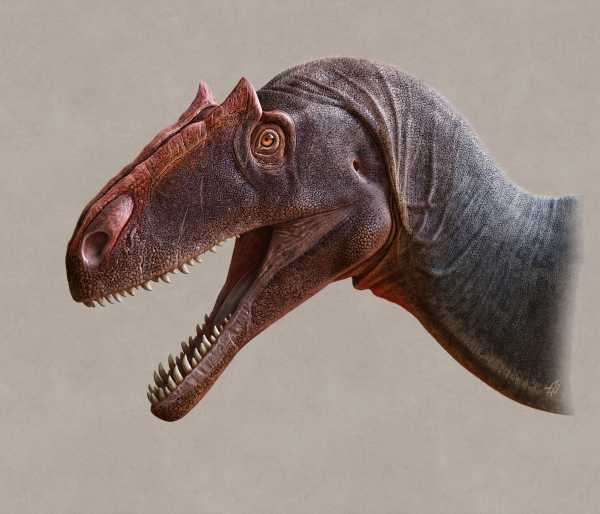 This illustration shows all of the bumps and dips on the fearsome face of Allosaurus jimmadseni. Image 2 of 4 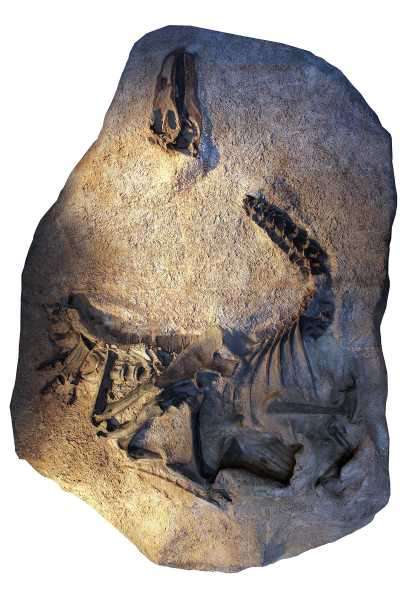 Before the newfound Allosaurus skeleton was taken apart, researchers made this cast of it, which is now on exhibit at Dinosaur National Monument in Utah. Image 3 of 4 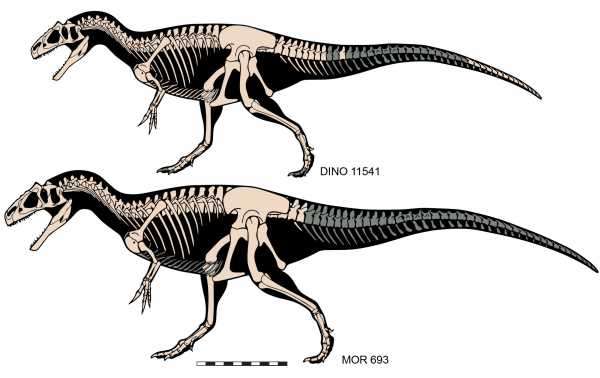 The number of bones (white) discovered from the previously unknown Allosaurus species. Image 4 of 4 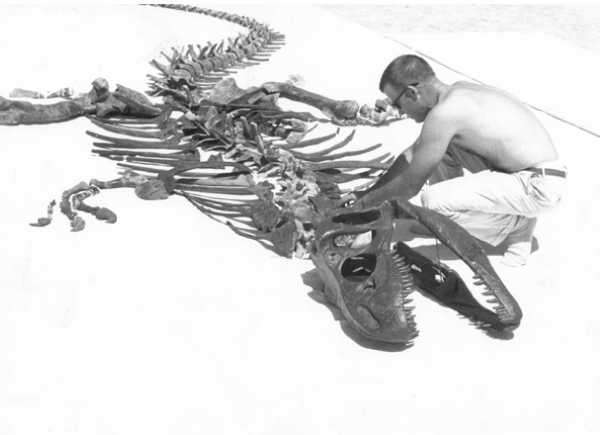 Researchers named the newfound Allosaurus after paleontologist James Madsen Jr., shown here assembling a composite skeleton of an Allosaurus from the Cleveland-Lloyd Dinosaur Quarry in Utah.

«Previously, paleontologists thought there was only one species of Allosaurus in Jurassic North America, but this study shows there were two species — the newly described Allosaurus jimmadseni evolved at least 5 million years earlier than its younger cousin, Allosaurus fragilis,» study co-lead researcher Mark Loewen said in a statement. Loewen is a research associate at the Natural History Museum of Utah and an associate professor in the Department of Geology and Geophysics at the University of Utah.

This dinosaur was a big carnivore, measuring up to 29 feet (9 meters) long and weighing about 4,000 lbs. (1.8 metric tons). It had a narrow skull, horns in front of its eyes and a crest that ran from those horns to its nose. Each of the dinosaur’s long arms ended with three sharp claws.

«The skull of Allosaurus jimmadseni is more lightly built than its later relative Allosaurus fragilis, suggesting a different feeding behavior between the two,» Loewen noted.

Cancer vaccine could save thousands a year as scientists find triggers...