Home Animals Why do so many cats have white ‘socks’ on their paws? 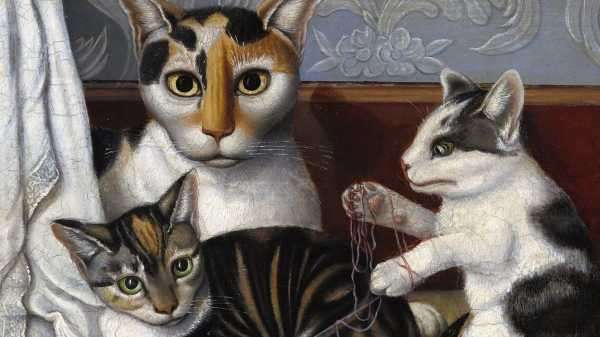 If you see a house cat, the odds are high that it will have white paws, a look that many owners affectionately call “socks.” But socks are rarely seen in wildcats, the elusive and undomesticated cousin of the house cat, so why do so many pet cats sport furry white feet?

As it turns out, this story started about 10,000 years ago, when humans and cats decided life was better together.

eventually led to über-prevalent socks on cats, as well as other well-known coat patterns, said Leslie Lyons, professor emerita and head of the Feline Genetics Laboratory at the University of Missouri College of Veterinary Medicine.

“As humans became farmers and started staying in one place, they had grain stores and refuse piles” that attracted rodents, Lyons said. It was a mutually beneficial arrangement: the humans had fewer rodents to deal with and the cats got an easy meal.

The wild, undomesticated progenitor species of house cats, Felis silvestris, lives in Africa and Eurasia. One population of them even lives on Mount Etna, an active volcano in Sicily. These felines are tasty snacks as kittens and stealthy predators as adults, so individuals born with a coat that offers camouflage have tended to survive and reproduce.

But not every F. silvestris is born with a coat that blends into its habitat.

“Genetic mutations are occurring all the time,” Lyons said. 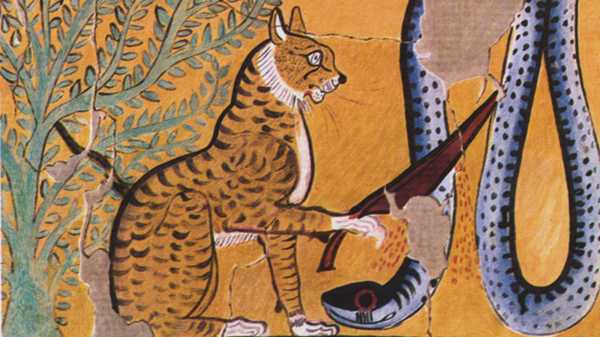 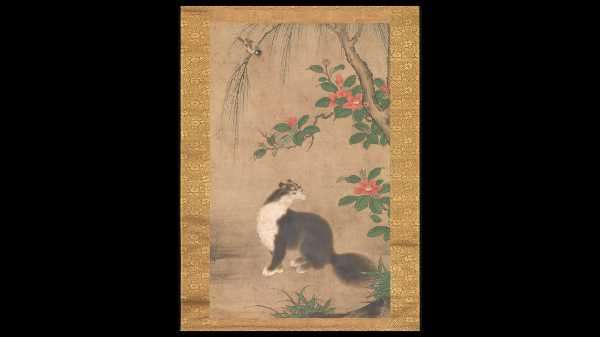 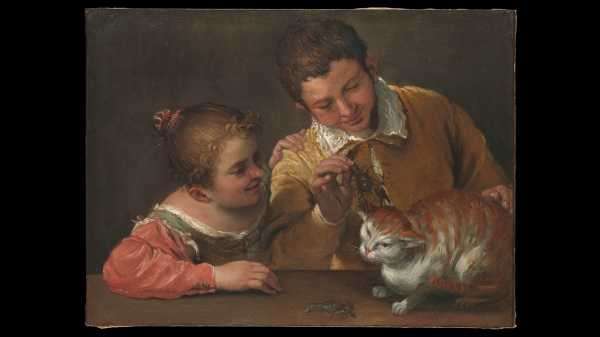 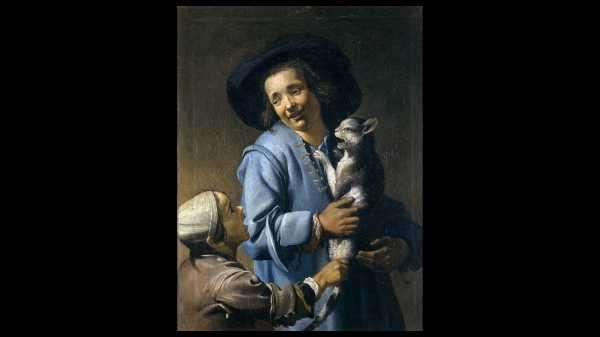 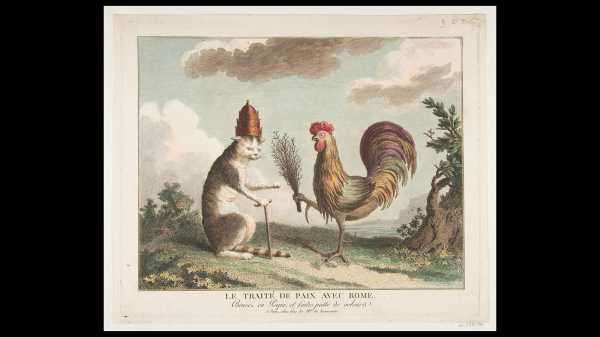 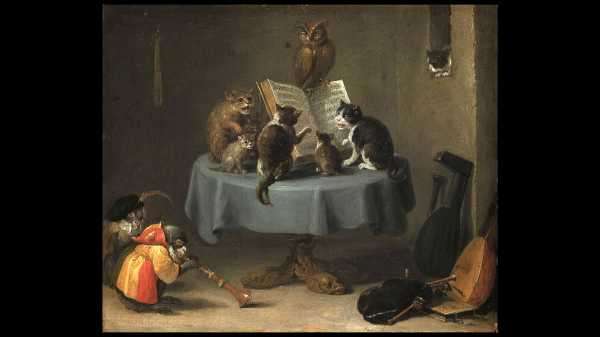 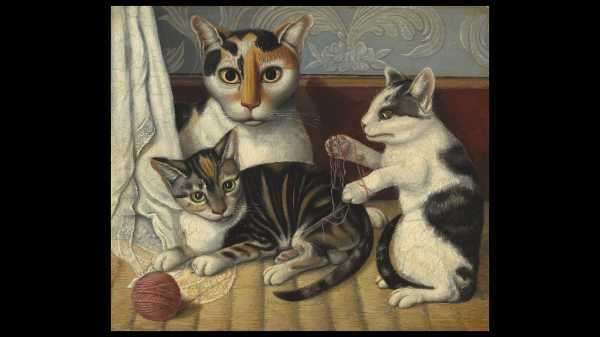 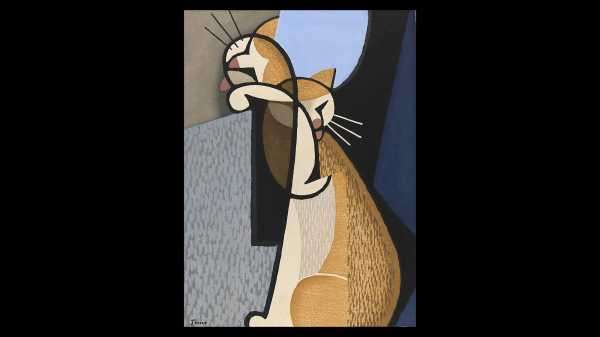 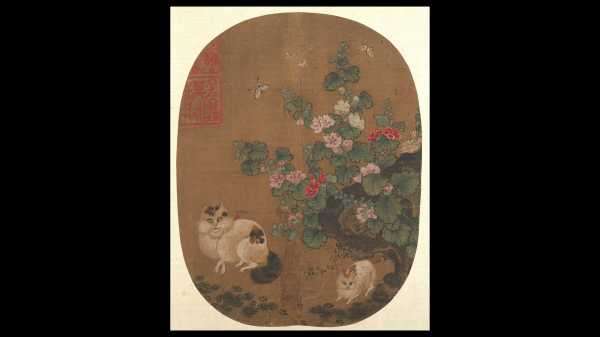 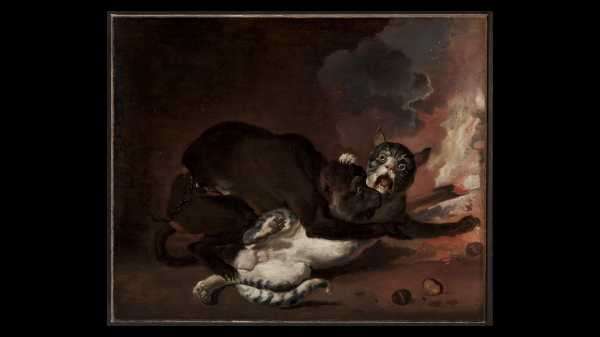 “The Monkey and the Cat” Abraham Hondius

There isn’t much evidence to indicate why early cat people chose the individuals they did, but Lyons said the range of coats seen on modern domestic cats shows that our agrarian ancestors favored cats with markings that would have interfered with their camouflage. In its native mixed forest or scrub desert environment, a cat with stark white paws would have stood out to predators and prey.

When humans started taking an interest in cats, these white paws would have stood out to them, too. “There were probably people saying, ‘I particularly like that kitten because it has white feet. Let’s make sure it survives,'” Lyons said.

Humans probably also selected for cats who were calm and comfortable around humans, Lyons said. Behavioral traits seem unrelated to coat color, but for reasons that scientists don’t fully understand, white spots tend to appear when the tamest individuals are selected and bred. It’s true of horses, pigs, mice, cows and rats.

These distinctive fur colors and markings emerge while a cat embryo is developing. The cells that give cat fur its color first appear as neural crest cells, which are located along what will become the back, Lyons said.

Then, those cells slowly migrate down and around the body. If those waves of cells move far enough to meet each other on the cat’s front side, the embryo will be born a solid-colored kitten, such as an all-black or all-orange cat. Felines develop white feet, faces, chests and bellies when these cells don’t quite make it all the way.

So, the next time you see a kitty wearing white socks, you’ll know that this signature feature is a result of genetic mutations, domestication and developmental biology. Although if you try telling the cat that, it will probably just look at you quizzically before sauntering away.

End of the world: How US President’s advisor predicted ‘Battle of Armageddon’...