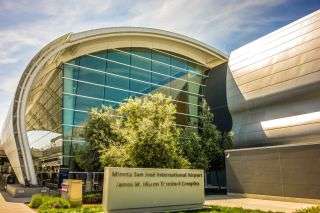 A resident of Santa Clara County has tested positive for 2019-nCov. The man reportedly returned home through through San Jose International Airport.

A man in the San Francisco Bay Area has tested positive for the new coronavirus, according to news reports.

On Friday (Jan. 31), officials with the Santa Clara County Public Health Department announced that a resident of the area had tested positive for 2019-nCov, the virus that is causing an outbreak in China and has spread around the world.

The man had traveled to Wuhan, China — where the outbreak originated — and returned home on Jan. 24 through San Jose International Airport, according to The Mercury News. Since his arrival back in the U.S., the man has been “self-isolating” and has not left home except to receive medical care. He is in stable condition.

“We understand that this news may be concerning, but based on what we know today, the risk to residents of our community remains low,” Dr. Sara Cody, health officer with Santa Clara County, said in a statement. “This news is not unexpected. Santa Clara County has the largest population in the Bay Area, and many of our residents travel for both personal and business reasons.” Santa Clara County is considered part of Silicon Valley and includes several cities, such as San Jose, Santa Clara, Sunnyvale, Mountain View and Palo Alto.

The case was confirmed by the Centers for Disease Control and Prevention, the statement said. So far, six other cases of the virus have been reported in the U.S., including two cases in Southern California, two in Illinois, one in Arizona and one in Washington state.

Officials are following up with people who had close contact with the Bay Area man to determine their risk of infection and monitor them for signs and symptoms.