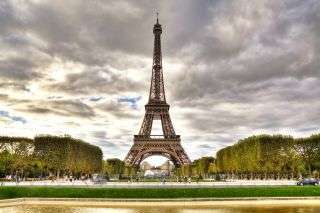 The coronavirus was circulating in France as early as December, new evidence suggests.

Doctors in France discovered that a patient who went to the hospital in late December with respiratory symptoms was positive for COVID-19, according to The Guardian. The man contracted the virus nearly a month before France confirmed its first cases. But it’s still not clear how the man was infected, as he wasn’t traveling. Doctors also can’t say whether or not the man was France’s “patient zero.”

The doctors discovered the patient while testing samples taken in December and January from 24 patients  who had all tested negative for the flu. One of the samples, taken from a patient on Dec. 27, tested positive for COVID-19.

The doctors had originally collected the samples to test for the flu using a polymerase chain reaction test — the same test used to detect the new coronavirus — which searches for bits of viral genetic material.

The patient, a 43-year-old man from Bobigny, likely became infected sometime between Dec. 14 and Dec. 22, according to the BBC. He presented to the hospital with a dry cough, a fever and trouble breathing on Dec. 27.

He was sick for 15 days and had infected his two children, but not his wife, Dr. Yves Cohen, the head of resuscitation at the Avicenne and Jean Verdier hospitals in Paris told France’s BFM TV on May 3. It’s too early to know whether or not this patient was France’s “patient zero,” he added.

The patient’s wife worked at a supermarket near Charles de Gaulle airport and could have come in contact with those arriving from China, according to the BBC. It’s possible that the  patient’s wife had been infected first, perhaps asymptomatically, Cohen said. “All the negative PCRs for pneumonia must be tested again,” Cohen said. “The virus was probably circulating.”

The French government is now working to confirm this case and will investigate further if necessary, the French health ministry told the BBC.

Such early missed cases could have occurred elsewhere around the world. In the U.S., a medical examiner-coroner recently found that two people who died in Santa Clara County in California on Feb. 6 and Feb. 17 had been infected with the coronavirus, weeks before the first known deaths from the coronavirus in the U.S.

The very first known case of the coronavirus in the world could have occurred in November, in a 55-year-old person in the Hubei province of China, according to a previous Live Science report. That’s more than a month before doctors first noted a cluster of odd pneumonia cases in the area. Though the timeline of the pandemic remains muddy, it’s becoming apparent that the virus was spreading long before health care workers detected it.