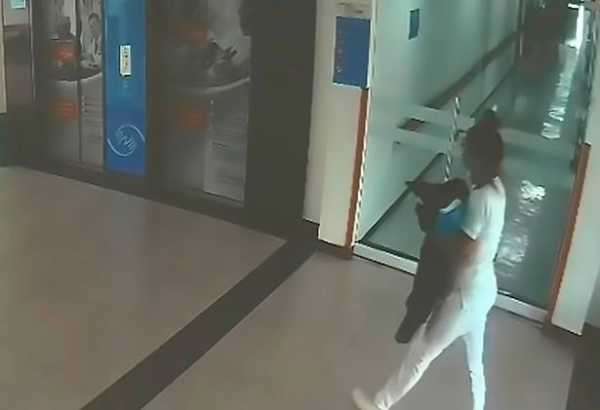 A fake nurse is accused of snatching a baby from its parents at hospital before attempting to smuggle the newborn out in her jacket.

The suspect was filmed allegedly purporting to be a nurse as she brazenly takes the baby girl from her parents' arms in the maternity ward to ‘carry out tests’.

Identified by prosecutors as Leidy Johanna Diaz, she went to the Mederi Hospital in the central Colombian capital Bogota dressed as a nurse, according to reports.

She went to the sixth floor and “told the parents she needed to take the baby for some tests, which aroused suspicion among the parents and hospital workers”, according to police inspector Wilson Silva.

The baby was allegedly hidden under the jacket
(Image: CEN)

Prosecutors said that Diaz wrapped the newborn in a white coat before allegedly hiding the baby girl under her jacket.

CCTV images show the moment the suspect walks out with the newborn reportedly under her jacket.

Silva said that security protocols were activated and the suspect was stopped by a guard before leaving the building.

He said in a statement: “The woman crossed the first security check, but when she arrived at the last one a guard stopped her to check her bag, but noticed how she grabbed her abdomen area. 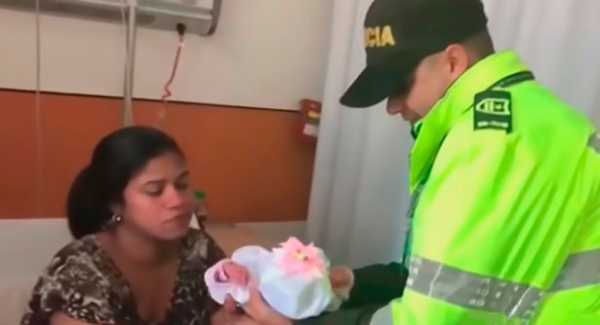 The newborn girl being reunited with her mum
(Image: CEN)

“When he asked her what she was carrying there, Diaz turned around and went back inside the hospital.”

The baby was discovered and returned to her parents, while the alleged abductor was placed under arrest.

According to reports, the suspect trained as an assistant nurse at the same hospital in November 2019.

She is currently being held on remand as the investigation continues.