Mum Leeanne Ericson was paddling in the ocean at San Onofre beach, Southern California, while her fiance Dusty Phillips was surfing with friends nearby before the shark clamped onto her leg

As the great white dragged her further underneath the ocean, the water surrounding Leeanne Ericson started to become darker and even peaceful.

Alone with the ferocious man-eater 30ft below the surface, its jaws clamped around her thigh, she could see the shark’s eyes just inches from hers – and decided to fight back.

So Leeanne plunged her fist into one of the animal’s eyes with as much force as she could muster.

“My whole hand went into his eye, and I stuck it in as far as I could. It was super soft, it felt like I’d put my hand into a cup of jelly. 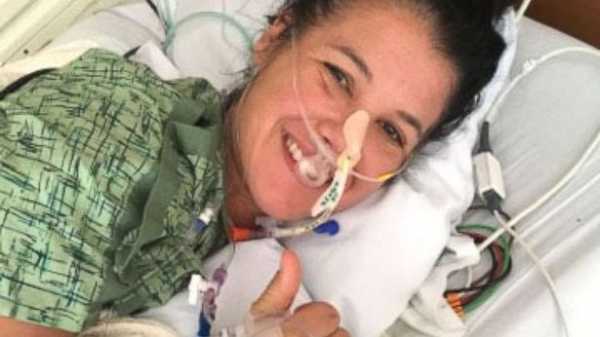 Leeanne Ericson is lucky to be alive after the attack
(Image: Dusty Phillips)

“The shark jerked away from me, and I was swimming to the surface.”

Leeanne is one of a number of lucky survivors of shark attacks who talked to National Geographic as part of the channel’s annual Sharkfest, a two-week series of shows about the creatures, and which starts tonight.

The last decade has seen more unprovoked shark attacks than any previous, which experts say might be due to warmer water temperatures and more people living by the coast.

Yesterday Mani Hart-Deville, 15, was killed by an 8ft great white off Wooli Beach in New South Wales, Australia. It was the country’s second fatal mauling this week and the fifth this year.

Last year there were 64 reported unprovoked shark attacks around the world, five of which were fatal. With 41 cases, the US represented 64% of the worldwide total.

Leeanne, 38, was with family and friends at San Onofre beach, Southern California, when she was attacked after paddling out into the ocean where her fiance Dusty Phillips was surfing with friends.

Of that day in April 2017 she says: “It was so beautiful that weekend. The water was so blue and sparkly. All the guys had their boards, I was the only one swimming.

“We had noticed a sea lion had surfaced to my left and looked right at us, and I looked at my fiance Dusty and said, ‘that sea lion looks a little panicked to me’. 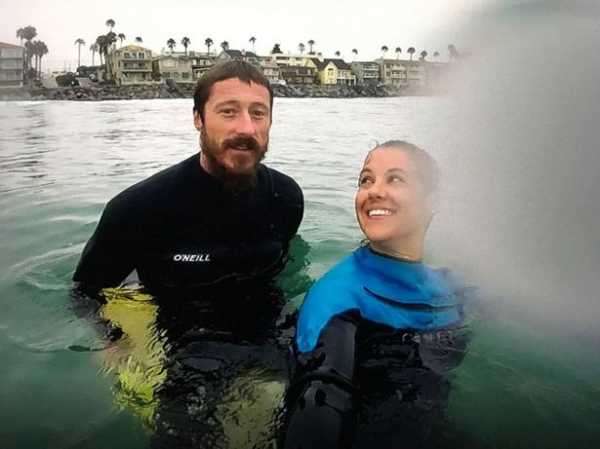 “And right away he dipped back down under. So I started to swim towards the shore.”

Moments later, she felt something bite her right leg and buttocks and pull her down. She says: “I felt these razor blades go into my leg” she says. “I screamed as loud as I could.

“I remember trying to push the shark off of my leg. I went maybe 25-30 feet. It was deep enough that I could notice the light change, and it was getting darker and darker the further I was going down.

“It was very calm and peaceful under the water.” 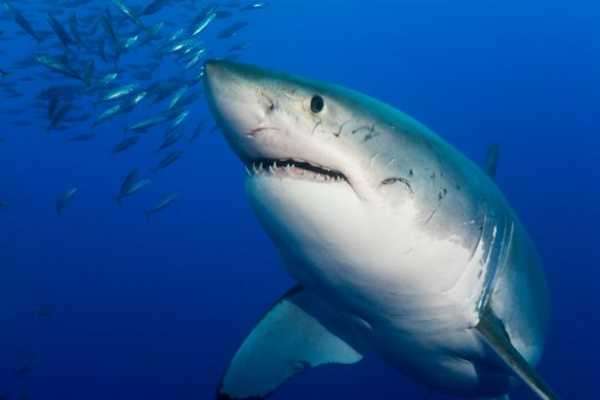 Experts believe Leeanne was attacked by a juvenile great white, which probably mistook her for a sea lion, a protected species in California and the reason, they believe, why shark sightings have increased.

Fiance Dusty says: “As I was paddling, I heard the scream.

“Her scream disappeared under the water. A scream that piercing sends chills up your spine. It was a piercing scream I’d never heard before. 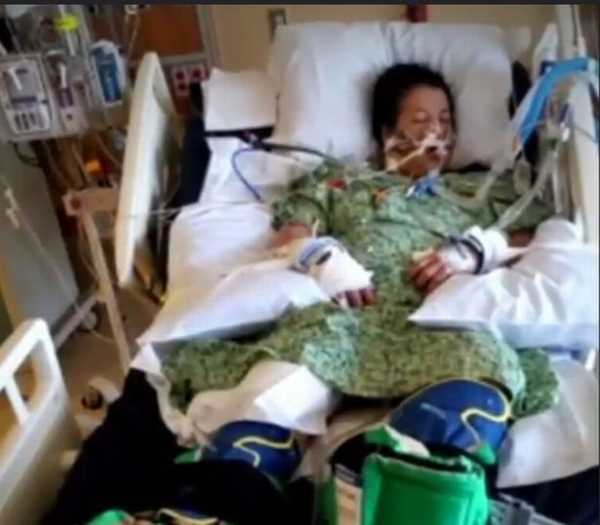 She was airlifted her to hospital barely clinging to life
(Image: Dusty Phillips)

“She wasn’t anywhere to be found, gone.”

Way underneath the water, Leeanne was battling with the shark, which finally let go – after tearing out a chunk from her leg.

She remembers reaching the surface, where Dusty put her on his surfboard and started frantically paddling back towards the shore.

Leeanne, who has seven-year-old twins and a 15-year-old daughter, said: “I was just in a red blood pool. Little bits of my fat were floating around in the water.” 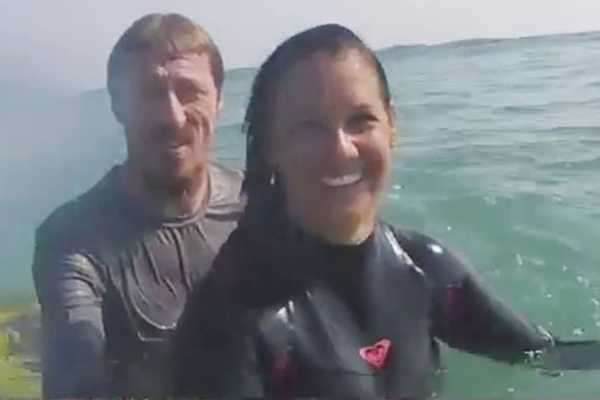 Dusty put his fiancee onto his surfboard and paddled her back to the shore
(Image: ABC News)

By the time they reached the beach paramedics from the local marine base were already arriving by helicopter, who airlifted her to hospital barely clinging to life.

One of the crew, paramedic David Lewis, remembered: “She wasn’t even really bleeding any more, by that point she had really lost all of her blood.”

Another, Justine Myers, says: “I lifted up her leg at one point and my first thought was that there was a chance her leg would come off.”

And Dusty, too, thought she wouldn’t make it. “She was a completely grey colour that looked like she was already dead,” he says. “I never told her I’d loved her until then.”

Leeanne says: “It was the first time he’d ever told me that.

“And I was thinking, ‘of all the times, this is the time you picked to tell me you love me?’ But at least if I had died I would have heard it.”

Despite her miraculous escape, she had to teach herself to walk again and still has no feeling in her injured leg.

She says: “Most of my hamstring and my glutes are gone, my quad is gone, pretty much everything has gone. They took skin from my left leg to close the wounds on my right.

“There’s no cushion over my hip joint anymore so I can only lay on my side for so long, sit for so long, stand for so long. But I thank God that I didn’t lose my leg, or my life.”