A holiday park in Spain, which is home to a large number of retired Brits living abroad, has been destroyed by fire, with officials now investigating the blaze 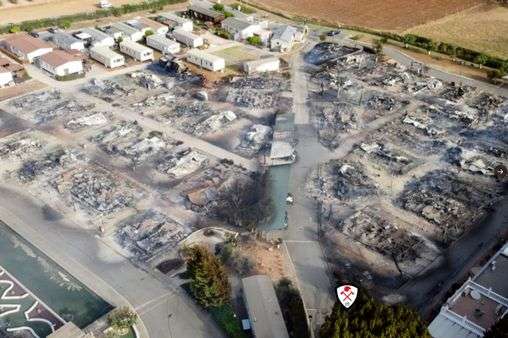 A static caravan park in Spain known as the ‘English campsite’ has been destroyed by fire.

More than 60 prefab homes were gutted by flames after nearly 80 residents, many British, were evacuated from the site in Mollina near Malaga.

Two people suffered first degree burns but did not need to be transferred to hospital and were treated at the scene.

The alarm was sounded just before 4.30pm on Sunday.

Huge plumes of black smoke could be seen for miles around and the scene of devastation was clearly visible from pictures taken after a two-hour battle to put the flames out.

The holiday park affected is known as Lazy Days Static Holiday Home Park but is known locally by Spaniards as ‘the English campsite’ due to the large amount of Brits who have made the site their home. 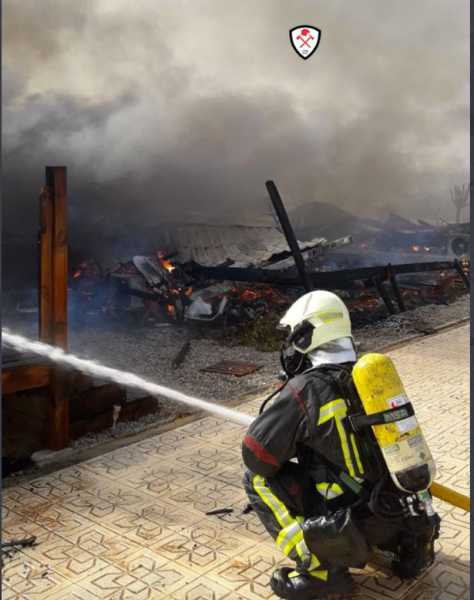 The fire has destroyed the popular park
(Image: SOLARPIX.COM)

Some chose it for holidays but many are semi-permanent or permanent residents who have opted for a sunshine retirement.

Facilities include a mini-golf course, an outdoor pool and a gym.

Local reports say only four of the prefab homes were left standing. Two people were treated for burns. 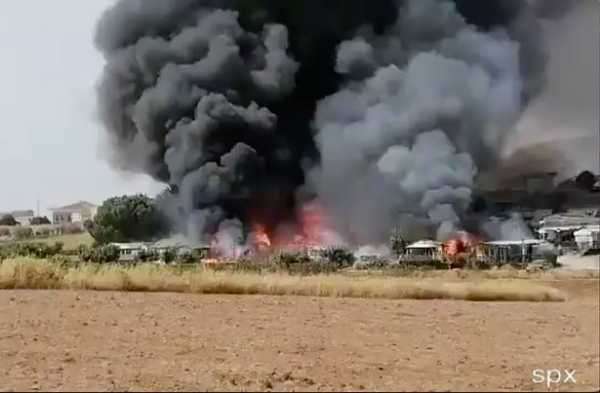 An investigation into the cause of the blaze is underway.

No-one from the site could be reached today for comment.

Expats were today rallying around to offer support.

A Mollina-based British-run real estate firm said “It is a sad day here in Mollina, the home town of our head office.

“Fortunately there were no major injuries and the whole town and even people from other localities stood together and showed immediate will to help out.

“This is what matters in life, being surrounded by good people that help out when needed.”

Brit Gareth Clarke, who owns a holiday home in the area, said he was offering to put people left temporarily homeless because of the blaze.

A spokesman for the regional Junta de Andalucia government said: “Emergency responders have treated two people at the scene who suffered first degree burns but did not need to be transferred to hospital.

“Around 70 people evacuated who were on the site have not been able to return.

“Some of them have been rehoused with relatives and the rest were due to stay overnight at a youth centre in the town.

“Other people who were evacuated as a precautionary measure from houses near the site have been able to return.

“The site has been badly affected by the first and has been cordoned off.”

Mollina is an hour drive north of Malaga and lies close to the town of Antequera.

The Lazy Days holiday home site is in an area on the outskirts of Mollina known as Canada de Realenga.