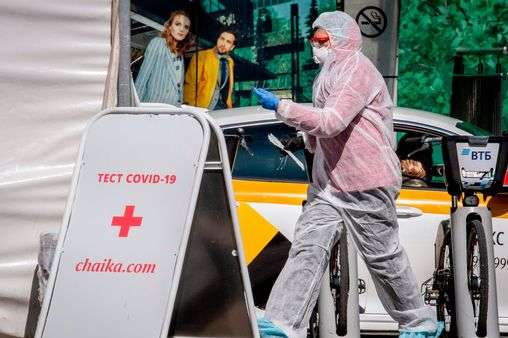 A medic walks near a testing point for the coronavirus in central Moscow (Image: AFP via Getty Images)

A quarter of a million people in Moscow have caught coronavirus, according to reports.

Russia saw a record rise of 9,623 new infections on Saturday with 57 more deaths.

The country is now the seventh most-affected country in terms of cases, having surpassed China, Turkey and Iran this week.

Officials estimate around two per cent of all Muscovites have been hit by Covid-19 with the capital city considered a hotspot compared to the rest of the country.

If the estimate is correct it means more than 250,000 have contracted the virus in Moscow, according to a calculation based on the screening. 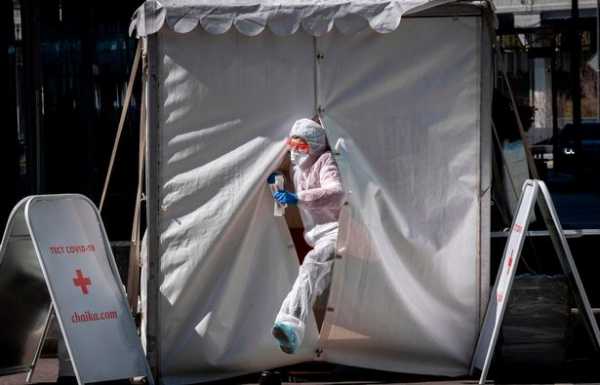 Russia on Saturday reported its largest increase in coronavirus cases with the new infections rising by nearly 10,000 in a single day
(Image: AFP via Getty Images)

But mayor Sergei Sobyanin defended the two per cent figure.

He said: “Judging by the health screening of various population groups, the actual number of those infected amounts to about two per cent of Moscow’s population.

“It is the lowest level among major global cities hit by the pandemic," he claimed.

“We have succeeded in preventing the infection from spreading through discipline and Muscovites’ support for self-isolation measures.”

The country has officially acknowledged that some 214,800 people are under medical supervision across its 11 time zones suspected of having caught the virus.

It also has 124,054 confirmed cases including Vladimir’s Putin’s Prime Minister Mikhail Mishustin who is in hospital with a “high fever”. 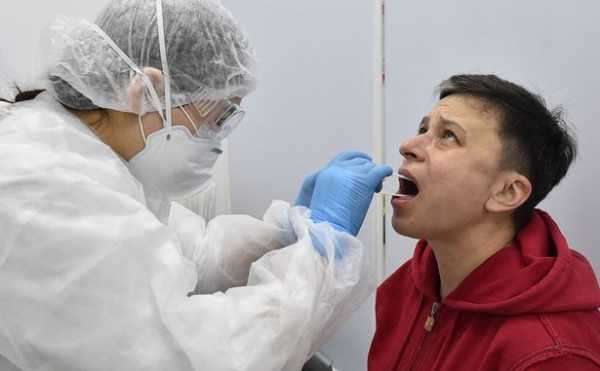 Out of the 57 new deaths, 37 were in Moscow with Sergei Sobyanin ramping up hospital provision by using shopping malls.

A storage unit is pictured at city hospital no.2 in St Petersburg hospital, according to Fontanka news agency. Eight such containers are in place in the city.

The infections in Russia include 1,210 at an Arctic gas construction site amid claims that safety precautions were ignored.

There were 131 new cases at the Belokamenka site in far north Murmansk region.

Russia also claims it has no recurrent cases of infection to date.

The head of consumer and health watchdog Rospotrebnadzor, Anna Popova, said: ”No repeat infection cases have been registered in Russia for the time being.”

A TV satellite is about to explode following ‘irreversible’ battery damage

‘The Falcon Thief’ exposes the high-flying life of a notorious rare-bird...