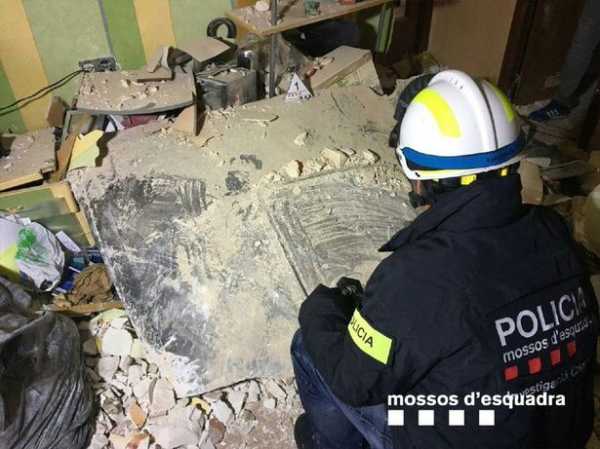 Authorities believe the piece of metal flung by the force of the blast crashed through a window in a flat above Sergio Millan, 58, then brought down the ceiling on top of him

Investigators believe grocer Sergio Millan, 59, died after a metal plate weighing a ton flew through the window of the flat above his and hit the floor before bringing down his ceiling below on top of him.

The blast wave caused by yesterday evening’s explosion at the plant in the eastern Spanish city of Tarragona was initially thought to have caused the structural damage to the dead man’s flat.

But Tarragona mayor Pau Ricoma today revealed the horrific circumstances through to have led to Mr Millan’s death after firefighters found the body of another victim of the explosion inside the plant.

The piece of metal that flew through a window is believed to be from the blast
(Image: @mossos/Twitter)

The find brought the death toll from the blast to two.

The two most seriously injured of the eight people hurt, who suffered burns, have been admitted to Vall d’Hebron Hospital in Barcelona.

The metal plate linked to Mr Millan’s death is believed to be the top of the reactor where ethylene oxide was being produced to be used in products including detergents.

Officials have said they believe the explosion occurred inside the reactor. 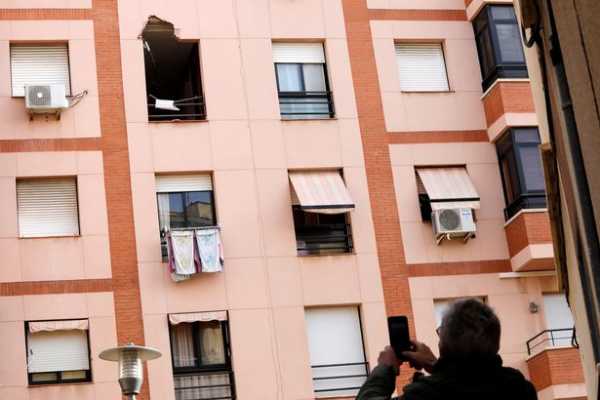 A piece of metal flung from the blast is believed to have flown through one of the windows
(Image: SUSANNA SAEZ/EPA-EFE/REX) 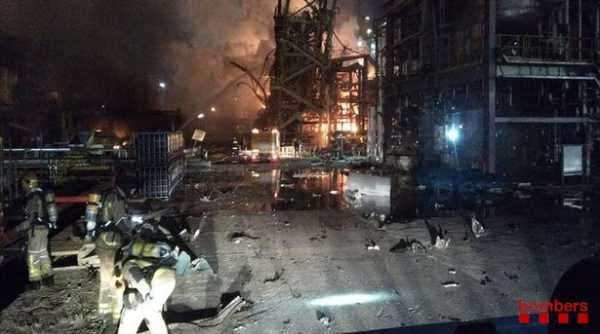 Mr Ricoma told Spanish media expert investigators had concluded the “most likely” scenario so far was that the large piece of metal had flown through the window of the third-floor flat in the block where Mr Millan lived and brought down the ceiling of his apartment below.

The dead man lived with his wife just under two miles from the plant in an area on the outskirts of Tarragona called Torreforta.

The Tarragona mayor’s explanation of the tragedy coincided with the claims made by fire chief Albert Ventosa earlier this morning.

He confirmed initial inquiries pointed to the dead man being hit by a metal plate expelled by the explosion.

A friend of Sergio’s said in a Facebook tribute: “Today is a sad day, knowing that neighbour and friend Sergio Millan will no longer walk his dog through the streets of our neighbourhood. Rest in peace.” 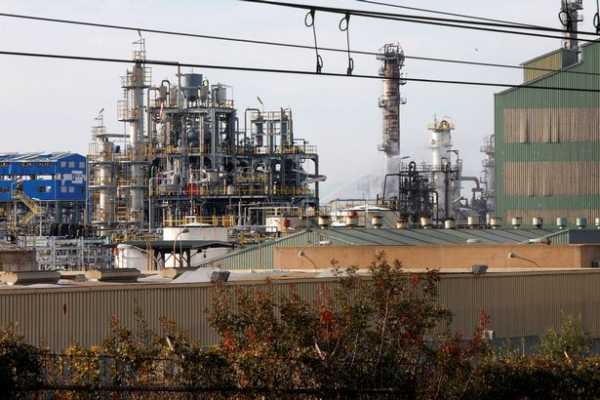 The IQOXE petrochemical factory the morning after the blast
(Image: SUSANNA SAEZ/EPA-EFE/REX)

Around 300,000 people living in the area were initially urged to remain inside their homes after the 6.40pm local time blast yesterday.

However the alert was lifted after firefighters confirmed the plume of smoke caused by the blasts and resulting fire was not toxic.

The fire was brought under control overnight.

Catalan president Quim Torra said late last nigh: “I would like to send my condolences to the family of the person who died as a result of this accident.

“We would also like to send a message of tranquility to the population because no toxic agent has been detected in the air.”