Home Health Terrifying moment 55-year-old man mauled by a bear on his way to... 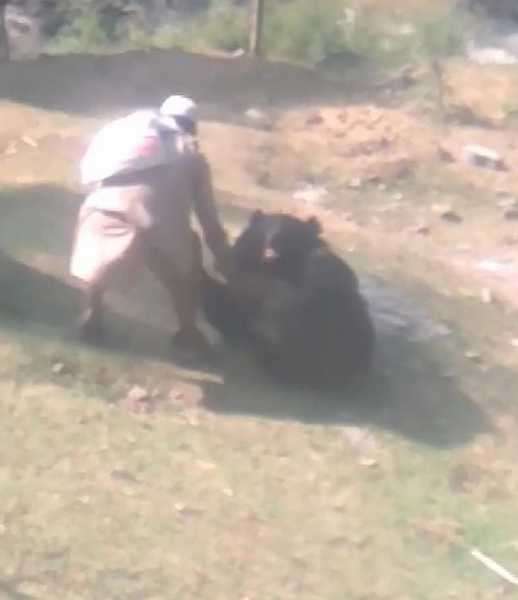 Footage shows the man – named as Ghulam Qadir Sheikh, from Kashmir – being attacked by a sloth bear as he desperately attempts to escape the animal’s clutches

Terrifying video footage shows the moment a 55-year-old man was left seriously injured after he was attacked by a bear as he walked to work.

The incident took place on July 9th in the Shoplian Khag area of Budgam district in central Kashmir, India.

The man has been identified as Ghulam Qadir Sheikh, son of Sattar Ahmed Sheikh, a resident of Shoplian Khag in Kashmir.

According to local reports, Ghulam had left his home and was on his way to work when he was attacked by a sloth bear, leaving him with serious injuries.

The man was attacked as he made his way to work

Officials said the man was rescued by onlookers who attempted to fight off the grizzly animal.

Footage shows Ghulam attempting to break free from the bear who can be seen clasping hold of the man, grabbing him and trying to maul him as he struggled to escape.

Another man intervenes and hits the predator with a long stick until Ghulam breaks free from its clutches. 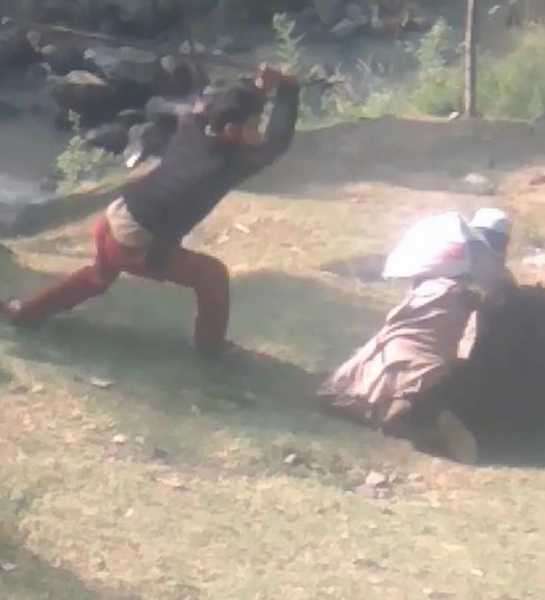 Ghulam was rushed to a nearby hospital and later referred to a hospital in Srinagar for further treatment.

Last month, a brown bear has been sentenced to death after attacking two hikers in Italy.

But animal rights groups have called for the mammal to receive a stay of execution following the attack. 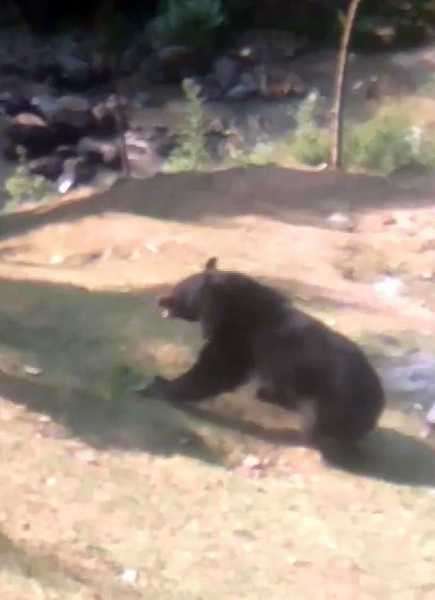 The man was attacked by a sloth bear in India's Kashmir

Fabio Misseroni, 59, and his son Christian Misseroni, 28, were hiking on Mount Peller in Trentino, Italy last Monday when the animal jumped onto the path in front of them.

The bear bit the younger man's leg before his dad jumped on its back so his son could escape.