Home Health Will coronavirus spread in the US? It’s not ‘if’ but ‘when,’ CDC... 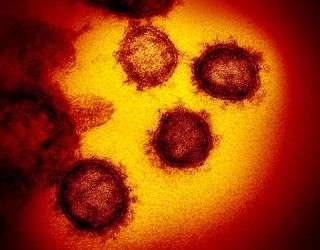 This is a transmission electron microscope image showing the new coronavirus emerging from the surface of human cells.

It’s not a matter of “if” but “when” the new coronavirus, SARS-CoV-2, will spread in the United States, officials with the Centers for Disease Control and Prevention (CDC) said in a news conference today (Feb. 25).

In the past week, there have been reports of increased community spread of the virus in other countries, including South Korea, Iran, Italy, Singapore, Taiwan, Thailand and Japan.

That has “certainly raised our level of concern and raised our level of expectation that we are going to have community spread here” in the U.S., Dr. Nancy Messonnier, the director of CDC’s National Center for Immunization and Respiratory Diseases, said in the briefing.

Currently, the outbreak meets two criteria of a pandemic: The virus behind the outbreak can infect people and cause illness, and it can easily spread from person to person. “As community spread is detected in more and more countries, the world moves closer towards meeting the third criteria: worldwide spread of the new virus,” Messonnier said.

From other countries, it’s clear that once community spread began, the virus “moved quite rapidly,” she added. “We want to make sure that the American public is prepared” for spread in the U.S., she said.

The CDC is recommending that people begin to start planning for such an event by taking steps such as asking school systems what their strategy will be to mitigate the spread. For example, schools might consider dividing students into smaller groups or even using internet-based teleschooling, she said. On a larger scale, communities and cities may need to change or postpone mass gatherings, she added.

There is currently no known community spread in the U.S. There are 14 confirmed cases of COVID-19 (the disease caused by SARS-CoV-2) in the U.S. that were detected through public health surveillance. (Of these, 12 cases occurred in people who traveled to China and two in people who were infected from person-to-person spread after having close contact with travelers.) There are additionally 39 cases among U.S. citizens who were repatriated into the country from the Diamond Princess cruise ship or Wuhan, China (where the outbreak began) and placed under quarantine.

But there is also still no vaccine to prevent infection by SARS-CoV-2, nor is there a treatment. So when the virus does begin to spread in the United States, we still don’t know what that will look like, Messonnier said. She reiterated that while she hopes the infection will not be severe in the U.S., officials are preparing for this scenario.

NASA catches astonishing footage of UFO hovering above Earth for over...