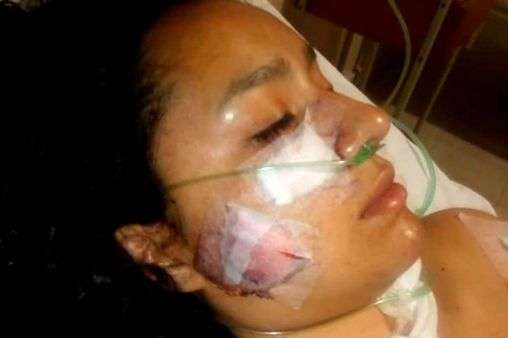 Debora Acevedo is fighting for her life in hospital after allegedly being stabbed 18 times by her ex-partner (Image: @beluPacheco.91/Newsflash)

A mum is fighting for her life after allegedly being stabbed 18 times front of her two children.

Debora Acevedo, 27, has been left her unable to breathe on her own following the horrific attack.

After leaving her for dead, ex-boyfriend Federico Vega, 27, locked himself in the bathroom where he also stabbed himself in an apparent suicide attempt, it is claimed.

He survived and was discharged from hospital into police custody, after the violent attack that happened in the town of Ezeiza in Buenos Aires, Argentina, in the early hours of August 28.

Vega is accused of stabbing Debora 18 times in the head, face and thorax leaving her unable to breathe without artificial aid after her lungs were repeatedly punctured. 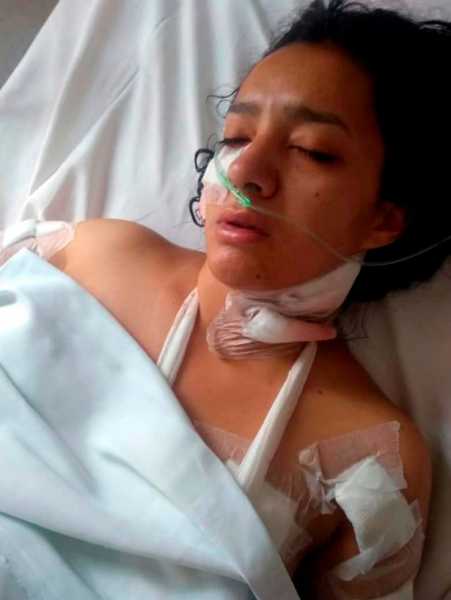 Debora after the attack
(Image: @beluPacheco.91/Newsflash)

A friend of the victim, Belen Pacheco, said on Facebook : "He entered her house by breaking the window and attacked her directly, (while) her children were yelling at him 'please daddy, don't kill mum'."

The victim was taken by a neighbour who entered the house because of the screaming and then drove the critically injured young mum in a private car to the Ezeiza hospital, where she was admitted to the intensive care ward in a serious condition.

Belen added: "He punctured her lung, stabbed her 18 times in front of her children, now she is on oxygen because she cannot breathe on her own." 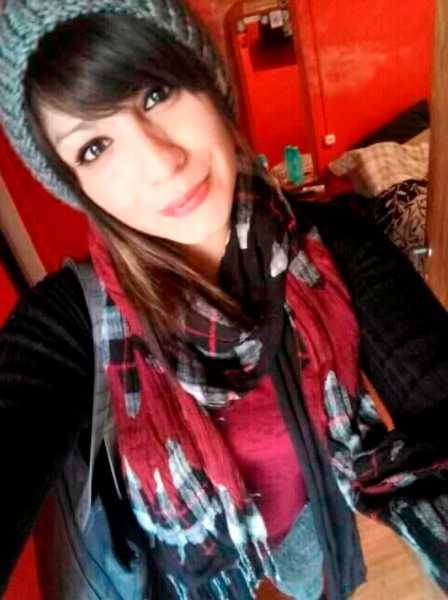 The ex-boyfriend was taken to the same hospital, where he was operated and later discharged and is now being held at the city's fifth police station.

In an interview with the Argentine newspaper Clarin, Belen added: “She (the victim) believes that he had it planned. He even cut the power and broke the window to be able to enter more easily.

"She is currently stable, with oxygen, and has to wait for her lung to heal: That's what the doctors told her." 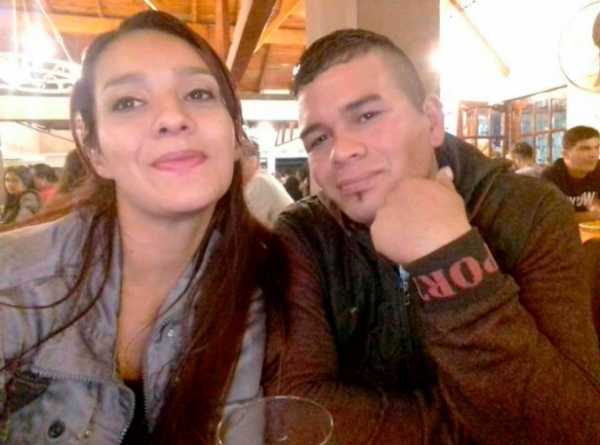 Debora and Federico Vega, who is alleged to have broken into her home
(Image: Debora Acevedo/Newsflash)

Debora and Federico began dating six years ago and have a son aged four, and the young woman already had a daughter, now eight, both of whom witnessed the violent attack.

Belen said that Vega had been in prison and when he was released, they tried to make a go of the relationship, but it simply did not work out.

Two weeks ago, Debora allegedly had thrown him out of the house because of his constantly aggressive and jealous behaviour.

The incident is being investigated by the prosecutor Maria Lorena Gonzalez, in charge of the Functional Instruction Unit 3, Specialized in Sexual Crimes, related to Human Trafficking and Gender and Family Violence.

The judicial official said the case was being treated as one of "attempted femicide".

Could Scientists ‘Hack’ the Zika Virus to Kill Brain Cancer?