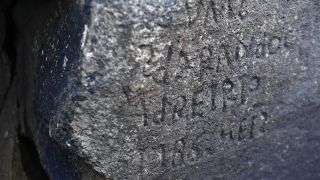 A mysterious inscription engraved centuries ago on a rock at a French beach was finally unscrambled, thanks to an international competition launched in 2019.

A mysterious, 230-year-old rock inscription in a French harbor stumped translators for decades. But now, nearly a year after the launch of a contest to decipher the writing, experts have finally decoded its secret message.

In May 2019, officials in the town of Plougastel-Daoulas in Finistère, France, challenged members of the public to interpret the 20-line carved message, Live Science previously reported. Etched into a stone in a cove that’s accessible only at low tide, the writing included two dates — 1786 and 1787 — as well as letters and symbols such as a heart-topped cross and a ship.

Contestants from around the world submitted 61 possible translations for the message, The Jerusalem Post reported. Local officials then selected two entries that provided slightly different interpretations but drew a similar conclusion: that the inscription was a memorial to a man, possibly named “Serge,” who died near the beach a few years before the French Revolution, according to The Jerusalem Post.

Researchers have known about the boulder’s enigmatic message since 1979, but the language of the full inscription was puzzling, Radio France Internationale (RFI) reported in December 2019. Much of the text resembled 18th-century Breton — the Celtic language spoken in western France since the Middle Ages — but it also incorporated Scandinavian “Ø” letters, as well as words that may have been Welsh, according to the BBC. What’s more, a number of letters were upside down or reversed, hinting that the writer was only semiliterate.

However, one complete Breton phrase stood out: “Through these words you will see the truth,” Breton language specialist François-Pol Castel told RFI.

“That’s the translation of the sentence at the very top of the inscription,” Castel said. “It is very mysterious, isn’t it?”

One of the winning translations was written by Noël René Toudic, a Celtic studies researcher and English professor. Part of Toudic’s translation read, “Serge died when, with no skill at rowing, his boat was tipped over by the wind,” according to The Jerusalem Post.

The other winning entry, submitted by journalist Roger Faligot and cartoonist and comics writer Alain Robet, tells a more sinister tale, suggesting that the writer held someone responsible for the death of his friend, Agence France Presse (AFP) reported. Part of that translated text read, “He was the incarnation of courage and joie de vivre [zest for life]. Somewhere on the island, he was struck and he is dead,” according to The Jerusalem Post. 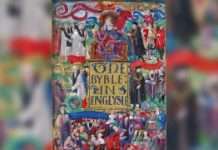 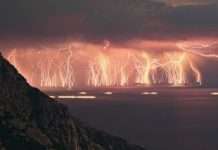 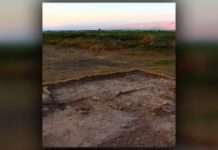 Oldest human cremation in the Near East unearthed