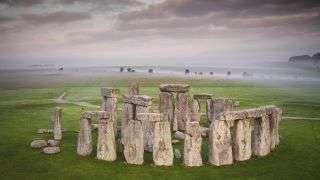 New research reveals the origin of most of the largest stones at Stonehenge, the Neolithic monument built on England’s Salisbury Plain about 4,500 years ago.

More than 60 years ago, a worker at Stonehenge kept a drilled-out cylinder from one of the monument’s massive upright stones during a restoration project, and last year, on the eve of his 90th birthday, returned the stone. A new analysis of it has now helped solve the mystery of where the giant stones were quarried.

Chemical analysis has shown that the drilled-out stone — along with almost all of Stonehenge’s most massive stones — came from West Woods in Wiltshire, just 15 miles (25 kilometers) from the Neolithic monument, said University of Brighton geoscientist David Nash, who led the study.

While many of the smaller “bluestones” that surround Stonehenge were cut in the Preseli Hills in the west of Wales, more than 140 miles (230 km) away, little was known before about the large sandstone boulders at Stonehenge, which are known as “sarsens.”

The name sarsen is a shortening of “Saracen,” an English name for Arab Muslims during the Middle Ages, which came to be used for anything non-Christian or pagan.

Some of the sarsens at Stonehenge are 30 feet (10 meters) tall and weigh more than 25 tons (23 metric tons). They are thought to be the first standing stones erected there about 4,500 years ago.

As Live Science reported last year, a fallen “trilithon”— a structure made of two upright sarsens covered by a third sarsen lintel — was re-erected at Stonehenge during restoration work in 1958. The restorers found that one of the upright stones was fractured, and so they drilled through it horizontally in three places to strengthen it with metal rods.

A workman named Robert Phillips kept one of the drilled cores, which was about an inch (2.5 centimeters) across and 42 inches (108 cm) long.

He returned it on the eve of his 90th birthday last year to the English Heritage trust, which now manages Stonehenge for the British government.

After news came out about the “Phillips core,” a small part of another core — a 7-inch-long (18 cm) rock cylinder —  was found at a nearby museum last year.

The rest of that core and the third drill core are now thought to be lost.

Nash told Live Science that his team carried out detailed analysis of half of the Phillips core, while the other half was retained by English Heritage.

They used a technique called “inductively coupled plasma mass spectrometry” (ICP-MS), which examines the light of gases given off by a sample ionized by hot plasma,, to reveal a “chemical signature” of the rock from the drilled sarsen. They then compared that signature with samples from stones at 20 locations across the south of Britain, which showed the sarsen had come from West Woods, he said.

The next step was to establish whether the drilled sarsen came from the same place as the other sarsens at Stonehenge.

Nash and his team weren’t able to directly sample the rock from those stones, which are heavily protected by law. But they were able to scan their surfaces with non-destructive portable X-ray fluorescence spectrometry (PXRF), which examines the x-rays emitted by a material bombarded with high-energy light. The technique showed most of them all but two of the 52 matched the chemistry of the sarsen from West Woods, he said.

The location where the remaining two sarsens are from is not yet known, and it may be that other sarsens now missing from Stonehenge came from the same place, he said.

—Image gallery: Digging up at tomb at the Swedish Stonehenge

The study shows the so-called “Heel Stone” at Stonehenge was also quarried at West Woods.

Unlike most of the other sarsens, which were “dressed” or squared-off after they were placed, the Heel Stone stands upright outside the main stone ring and is still in its original rough shape. That suggested to some researchers that it was originally at the Stonehenge site on Salisbury Plain. But the new research shows it was also quarried from West Woods, Nash said.Among the next tasks will be to try to identify where in West Woods the Stonehenge sarsens were quarried.

The researchers hope to use lidar (light detection and ranging) — to make high-resolution maps of the area that might show where the giant stones were cut.

Those maps could indicate the route used in Neolithic times to drag the sarsens to Salisbury Plain from wherever they were cut in West Woods, which covered a large area, Nash said:”The western route is a strong possibility, but if [the sarsens] came from more to the east, then they could have come down the [Avon] river valley,” Nash said.

The research was published online July 29 in the journal Science Advances. 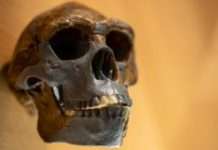 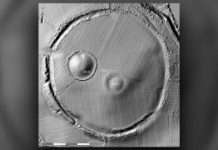 Life after death: Man telepathically spoke to God after leaving his...