A UFO has allegedly been seen flying near the top secret Area 51 base in Nevada, adding fuel to the fire at claims the US government is hiding alien technology there.

An resident of Rachel, Nevada – the closest town to Area 51 – set up a motion sensor camera in their garden and was shocked to see the results. After the person reviewed the footage, they noticed a strange metallic looking object zoom past in the distance. The object is long and thin and moves at a rapid pace.

The video was quickly uploaded to the YouTube channel FilmGuy, along with the caption: “Here in Rachel, Nevada. Got this footage on my motion sensor camera.

“Unbelievable, not sure if it’s a jet or some aircraft I haven’t seen before. Pretty cool nonetheless.”

As Rachel is situated so close to Area 51, conspiracy theorists obviously linked the two together, claiming it must have come from the top secret military base.

Prominent alien hunter Scott C Waring wrote on his blog UFO Sightings Daily: “The sound is just like that of a jet, but clearly the object is a metallic disk. 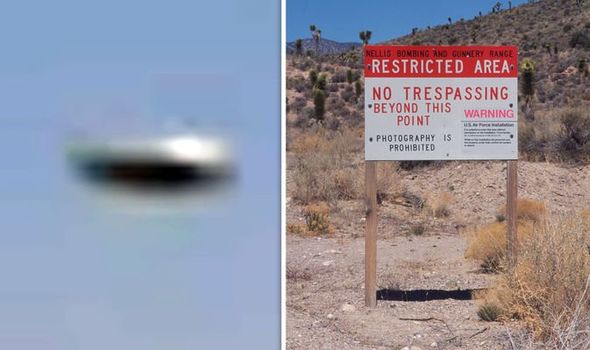 “So perhaps the sound is merely the noise of the UFO  pushing aside the wind as it shoots across. Clearly another top secret Area 51 project.

“Imagine a fleet of these American craft flying over other countries. Puts the fear into those who see them.”

The sighting comes just as two million people have signed up to an event on Facebook called ‘Storm Area 51’.

According to the description of the event, attendees will meet nearby and storm the top secret base on September 20. 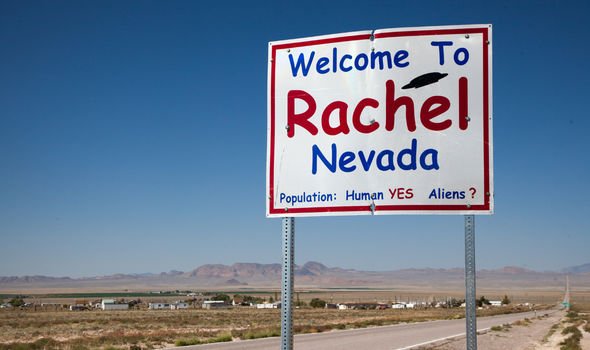