Home Planet Earth Artificial Intelligence: Has the Bible warned us against the rise of AI? 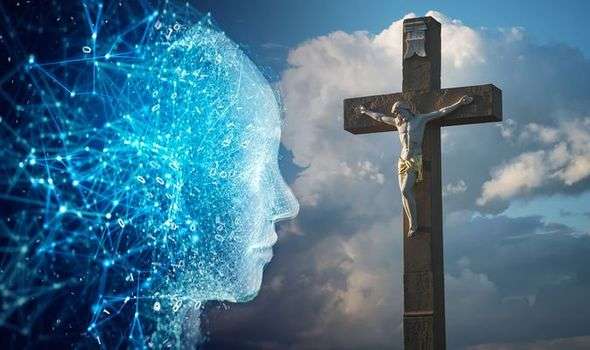 ARTIFICIAL intelligence is feared by many to be a future threat to humanity’s independence – but does the Bible have anything to say about the rise of AI?

Artificial intelligence (AI) is often at the heart of big blockbusters, as evidenced by the popularity of The Matrix and Terminator franchises. The Hollywood films typically envision scenarios in which sentient machines rise against their human masters. And though scientists are yet to develop machines that can truly think for themselves, many fear science-fiction could one day become science-reality.

Paul Begley, a Christian evangelist from West Lafayette in Indiana, US, believes fears of artificial intelligence can be addressed by reading the Bible.

Pastor Begley is the host of The Coming Apocalypse, a programme linking modern-day events to biblical scripture that is broadcast on some US TV channels.

During his latest broadcast, the preacher has bizarrely claimed AI technology is linked to biblical prophecies of the Second Coming of Jesus Christ.

He said: “Today we’re going to be looking at AI technology; how it’s becoming part of the biblical narrative; how that in the last days AI technology will be used to judge and convinct, and maybe even execute the human race. 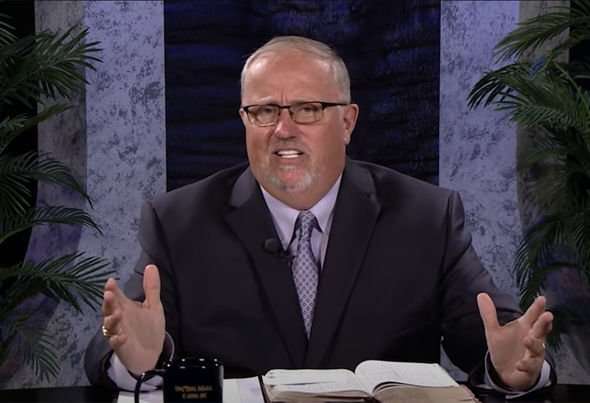 “Given the power to the computer, to the electronics, to the all-seeing eye, are you serious?”

Although the Bible was penned long before the advent of electricity, pastor Begley is certain clues about the rise of AI are found in scripture.

He said humans are placing their confidence in machines rather than God, arguing the world has drastically changed.

Pastor Begley then read from the Bible, quoting a prophetic dream by the Babylonian King Nebuchadnezzar.

The prophetic passage in question can be found in Daniel 2:31.

Daniel 2 reads: “Your Majesty looked, and there before you stood a large statue—an enormous, dazzling statue, awesome in appearance.

“The head of the statue was made of pure gold, its chest and arms of silver, its belly and thighs of bronze, its legs of iron, its feet partly of iron and partly of baked clay.

“While you were watching, a rock was cut out, but not by human hands. It struck the statue on its feet of iron and clay and smashed them

“Then the iron, the clay, the bronze, the silver and the gold were all broken to pieces and became like chaff on a threshing floor in the summer. 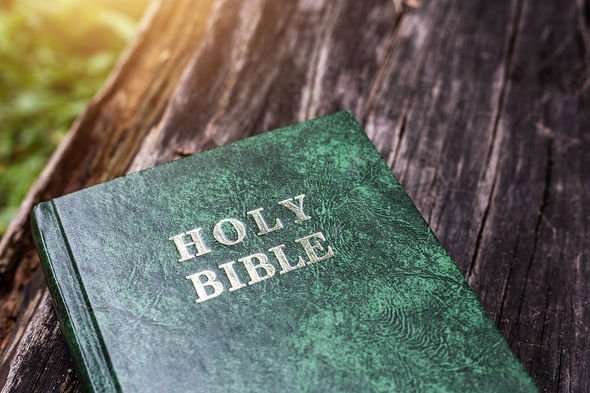 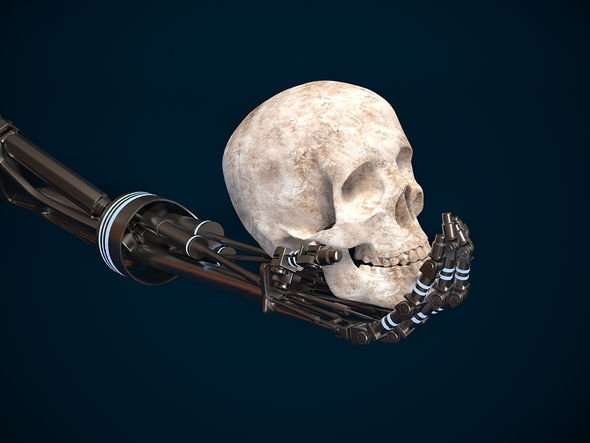 “The wind swept them away without leaving a trace. But the rock that struck the statue became a huge mountain and filled the whole earth.”

In pastor Begley’s opinion, the dream is a prophecy of changing technology and a blending of human and machine.

The evangelist then linked the prophecy to the Book of Revelation – the final chapters of the Bible that describe the end of the world.

Pastor Begley said: “We notice in the Book of Revelation it talks about an image, just like Nebuchadnezzar saw an image of the coming empires that would eventually fall – it was an image – so does John see an image of the beast of the Antichrist, and the Beast Kingdom that will also fall.”

Revelation 13 reads: “Because of the signs it was given power to perform on behalf of the first beast, it deceived the inhabitants of the earth.

“It ordered them to set up an image in honour of the beast who was wounded by the sword and yet lived.”

Pastor Begley said: “I don’t need to be counterbalanced by technology when we’ve got what’s called the Holy Spirit.

“And if you listen to your conscience, and you understand the Word, and you’re being led by the Holy Ghost, you don’t need to be monitored.”

Most experts, however, will agree the Bible does not reference the rise of artificial intelligence in scripture.

Engineering student Bruce Gutman wrote on Quora: “If you twist interpretation to suit the propoganda then you can find everything in it.”