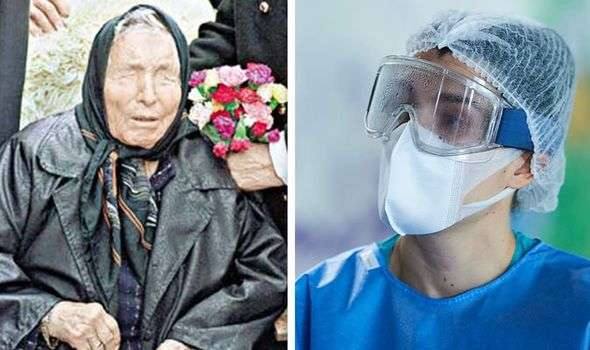 BABA VANGA is often hailed as the Balkan Nostradamus and is said to have predicted the coronavirus pandemic, according to bizarre claims made online.

The blind mystic Baba Vanga is considered by her followers to be on par with the 16th-century prophet Nostradamus. Born Vangeliya Pandeva Gushterova in 1911, the Bulgarian mystic is said to have predicted the sinking of the Russian submarine Kursk. Many have now claimed online Baba Vanga predicted the coronavirus pandemic.

The coronavirus, which first appeared in China last November, has infected more than 2.7 million people globally as of April 24.

The virus’ sudden appearance has prompted many conspiracy theorists to look for a supernatural explanation behind its appearance. 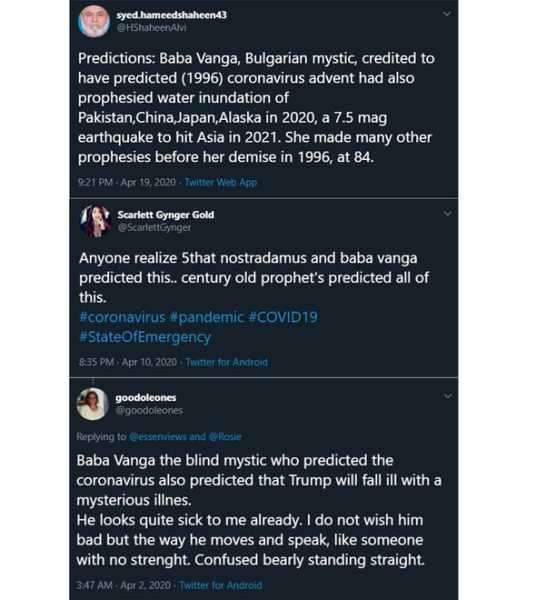 Another person said: “Anyone realize that Nostradamus and Baba Vanga predicted this.. century old prophet’s predicted all of this.#coronavirus #pandemic #COVID19 #StateOfEmergency”

A third Twitter user said: “Baba Vanga the blind mystic who predicted the coronavirus also predicted that Trump will fall ill with a mysterious illness.

“He looks quite sick to me already. I do not wish him bad but the way he moves and speak, like someone with no strength. Confused bearly standing straight.”

Despite the outrageous claims, there is no evidence Baba Vanga had the power to predict the future.

The blind mystic came to global prominence after her death when the Russian submarine Kursk sank in 2000.

Before her death, Baba Vanga warned of flooding in Kursk, which many assumed meant the Russian city.

Baba Vanga is also said to have predicted the election of Barack Obama as US President in 2008.

A woman who has met Baba Vanga has also said she warned us coronavirus “will be all over us” many years ago. 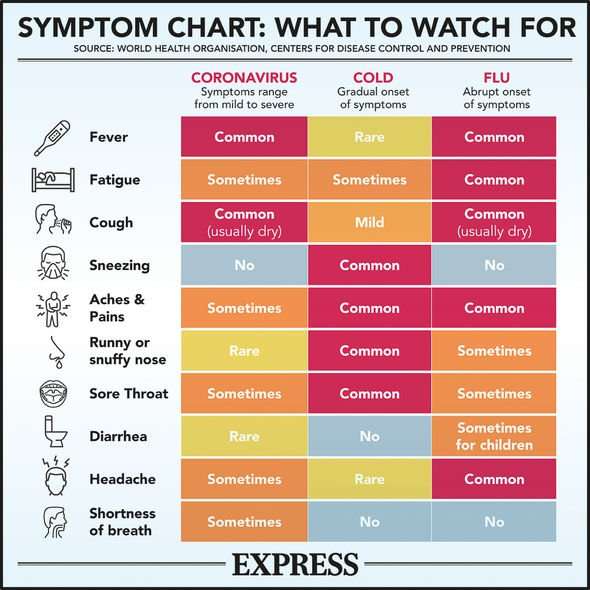 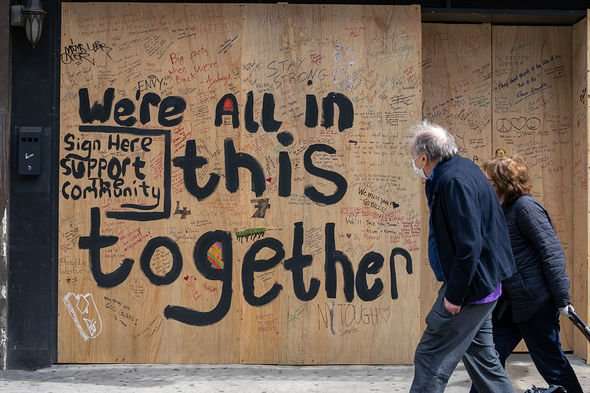 Baba Vanga’s followers believe the mystic had an 85 percent accuracy with her predictions.

But according to the website Skpetics.com, there is very little substance behind Baba Vanga’s prophecies.

The website said: “Vanga was illiterate or semi-literate, and she apparently did not write any books herself, with staff members financed by the Bulgarian government capturing what she allegedly said.

“Those of Vanga’s predictions quoted seem to all be apocalyptic visions of the future of the world – particularly Europe – and even Mars, where a war will break out in 3005 and change the trajectory of the planet.

“On a more positive note, she predicted that in 2028 mankind will fly to Venus to search for new sources of energy – she must not have seen the toxic and corrosive atmosphere of the planet – and that by 2130 civilisations will live underwater with the help of aliens.”

Craig Hamilton-Parker, a British psychic who runs Psychics.co.uk, also told Express.co.uk: “Baba Vanga has made some fascinating predictions but I worry whether all of them are legitimate.

“To this day, she has a following of devotees in her home country of Bulgaria. Some of these devotees have contacted me when they saw a video I made about her predictions on YouTube.

“Her close devotees say that they have kept her last predictions secret and were not to be revealed to the world yet.

“I was told that the vast majority of the predictions we see on the Internet are fake. For example, there was supposed to be a nuclear war in 2010 which never happened.”

A never-before-seen ‘partial supernova’ sent this star’s corpse skidding across the...

NASA spacecraft gets a look at one of the strangest places...