A HISTORIAN investigating the Bermuda Triangle believes he cracked the “unexplainable” descriptions made more than 500 years ago, a 2007 documentary revealed.

The Bermuda Triangle, also known as the Devil’s Triangle, is a loosely defined region in the North Atlantic Ocean, where a number of aircraft and ships have disappeared. The vicinity of the Bermuda Triangle is among the most heavily travelled shipping lanes in the world, with ships frequently crossing through it for ports in the Americas, Europe and the Caribbean islands. Popular culture has attributed various disappearances to pirating, the paranormal, or even some mysterious underwater force.

Amazon Prime’s “Inside The Bermuda Triangle” revealed how, On October 11, 1492, Christoper Columbus reported seeing a strange light during his first voyage across the transatlantic.

Columbus described the light in his log as “a small wax candle that rose and lifted up, which for a few seconds seemed to be an indication of land”.

Author Gian Quasar explored the description during the series.

He said in 2007: “The triangle’s got a superstition of seafarers, and the enigma can be found as far back as Columbus’ log. 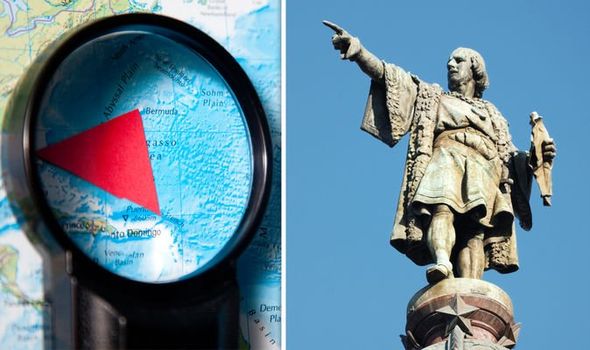 it was a meteorite

“He was the first to sail the area and he noted that, on three occasions, the compass pointed in the wrong direction, 11 and a quarter degrees off from the evening reading from the morning reading, which was unexplainable.

“He also noted that the sea rose without any wind whatsoever which shocked them all and then on the eve of discovering the new world an unexplained light levitated on the horizon and then rose up.”

However, historian Larry Kusche claims to have cracked the phenomenon.

He said: “When they were crossing the ocean they were legitimately afraid of what they were getting into because everybody thought the world was flat and they were going to drop off at the edge.

JUST IN: Yellowstone volcano researcher claims NASA work on caldera could ’cause it to explode’ 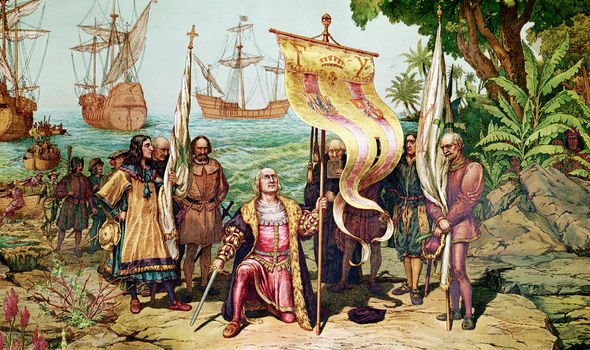 “One of the stories is that Columbus saw a strange light at night, my research on that was Columbus did make a note in his log about a bright light overhead and all historians have assumed that it was a meteorite.

“Another part of the story about Columbus is that the compass was acting strange.

“This was due to the heavy storm they were travelling through.”

Compass problems are one of the most cited phrases in many Bermuda Triangle incidents. 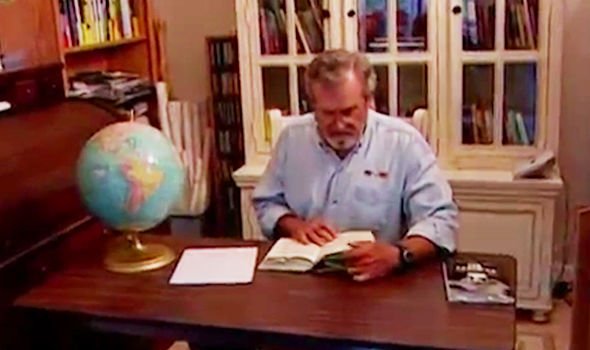 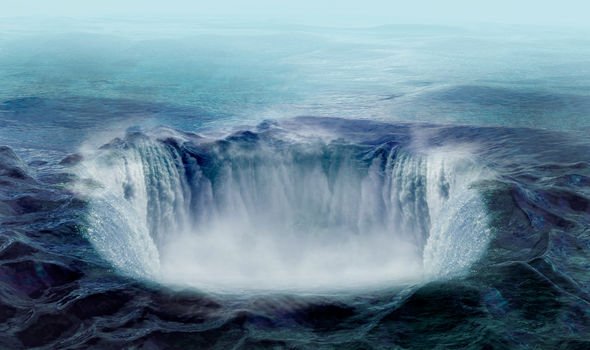 While some have theorised that unusual local magnetic anomalies may exist in the area, no evidence of this has been found.

Compasses have natural magnetic variations in relation to the magnetic poles, a fact which navigators have known for centuries.

Magnetic north and geographic north are exactly the same only for a small number of places – for example, as of 2000, in the US, only those places on a line running from Wisconsin to the Gulf of Mexico.

However, the public may not be as informed and think there is something mysterious about a compass “changing” across an area as large as the Triangle, which it naturally will.