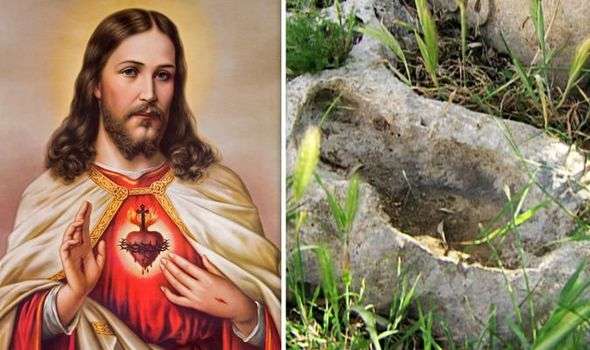 A FOOTPRINT that is said to belong to Jesus discovered outside of the Holy Land could blow a key story from the Gospels out of the water.

In the Bible, the’ “Calming of the Storm” miracle is told in the Gospels of Matthew, Mark and Luke, detailing how Jesus Christ was woken during a “furious tempest” by his disciples. Jesus is reported to have said “Peace! Be still” to which the wind eased and the waves calmed, before they travelled to “the land of the Gadarenes”. Christians have long debated over their final destination, but have been unified over the belief the miracle took place on the Sea of Galilee.

However, biblical investigator Simcha Jacobovici may have uncovered evidence that the apparent son of God actually travelled across the Mediterranean to the Spanish island of Majorca, it was revealed during Amazon Prime’s “Decoding the Ancients”.

The narrator said in 2004: “Right in the place where Jesus would have been if he was caught in a storm, Simcha has tracked down a second-century Jewish-Christian burial that is commemorated with anchors.

“He’s also discovered an inscription that seems to point to Jerusalem, the centre of the Jewish Christian movement after the crucifixion.

“These anchors could be archaeological evidence that Jesus’ earliest followers lived in Majorca. 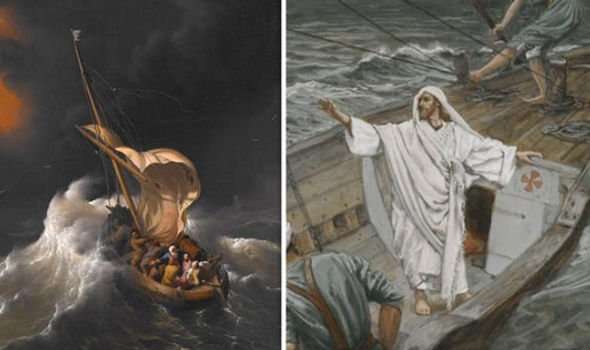 “But is there any traditional or physical evidence that Jesus set foot on this island?”

The series went on to reveal how there is actually a long-standing tradition on the island.

The narrator added: “Incredibly, all it takes is a question to the taxi driver to reveal that there is a local tradition claiming that Jesus came here and left his footprint as a permanent reminder.

“Simcha’s driver takes him to the footprint that locals treat with veneration.” 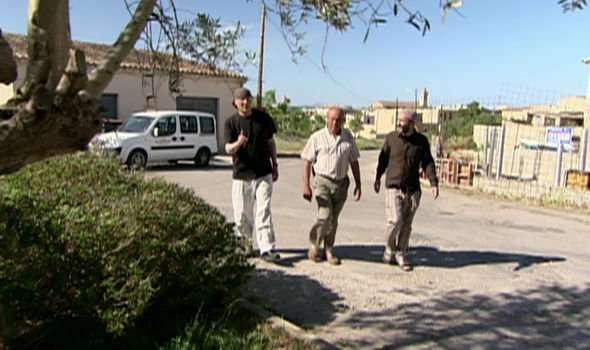 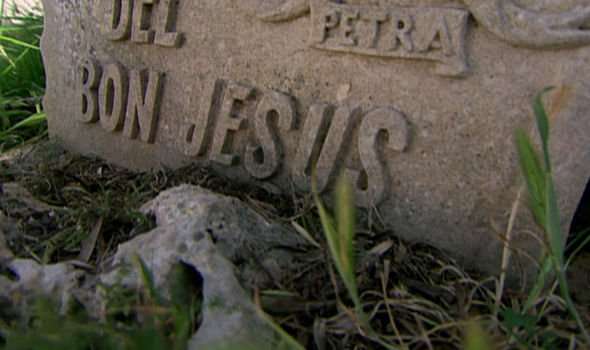 Mr Jacobovici tracked down a local, who was able to give some more information. 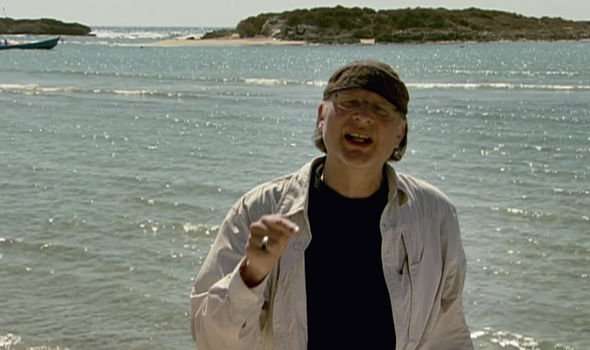 Mr Jacobovici explained why the discovery could shatter the Christian interpretation of the Bible.

He added: “Traditionally, people have assumed that Jesus never left the shores of the Holy Land.

“But our investigation has led us to the conclusion that his famous journey to the land of the Gadarenes mentioned in three of the four Gospels was not a nine-kilometre trek across the tiny lake of Galilee.

“It was actually an epic voyage across the Mediterranean to Spain.

“We have revealed that the geology, geography, culture and archaeology mentioned in the Gospels match southern Spain and nowhere else.”