Home Health Meet the koalas fighting for their lives as species burns to brink... 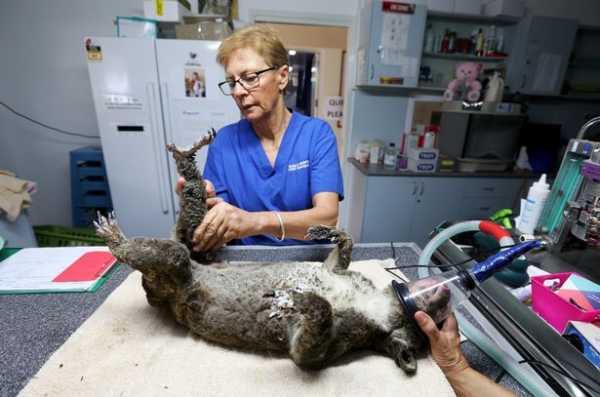 EXCLUSIVE: Port Macquarie Koala Hospital is a scene of hope and sorrow as Australia’s bushfires force its hero medics into a race to save the country’s treasured native marsupials

There are eight beds in the Intensive Care Unit at Australia’s biggest koala hospital.

All of them were in use today.

In fact, they have been fully occupied for the past couple of months.

Signs urge visitors and staff to keep quiet to allow the traumatised koalas the best chance of recovery.

Most of the animals have received horrific burns because of the wildfires raging across Australia.

Experts said so many have been killed that the koala is on the verge of extinction. An appeal launched by the hospital late last year sought to raise £12,500. It now stands at £3million.

At the Port Macquarie Koala Hospital in New South Wales, 300 miles north of Sydney, staff are desperately trying to save the koala population.

We were given a rare behind-the-scenes tour from 45-year-old clinical director Scott Castle, who was born in Basildon, Essex, but now lives in Australia.

He treats each one as if it is a human patient. They all have names. 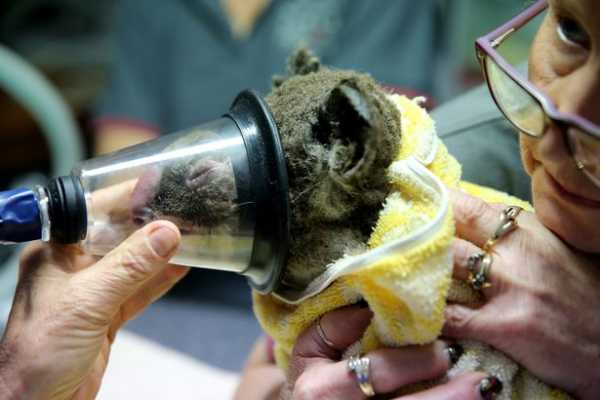 The first name is the area in which they were found, while the second name is chosen by a sponsor.

“This one, Nabiac Austin, was very badly burned,” said Scott, pointing at one of the animals up a tree.

“This mum and her joey, Bilpin Janet and Bilpin Jarrod, were brought in from the fire grounds.” 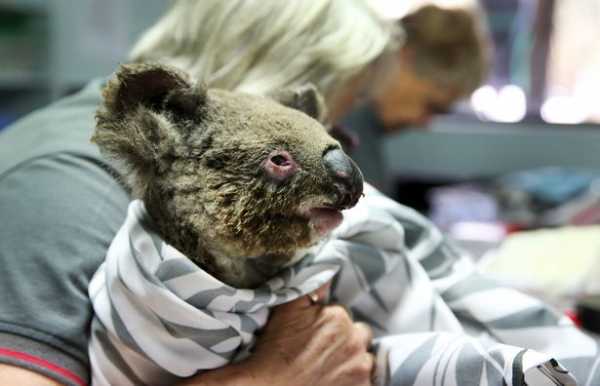 He added: “The bushfires have been devastating. So many koalas have died.

“We are trying hard to save as much wildlife as possible, and we are hoping to get as many back into the wild as we can, as soon as their habitat is restored.”

The handwritten notes on the huge hospital whiteboard show what the staff are up against.

Under the heading “Current patients” was a list of the afflictions suffered by the animals being treated. It read: “Burns; burns; burns.” 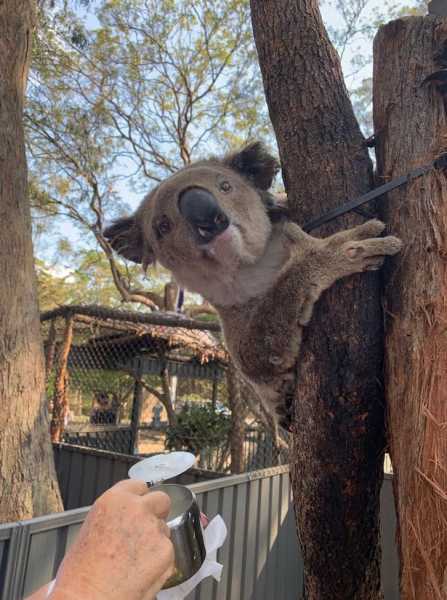 British volunteer Susan McInnes told of her pride in the facility’s work.

Susan, 55, from Bangor, Co Down, has been living in Australia for 18 months with her husband Andrew, said: “The hospital does amazing work with the injured and burnt koalas.

“It’s been so sad to see so many coming in but great that they are treated so well and so many recover because of the treatment they receive. 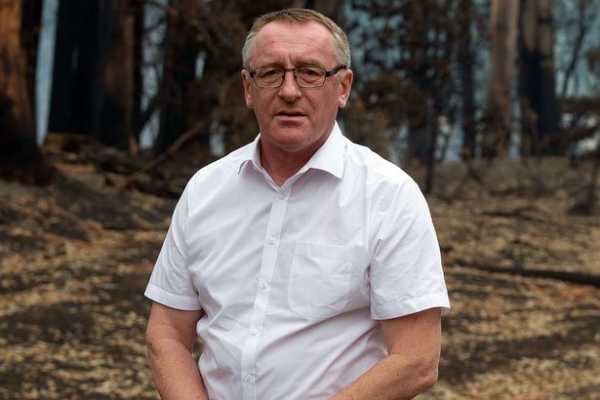 “I’m a volunteer here and I’m very privileged to play a very small part. The whole hospital is an absolute credit to Australia.”

Earlier this week Australian environment minister Sussan Ley said the marsupials were on the brink of extinction.

She said the koalas had taken “an extraordinary hit” in the past three fire-ravaged months. Ministers were so concerned they even flew up to Port Macquarie to see the hospital’s work as it fights for the stricken koalas.

As the fires continue in Australia’s sweltering summer, the hospital’s hard-working and dedicated staff keep battling on to try to save the koala population, one by one, day after day.