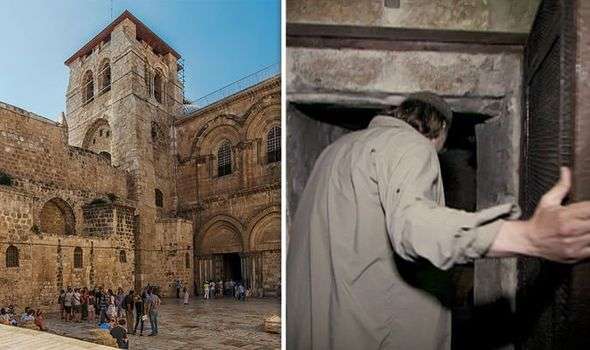 BIBLE scholars were stunned by a discovery beneath the holiest and most famous church in the world, which may expose Christian interpretations of the Gospels as wrong.

In the Bible, the’ “Calming of the Storm” miracle is told in the Gospels of Matthew, Mark and Luke, detailing the story of how Jesus Christ was woken during a “furious tempest” by his disciples. Jesus is reported to have said “Peace! Be still” to which the wind eased and the waves calmed, before they travelled to “the land of the Gadarenes”. Christians have long debated over their final destination, but have been unified over the belief the miracle took place on the Sea of Galilee.

However, biblical investigator Simcha Jacobovici may have uncovered the smoking gun beneath the Church of the Holy Sepulchre to blow that theory out of the water, it was revealed during Amazon Prime’s “Decoding the Ancients”.

The narrator said in 2004: “It seems that Jesus’ most intimate followers believed that the Second Coming would only happen when the Gadites – the Gadarenes of the Gospel – rejoined the Jewish people.

“As it turns out, there may have been repentant Gadarenes who did journey to Jerusalem after the crucifixion.

“Incredibly, at the Church of the Holy Sepulchre in Jerusalem, a holy site for Christians and the traditional location of the crucifixion, hidden from public view is Christianity’s earliest inscription. 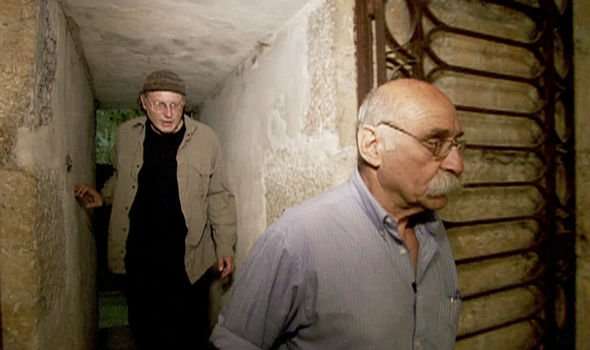 “And it may be the defining evidence that at least one member of the tribe came home.

“A door behind the altar leads to a tunnel and a long walk beneath the traditional site of Jesus’ burial.”

Stunned by the discovery, Mr Jacobovici exclaimed: “A secret chamber!”

The narrator then explained what they found within.

He added: “There, next to an altar dedicated to the Virgin Mary, is a second-century graffiti of a seafaring boat. 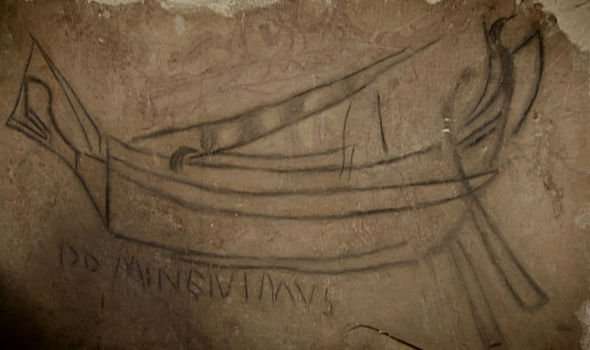 “Beneath it, there’s a Latin inscription suggesting that it [the boat] came from the west.

“The man or woman who drew this may very well have come from Spain.”

Professor Dan Bahat explained to viewers why the inscription may show Jesus’ followers travelling a distance much further than the lake believed.

He said: “What we can see here is a boat where you can see the mast, the sails are in red, it is very difficult to see. 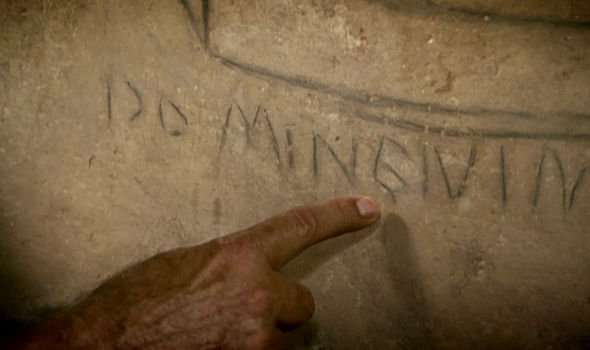 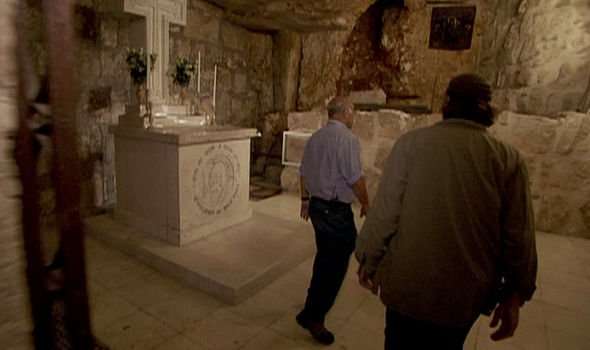 “I see here a pilgrim coming from the western part of the empire, it can be as far as Spain.

“It says two things, see how I came here by boat, but more importantly, and the most significant is the inscription which says Domine Ivivmusin.

Mr Jacobovici was in disbelief by the findings, claiming it could challenge everything the Bible has taught.

He stated: “2,000 years of tradition says that Jesus never left the Holy Land, and that his famous sea voyage was across this tiny lake.

“I think we can make a powerful case that the Sea of Galilee is not where the voyage took place.

“I think it took place across the Mediterranean, he didn’t go to Jordan, he went to Spain.”