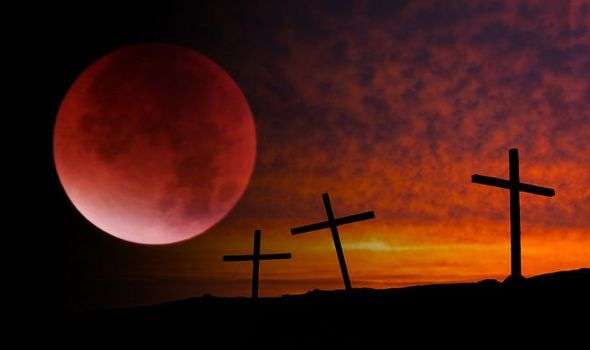 BLOOD MOONS and other prophetic signs of the apocalypse are unfolding in the skies, a Christian evangelist has bizarrely warned before Saturday’s lunar eclipse.

On the night of July 4 and July 5, the day Americans will celebrate their independence day, the Moon will be eclipsed by Earth’s shadow. Although the eclipse will not turn into a Blood Moon this time, a Christian evangelist has warned the US of doomsday prophecies unfolding before his very eyes. Pastor Paul Begley of West Lafayette in Indiana, US, is a prominent purveyor of conspiracy theories linked to Blood Moons and eclipses.

In an online broadcast to his more than 336,000 YouTube subscribers, the prophet of doom said the “prophecies of the last days” are here.

Pastor Begley said: “The world’s asleep. We’ve got a mask on our face, we’re walking around with our phones like zombies.

“We’re watching the day of the dead and the dawning of the dead, the zombie apocalypse.”

The firebrand preacher believes this weekend’s lunar eclipse is one of many signs foretold by the Bible. 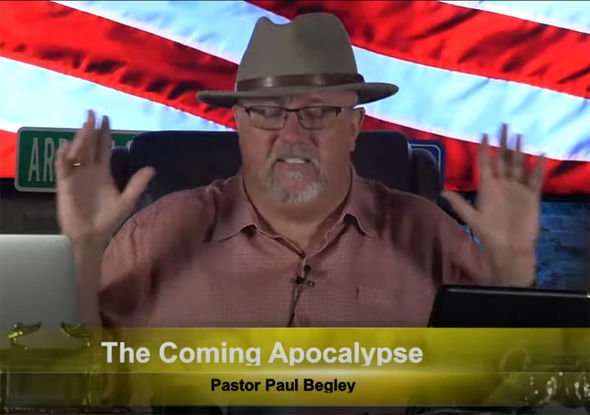 The Bible speaks of the Moon turning blood red in the last days in the Book of Joel, the Book of Acts and the Book of Revelation.

The Book of Revelation, in particular, speaks of the prophetic events that will unfold before the Second Coming of Jesus Christ.

Pastor Begley said: “We don’t see the prophecies of the last days right in front of our face because we don’t want to look at the Bible.

“And 90 percent of the churches won’t even open the Book of Revelation, so the church is so blind they don’t even know what’s going on.

“You know what the Bible told us to do? Watch and pray.

Pastor Begley then cited passages from the Bible, urging his online congregation to seek out the truth.

He said: “Look out for the Blood Moon, there’s a silver lining in it for you.

DON’T MISS…
End of world claim: Jerusalem third temple fulfils Bible prophecy [ANALYSIS]
Nostradamus 2020: What did Nostradamus say about 2020? [ANALYSIS]
Are eerie trumpet sounds from the sky a sign of the apocalypse? [VIDEO] 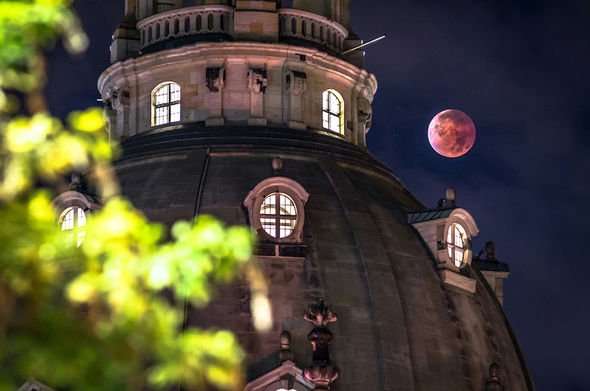 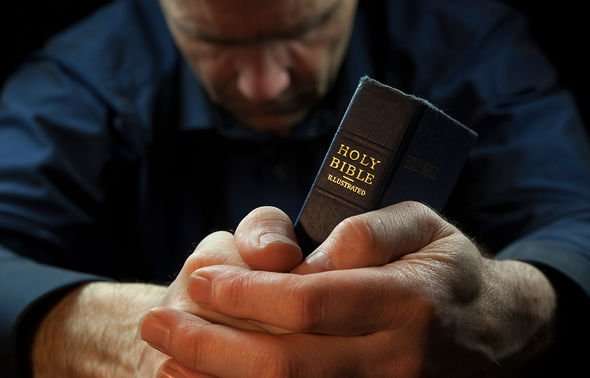 “If you know what you’re watching for. Oh no, people need to know what’s going on.”

The Bible’s Book of Joel 2 reads: “I will show wonders in the heavens and on the earth, blood and fire and billows of smoke.

“The Sun will be turned to darkness and the Moon to blood before the coming of the great and dreadful day of the Lord.”

The Moon similarly turns red in the Book of Revelation: “And I beheld when he had opened the sixth seal, and, lo, there was a great earthquake; and the sun became black as sackcloth of hair, and the moon became as blood.”

However, the upcoming lunar eclipse will not turn the Moon red.

The Moon will also not darken significantly as it will only be a penumbral eclipse.

The Moon will turn a rusty brown colour on May 26, 2021, during a total lunar eclipse.