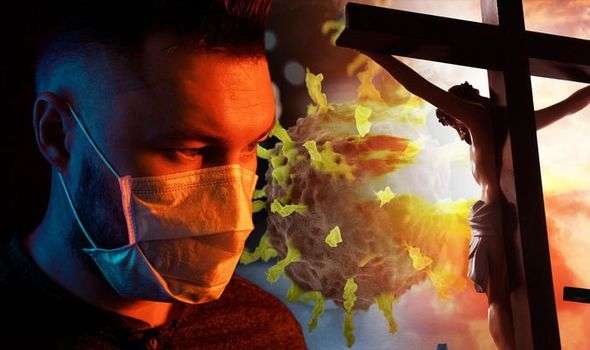 CORONAVIRUS has arrived as the herald of the Apocalypse, hardline Christian theorists have outrageously claimed, citing biblical prophecies of pestilence and the end of the world.

The coronavirus disease (COVID-19) has infected more than 75,000 people and killed more than 2,000 since December last year. As the epidemic sweeps through China and the rest of the world, many fear the virus was foretold by the Christian Bible.

Religious fundamentalists have flooded social media in the past two months with prophecies pulled out of the Bible’s Book of Revelation.

Mr Flurry read out on air fragments of the Bible, which he believes prove the coronavirus is a harbinger of doom.

He quoted Ezekiel 38:22, which reads: “I will plead against him with pestilence and the blood.”

Mr Flurry then said: “God is pleading, he’s pleading. We know there’s all kinds of imminent pestilence epidemics that are going to sweep across this world during the Great Tribulation. 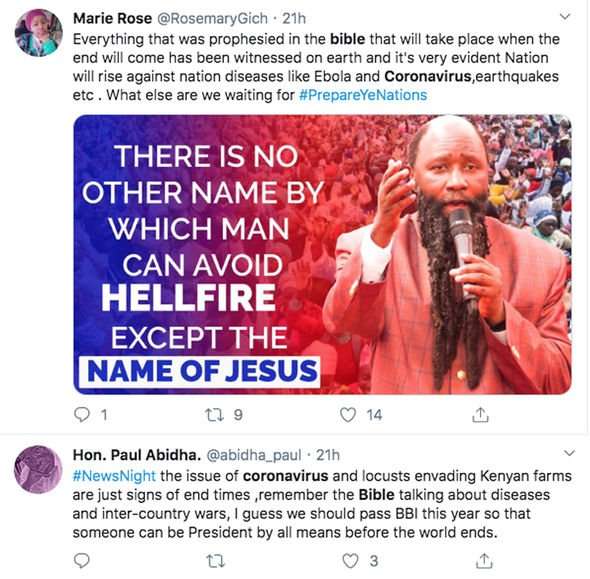 “But what about the lead up to it? Jesus talked of this in Matthew 24.

“Revelation 6 talks about the Seven Seals. The first four of those Seals are called the Four Horsemen of the Apocalypse.

“They represent religious deception, war, famine and disease. This is one of the Four Horsemen of the Apocalypse.

“That pale horse in verse eight. ‘Behold the pale horse.’ it says ‘and his name that sat upon him was Death and Hell followed him and power was given unto them over the fourth part of the world to kill with the sword, and with hunger, and with death, and with the beasts of the Earth.’

“And so this is prophesied to get to worse, much worse. A fourth part of the Earth?

“Why this is just a drop in the bucket. A handful of people that contracted the virus here in the UK or tens of thousands in Wuhan?

“What about when this is fulfilled? You can also read about a related image in Zechariah 6.”

The coronavirus, which appeared in China’s Wuhan City last year, has spread like wildfire through mainland China.

Although the virus has been mostly contained with the country’s borders, individual infections worldwide have sparked fears of a pandemic.

The World Health Organization (WHO) believes the virus can be contained and treated in due time.

But online conspiracies about the virus being a weaponised pathogen or a prophetic sign from the heavens have only stoked global unrest.

DON’T MISS
Coronavirus: The one thing that can help prevent infections revealed [INSIGHT]
Is coronavirus slowing down? Iceberg not as big as feared [COMMENT]
When should the UK isolate from coronavirus? [ANALYSIS] 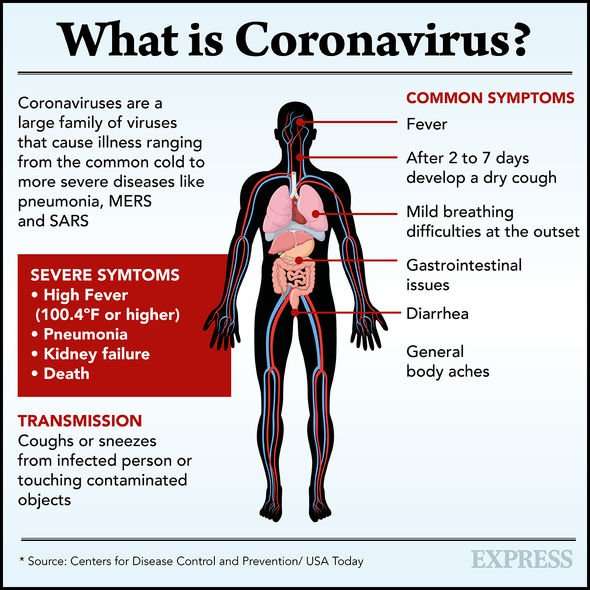 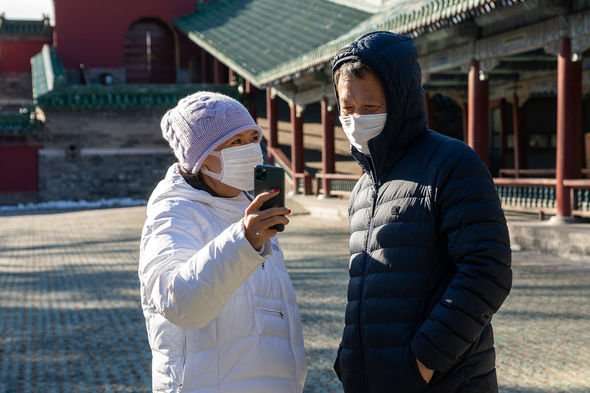 Earlier this month, WHO Director-General Dr Tedros Adhanom Ghebreyesus warned against trolls and the spread of misinformation.

He said: “At the WHO we’re not just battling the virus, we’re also battling the trolls and conspiracy theories that undermine our response.”

However, many conspiracy theorists have taken to social media to claim the “last days” of mankind are fast approaching.

Twitter user Marie Rose said: “Everything that was prophesied in the Bible that will take place when the end will come has been witnessed on Earth and it’s very evident Nation will rise against diseases like Ebola and Coronavirus, earthquakes etc. What else are we waiting for #PrepareYeNations”

Paul Abidha said: “#NewsNight the issue of coronavirus and locusts invading Kenyan farms are just signs of end times, remember the Bible talking about diseases and inter-country wars, I guess we should pass BBI this year so that someone can be President by all means before the world ends.”

And Gerald Van Mwavali said: “Everything you have said there is, Biblical. The birth pains are usually unbelievable.

“Look at how the Corona Virus, and Locusts are a threat to all nations…

“#PrepareYeNations the birth pains have been used in the Bible to indicate: the imminent arrival of the lord JESUS.”

Confusion and chaos surround coronavirus testing in the US

NASA says an asteroid 3 times the size of a London...