Home Planet Earth Crete earthquake: Was tremor in tourist hotspot a ‘SIGN OF THE APOCALYPSE’... 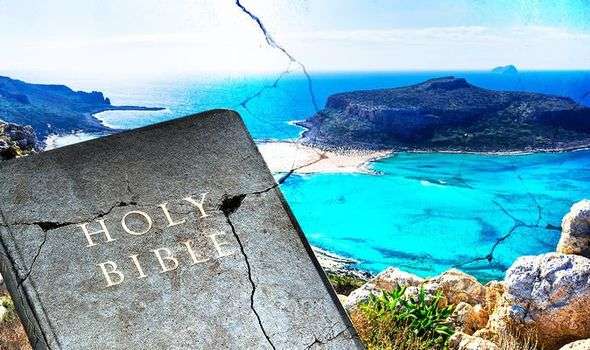 CRETE’S earthquake has sparked fears the apocalypse is nigh as conspiracy theorists have claimed the sign was referenced in the Bible.

Greece’s popular tourist island of Crete was rocked by a major earthquake registering 6.5 magnitude. The powerful tremor hit just south of the island in the Mediterranean sea at a depth of 10km (6 miles) on Saturday (May 2) afternoon, according to the European Mediterranean Seismological Centre (EMSC).

The earthquake was felt across the island, although there are currently no reports of damage or indeed injuries to civilians.

The commander of the Fire Service of Crete, Demosthenes Bountourakis, told AMNA: “We are monitoring the developments and we have implemented all the planned measures. However, so far there has been no call for help.”

Nonetheless, biblical conspiracy theorists have claimed the Crete earthquake was a sign of the apocalypse.

With the tremor hitting a popular tourist hotspot, conspiracy theorists believe this scenario was mentioned in the Bible. 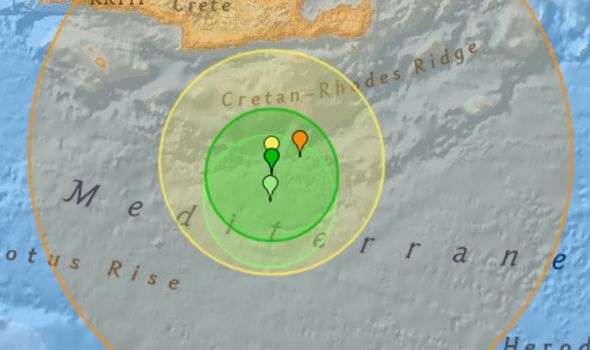 This passage talks about “divers places”, which Beginning of Sorrow has compared it to a tourist hotspot where recreational diving takes place.

The full passage reads: “Luke 21:11 And great earthquakes shall be in divers places, and famines, and pestilences; and fearful sights and great signs shall there be from heaven.”

Some were in agreement with Beginning of Sorrow, claiming the end could be near given the current global health crisis.

One person said on Twitter: “Not only the coronavirus chaos, but following [sic] the earthquake in Crete.”

However, the Twittersphere was quickly dismissive of the claim, with one person simply writing: “Oh shh”.

Estimates suggest the quake was centered around 90km south of the Greek island, which is a popular holiday destination.

Twitter reports suggest the quake was felt as far away as Albania, with some claiming to have felt it in the Middle East. 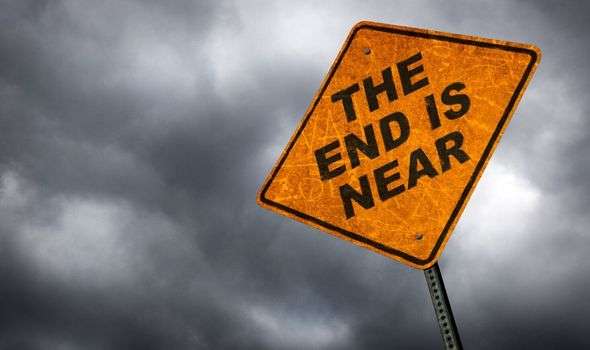 The Athens Geodynamic Institute said the quake struck about 55 km south of the city of Ierapetra.

Crete and Greece are particularly seismic regions of the globe, with earthquakes taking place their regularly.

However, no one has died as a result of an earthquake in Crete for more than 50 years.

The biggest earthquake in known history in Crete came in 365 AD, when an 8.5 magnitude tremor killed thousands of people.